Hot Blog Rumor: Maybe One of Those Huntsman Boys Gabbed To Harry Reid About Romney's Taxes 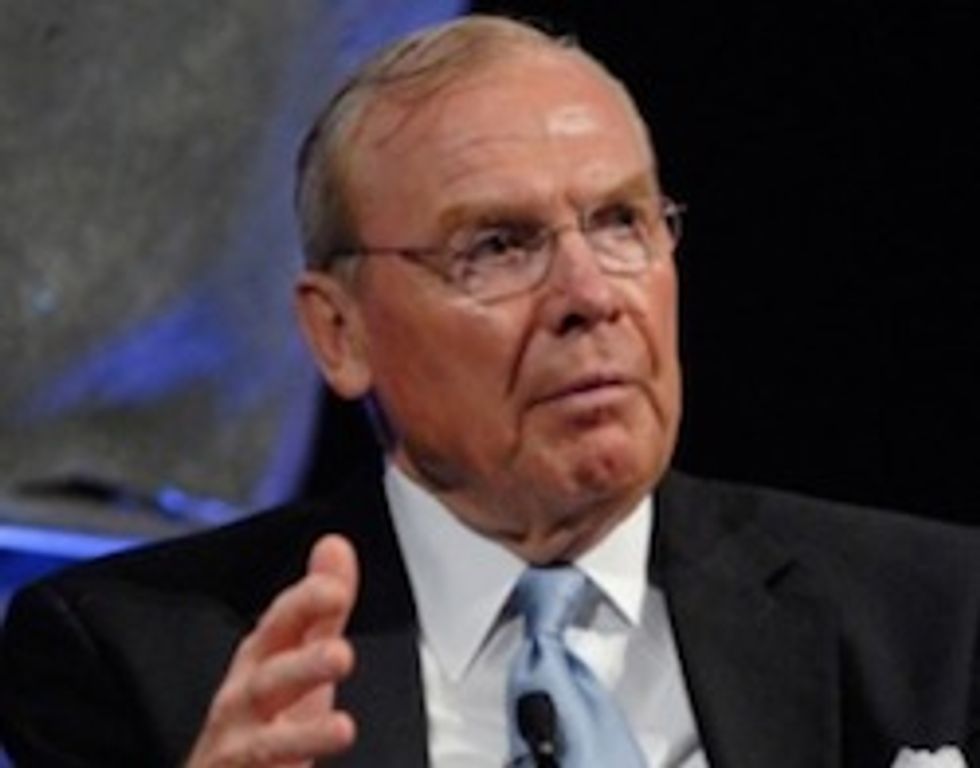 The Internet is rapidly zeroing in on the identity of Harry Reid's source, the one who was like "oh yeah Harry, that guy, Romney, no taxes from that guy," which Harry Reid reiterated on the Senate floor, destroying any semblance of what had previously been a sense of good faith and comity between the two parties in the World's Greatest Deliberative Body. After a couple of weeks,Kos and Cannonfire nosed around a bit and found themselves with a lead: Oh, duh, it's probably someone from the other rich Mormon political family that owns the other half of Utah, the Huntsmans -- Jon Jr. and pop Jon Sr. They're not the first to surmise that Reid's source came from within powerful Mormon circles, where secrets do not appear to be safely kept. But they are the first to google around for a few more nuggets of circumstantial evidence and crap it out into a blog post, because why not?

McKay Coppins, the Mormon guy at Buzzfeed who is MAYBE ALSO THE REID SOURCE? (BECAUSE HE IS MORMON AND... OTHER STUFF?), called up some other Mormon politics guy to ask him about the rumors. (And, *sigh*, He engages in vulgar hate speech against bloggers to make his point. As though we marched all those years for nothing. We have theories about Big Foot and crop circles and space ships? Dude, we don't want to "get into it," but try googling your religion):

Chuck Warren, a Salt Lake Republican strategist who endorsed Romney in the primary and has fundraised for the younger Huntsman's gubernatorial bid, dismissed the speculation as "ridiculous."

"I mean, people who believe this are the same people who espouse a theory that Big Foot is making crop circles with his space ship," said Warren, whose firm is Silver Bullet. "Besides the obvious fact that Mr. Huntsman is not Gov. Romney's accountant... he is simply a more honorable man than that. He doesn't work in the shadows, and because you donate $9,600 to someone, probably less than .0001% of what Harry Reid collected that cycle, doesn't make them BFFs."

Another Utah powerbroker who endorsed Huntsman in the primaries was similarly incredulous.

Gross. And now Huntsman Sr. himself has chimed in at Greg Sargent's blog, saying he's not the source (he would say that), but, in any event, Mitt Romney should release more tax returns:

But I just got off the phone with Huntsman, and he confirmed to me that he is not Reid’s source.

However, in a move that could be significant, Huntsman forcefully called on Romney to release his tax returns. This matters, because Huntsman is a longtime backer of Romney — he has long been close to Romney; he supported his early campaigns; he was the national finance chairman of Romney’s 2008 presidential campaign; and he has raised a lot of money for him over the years. (He backed his own son in the latest GOP primary.)

“I feel very badly that Mitt won’t release his taxes and won’t be fair with the American people,” Huntsman told me. In a reference to Romney’s father, who pioneered the release of returns as a presidential candidate, Huntsman said: “I loved George. He always said, pay your taxes for at least 10 or 12 years.”

“Mr. Romney ought to square with the American people and release his taxes like any other candidate,” Huntsman said. “I’ve supported Mitt all along. I wish him well. But I do think he should release his income taxes.”

All very interesting. But for now, we'll go back to thinking the source was Chuck Schumer in a bad cowboy voice.