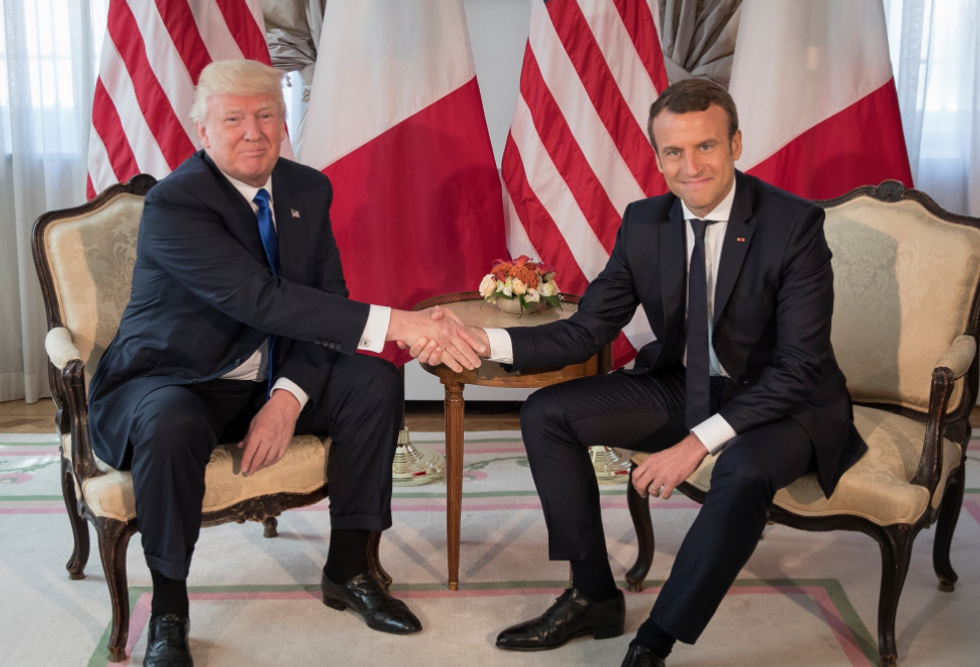 It's just no fun when Sadsy McDipshit is the president of America :(

Donald Trump's excellent foreign field trip continues! If you came here looking for a post about the important things Trump said in Belgium about NATO, which he has previously called "obsolete," you are in the wrong place, buster. This is a post about how new hot French president Emmanuel Macron saw Donald Trump coming when he went in for a handshake, and proceeded to respond in kind with a Strong Sexxxy French Handshake, which rendered Trump's own handshake weak and sad and tiny and bad.