House Prepares To 'Cut' Taxes By Killing Rule That Makes *Raising* Taxes Harder. (YOUR Taxes, Unless You're A Millionaire) 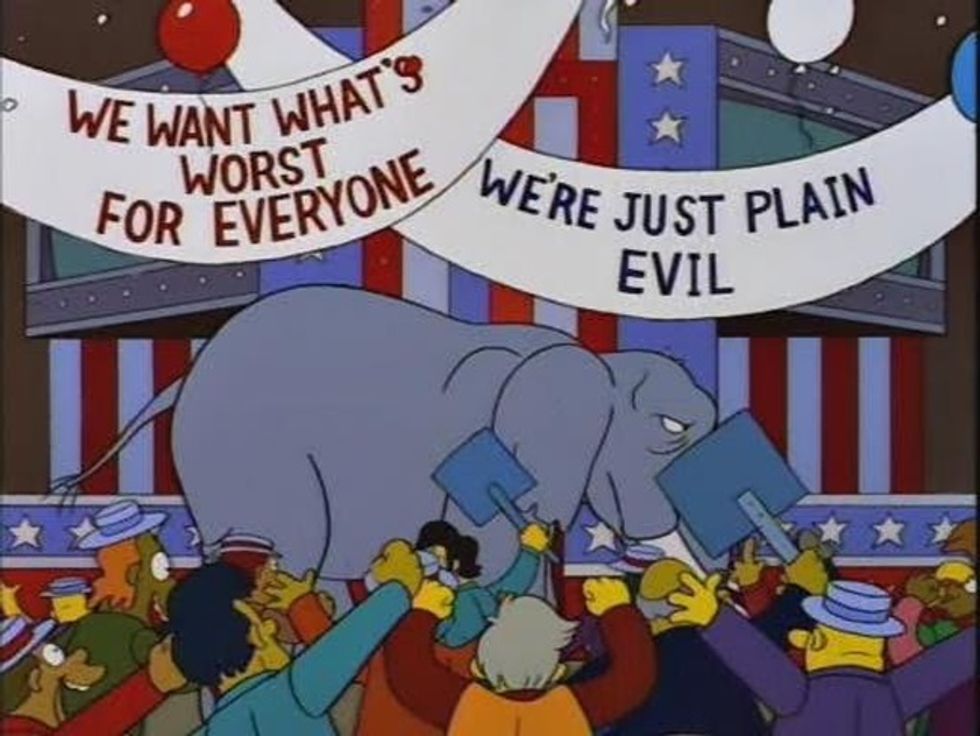 They're getting their message out, at least

In order to set the stage for a whopping four hours of debate today on the House version of the Big-Ass Tax Cuts for Corporations and the Rich Act of 2017, the House Rules Committee met last night to waive a 1995 Republican-passed rule requiring a 3/5 majority on any bill that raises taxes. Politico senior writer Michael Grunwald shared the scoop (the full article is only available to Politico Pro subscribers, so thanks for letting us behind your own paywall, Mr. Grunwald!):

On Further Reflection, Steve Mnuchin Admits Tax Cuts Might Help Super-Rich After All

All the rich want is your fair share. Is that too much to ask?

Republicans have been insisting that their wonderful tax plan will cut taxes for everyone (and maybe, sure, for the rich the most, but that's only because they have more money than us lowlife scum).

Yes, that rule was put in place as part of Newt Gingrich's Contract On America after Republicans took over the House in 1994, and the whole point was to set a higher bar for tax increases. But hey, if it's tax increases on the middle and working classes to help pay for tax cuts on rich Republican donors, it's obviously important enough to merit waiving the rule. Don't take our word that taxes would be go up for many families -- that comes right from a report from the nonpartisan Joint Committee on Taxation.

[The] provision to waive the 3/5 rule is merely intended as a "protection" for the House bill against any narrow attempts to derail it, said Caroline Boothe, communications director for Rules Committee chairman Pete Sessions.

The simply want to avoid any parliamentary maneuvers by Democrats to slow down their little juggernaut of a tax cut, which the House would like to ram through by Thursday afternoon, if at all possible. Wouldn't want to head into the Thanksgiving break without a big tax break for the super-rich to thank them for.

Yr Wonkette is supported by reader donations. Please click here to help us pay our share of the Help The Rich Tax Bill.