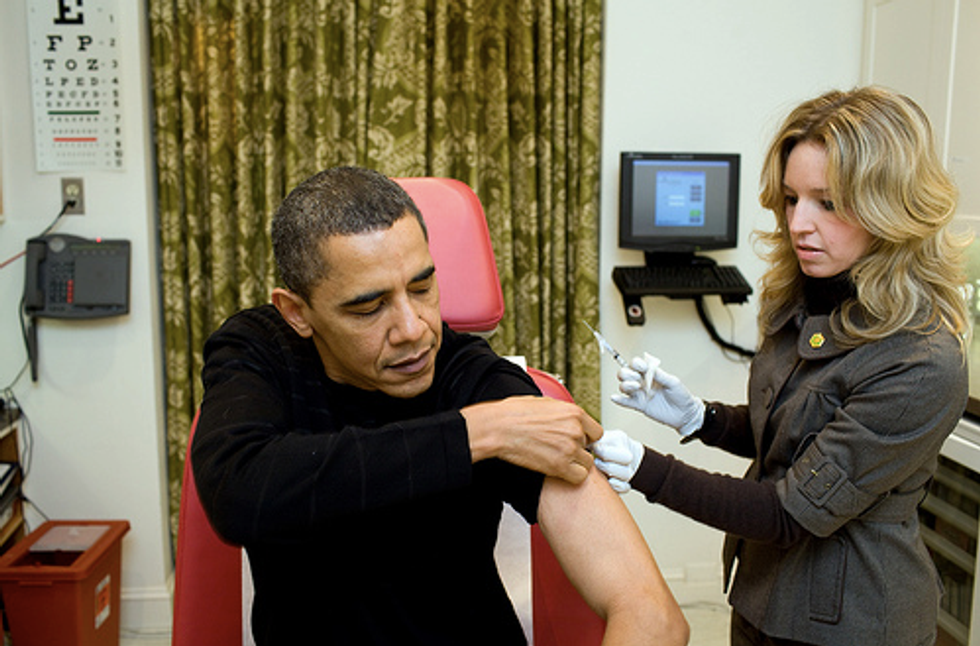 John Boehner and House Republicans have enjoyed their assassination vacation, but they don't have time to try out the titles of any other Sarah Vowell books, because they have to spend next week performing their most important legislative achievement of the next two years:pretending they can repeal Obamacare. This is what Gabrielle Giffords would want, after all. She put her life on the line every day, especially when meeting her violent constituents, because she believed she was doing important work, like these pointless exercises. If only that dead nine-year-old could have lived to see this, eh? If only. She would be so proud of her country.

In light of the shootings, the health care debate will be closely watched to see if lawmakers show new restraint after calls from President Obama and many others to bring a more civil tone to political discourse. In his statement, Mr. Dayspring said, “It is our expectation that the debate will continue to focus on those substantive policy differences surrounding the new law.”

Right. Such as how Obama wants to murder all of your family and, more importantly, probably even your precious pets, with socialism.

Democrats will probably even try to defend their health care legislation.

This is not going to be civil. But maybe if we dress everyone up in powdered wigs and morning coats, it will seem like it. Though Louis Gohmert will probably spill orange sherbet all over his, so never mind. [NYT]