House's Obamacare Repeal As Bad For Jobs As For Healthcare, Hooray! 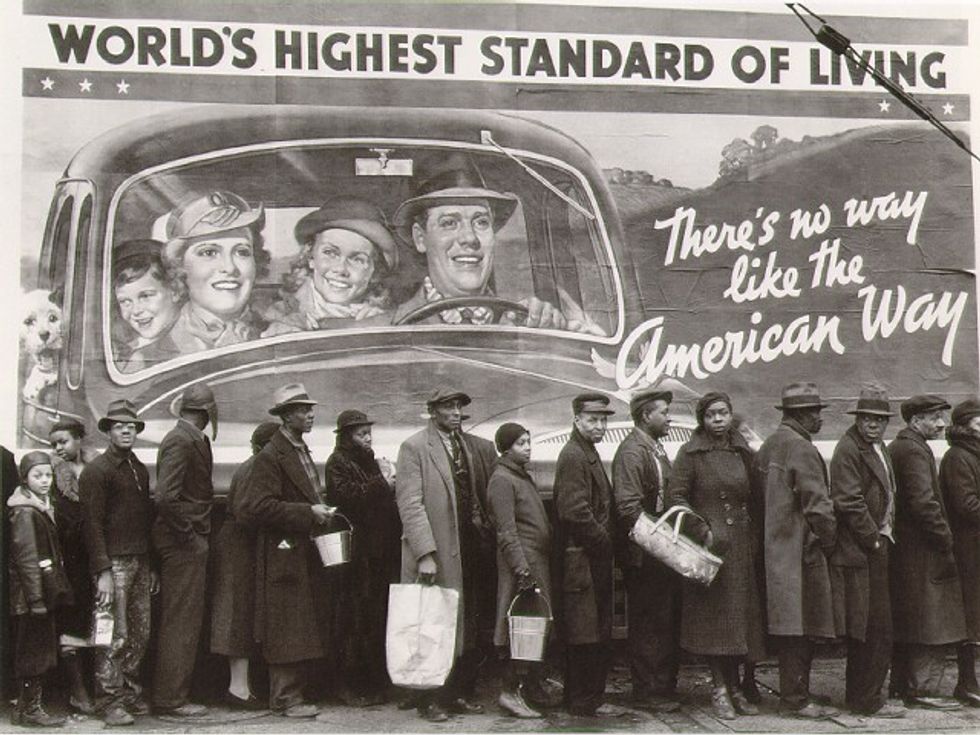 Stop fretting: the 1 Percent will be fine!

We've been bringing you all sorts of cheerful news this week about Senate Republicans' terrible Obamacare repeal bill, which they're so proud of that they're writing it in secret. At least we assume it will be terrible, since they're going out of their way to hide the thing -- including an aborted attempt to ban reporters from interviewing senators in the hallways of the Capitol. So while it's still unclear what rough beast will slouch forward onto the Senate floor for a vote, chances are it will be some variation on the House's shit sandwich, the American Health Care Act, which the Congressional Budget Office estimated would leave an extra 23 million Americans uninsured. Nobody expects the R's to treat us to a surprise single-payer system. Now, based on that CBO analysis, a new study predicts that the AHCA, if passed, would help tank the economy, resulting in job losses both in healthcare and in the economy as a whole. Turns out that slashing health care spending will put a lot of people out of work! Who could have predicted such a thing?

The report, published Wednesday by the Commonwealth Fund and the Milken Institute School of Public Health at George Washington University, estimates that by 2026, the American economy would lose 924,000 jobs -- a number that could get even worse if there's an economic downturn between now and then.

The report found that while states across the country would lose jobs, the biggest losers would be -- big surprise -- some of the biggest states, especially those with significant medical employment. Oh, look, a map!

States that expanded Medicaid under the Affordable Care Act would be especially hard hit:

States that expanded Medicaid have deeper and faster losses. Having earned more federal funds, they lose more when Medicaid matching rates fall. While cutting funds to states that expanded health insurance for low-income Medicaid populations, the bill temporarily increases funding to states that did not expand Medicaid. Nonetheless, states that did not expand Medicaid, like Florida and Maine, experience job and economic losses after a few years. In fact, Florida has the third-highest level of job loss in the nation by 2026.

Now, since the AHCA is really a great big tax cut for the rich, the study did find that there would be some short-term job gains as some businesses expanded with all the money handed to them by the poors who'll be losing healthcare. Those gains would be more than offset by the economic decline caused by the loss of funding for healthcare and healthcare jobs. The loss of medical sector jobs would have a follow-on effect: If hospitals close, then the businesses that supply them, the stores that sell groceries to staff lose revenue, and so on.

Within the health sector, job losses due to coverage-related cuts are much greater than gains due to tax repeal; losses in health care jobs begin immediately. In other sectors, employment grows at the beginning but later declines.

Fortunately, at least some of those medical workers will surely find jobs as personal doctors and nurses on somebody's yacht. Lab techs will have to settle for swabbing the deck.

Not surprisingly, the ACA has been good for jobs in the medical sector, as ThinkProgress points out:

For example, New York received ACA grant funding to test effective ways to incentivize Medicaid beneficiaries, who struggle with chronic diseases, to participate in prevention programs and change their health risks. With that grant, New York created new programs at existing managed care organizations, which required new hires. The grant created positions like care coordinators, who connect and follow-up up with patients and providers in the program.

Those moochers will go away when the ACA is repealed, and their patients can go back to being sicker and dying sooner, which might lead to higher costs in the Medicaid program, but won't, since Medicaid funding will be slashed by over half by 2026. Again, not to worry: everyone affected by those cuts can become an investment banker and buy a BMW.

For an example of how just the AHCA's Medicaid cuts would affect just one state, take a look at Montana, please, where an analysis commissioned by the Montana Healthcare Foundation found that more than 70,000 adults would lose healthcare by 2026. The Medicaid expansion covered 75,000 Montanans who previously lacked insurance; the cuts would almost completely eliminate that gain. Worse, there are the knock-on effects: Losing a third of Montana's Medicaid funding would force the state to cut other funding priorities like education or infrastructure to care for sick people (or hell, let 'em become investment bankers or die).

The caps on annual Medicare funding would make it harder for the state to respond to healthcare emergencies, like disease outbreaks, or financial reverses caused by an economic downturn (which can't happen, because under Trump the economy will expand by 4% annually forever). The cuts would also force the state to reduce its spending on healthcare across the board,

through cutting eligibility, reducing reimbursement rates, eliminating benefits, or otherwise reducing spending for the children, seniors, people with disabilities, and adults who remain in coverage.

So that's one large state with a relatively small population, much of it in rural areas. And yes, the state went Republican in 2016 -- but the people who'd be hurt the most are the most vulnerable, who may have been too busy scraping by to spend a lot of money on MAGA hats.

Then again, the Republican plan may slow down the elimination of Medicaid by a few years -- that's Republican "compassion."

Yr Wonkette is supported by reader donations. After you've called your senators to politely tell them what they should do with their secret plan to kill Obamacare, please click the "Donate" clicky below!