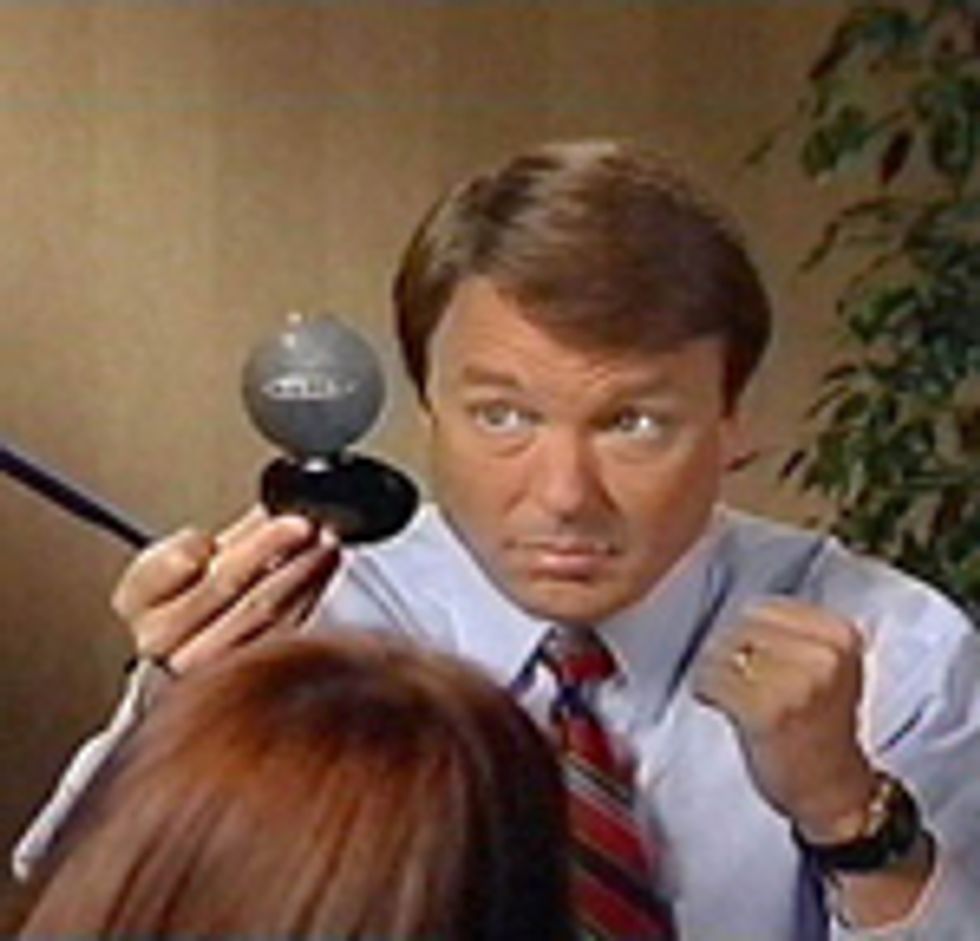 Hey, here's a hilarious way to get someone to find your secret, life/career/marriage-ruining sex tape that you filmed with a minor Jay McInerney character: lazily and shadily unwind some of the tape and label it "SPECIAL." Because no one will want to quickly put it back together and watch it!

John Edwards' former slave Andrew Young, who is just obliterating his old boss' pathetic life with nuclear bombs in public, will appear on an episode of 20/20 either tonight or tomorrow, and no one will watch it, which is why why have Internet previews and copy-paste functions!

He details how he and wife Cheri briefly returned to Raleigh, N.C., in July 2008 to clear out the house where Hunter had briefly lived before their December 2007 escape from the media. Young claims they found a box Hunter had left behind, which included some videotapes, in a pile of trash.

"There was one tape that was marked 'special,'" Young told ABC News' Bob Woodruff in an exclusive interview. "It's a sex tape of Rielle and John Edwards made just a couple of months before the Iowa caucuses."

"It's amazing the tape exists. ... But to leave it in a house that's for sale -- where Realtors are going to be coming through it -- and leave it there for eight months -- is unbelievable," Young said.

Young justified his actions, writing how he made plans to secure the tapes and leave copies with his lawyer should anything happen to him.

"We weren't going to use it in any nefarious way, but I planned to deposit a copy in a safe-deposit box and place at least one other with an attorney with instructions to make it public, if necessary, should anything suspicious befall us," Young wrote. "I had read enough John Grisham novels to think that ... sometimes powerful, rich people don't always play by the rules. And we were scared."

And that is where it remains -- in a secret safe deposit box, along with Barack Obama's "long-form" Kenyan birth certificate and a security tape of Hillary Clinton eating Vincent Foster's brain. This box is hidden in yet another pile of Rielle Hunter's trash.

They will never learn.