How Can Obama Laugh When There Are Still Economic Problems? 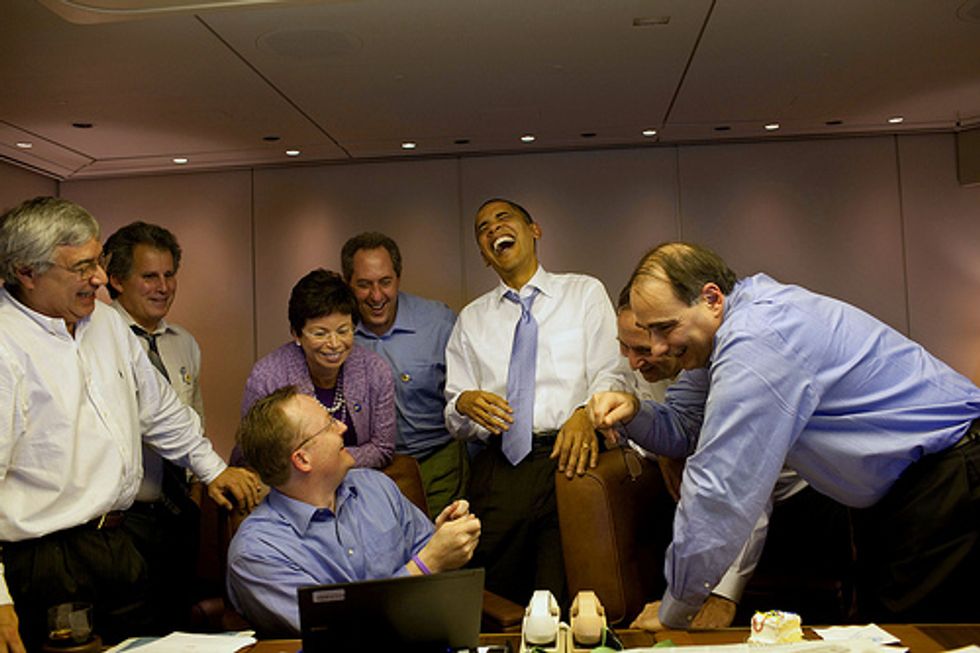 So, the scandalous image was purportedly taken on November 12 of this year, 2009, but really, can you trust *anything* from these ACORN street hustlers? (If this is an airplane, then how come there are telephones on the table? Everybody knows you can't use phones on airplanes, and also there are no tables on jets. Jeez!)

Anyway, November 12, "11/12/09," last day on the Mayan long-form birth certificate. What kind of terrible stuff happened on this day, that would make our so-called president and his Merry Men (and one lady) laugh so freakin' hard? Maybe a city of white people got drowned by FEMA?

Let's examine the archives of the Library of Congress:

2. RNC Makes Cool-Looking Ad That Still Lies About Everything

All great chapters of actual historical comedy, but we're going to have to insist on No. 3, for obvious reasons. [White House Flickr]

UPDATE: Oh, wait, this picture was taken on November Fourteenth, not 11/12. So, uh, never mind.