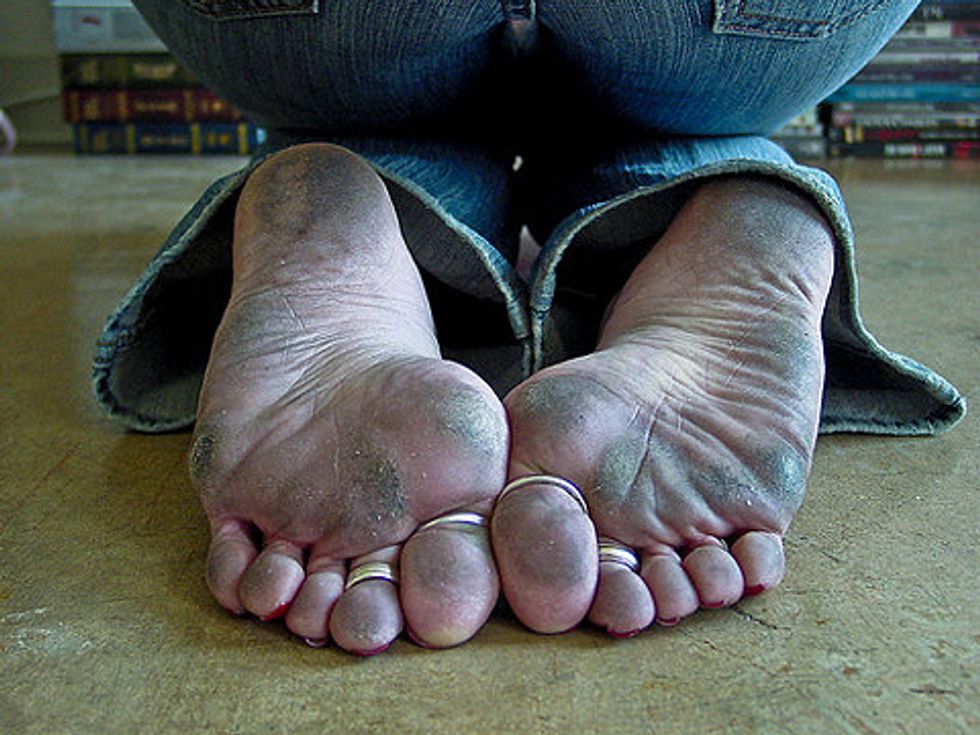 Sexboat toe goblin Dick Morris has some thoughts on the typically thuggish Chicago regime, and how they "Rough Up Gallup for Polls They Don't Like." Get ready you guys, because it is terrifying!

In a scene right out of a typical authoritarian regime, Fox News reports that “employees at the venerable Gallup polling firm suggested they felt threatened by Obama campaign adviser David Axelrod when he questioned the methodology of a mid-April poll showing Mitt Romney leading the president – according to internal emails published Thursday.”

The Daily Caller published e mails that started when Axelrod sent a tweet to Gallup saying the tracking poll was “saddled with some methodological problems” and directing followers to a National Journal story in which a professor suggested outdated sampling.

According to the email chain titled “Axelrod vs. Gallup,” the White House in addition asked that a Gallup staffer “come over and explain our methodology,” which was apparently perceived as a subtle threat.

Fox News reported that “a Gallup official said in an email he thought Axelrod’s pressure ‘sounds a little like a Godfather situation.’”

Gallup refused to change its methodology to suit the White House.

It does! It does sound a little like a Godfather situation! Thank God those brave Gallupers stood up to these mafiosi running the country and demanding that Gallup show its work or else they won't get even partial credit!