How Is Facebook Breaking America For Trump And Russia Today? 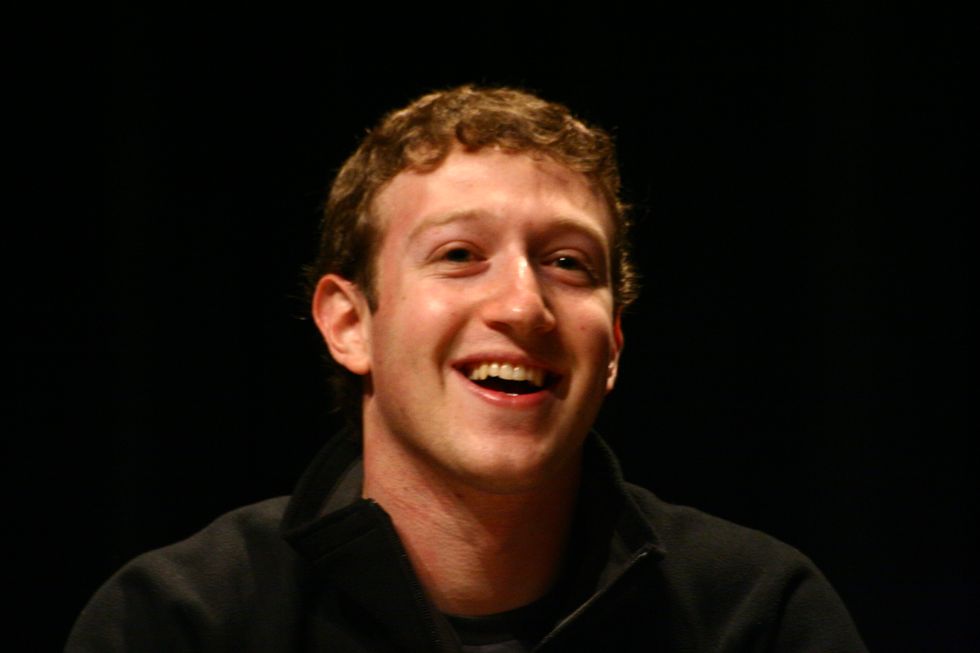 It was very mean of us to use a picture of Mark Zuckerberg for this post, probably. Again.

Oh Facebook, we wish we knew how to quit you. And oh Facebook, we wish you knew how to quit being a Trump-Russia tool during the 2016 election. The latest on Facebook's slow, unsteady march to admitting the Trump campaign and Russia SORTA KINDA MAYBE might have brilliantly manipulated it to spread propaganda bullshit to unwitting idiots is that just after the election, President Barack Obama actually pulled Mark Zuckerberg aside to tell him, "Oh hey, in case you haven't heard, tons of your accounts are fake and half the shit you allow to go viral on your platform is literal Russian shit." As the Washington Post reports, this happened precisely NINE DAYS after Zuckerberg had told the world it was "crazy" to think his dorm room nerd boner science project might have affected (effected? COULD BE EITHER) the outcome of the election.

But back then Mark Zuckerberg was like "EMOJI LOL OBAMA, U ARE OLD," or whatever Mark Zuckerberg says when he opens his millennial flap-yapper to respond to the last (and possibly LAST?) great American president:

Zuckerberg acknowledged the problem posed by fake news. But he told Obama that those messages weren’t widespread on Facebook and that there was no easy remedy ...

As WaPo reports, Facebook started seeing Russian malarkey way back in June of 2016 -- goddammit, it's ALWAYS June of 2016, isn't it? -- because its own cyber-security geeks were tracking Fancy Bear, the hacking arm of the GRU (Russian military intelligence). They even alerted the FBI to what they were finding, including fake accounts related to Guccifer 2.0 and DCLeaks, which started puking up hacked emails from the DNC that very summer. But, according to WaPo, they "did not find clear evidence of Russian disinformation or ad purchases by Russian-linked accounts," so we guess they went back to checking ChristianMingle or Grindr, #whatevs.

The sophistication of the Russian tactics caught Facebook off-guard. Its highly regarded security team had erected formidable defenses against traditional cyber attacks but failed to anticipate that Facebook users — deploying easily available automated tools such as ad micro-targeting — pumped skillfully crafted propaganda through the social network without setting off any alarm bells.

And they just didn't notice a shitload of their ads were being purchased WITH RUBLES, FUCKING RUBLES, OH MY GOD.

It's not that they did nothing, mind you. WaPo explains how Facebook developed top secret software to watch for weird patterns and fake accounts and anything else that might be a warning sign that ACHTUNG! THERE IS A RUSSIAN FAKE NEWS CAMPAIGN HAPPENING RIGHT NOW! Indeed, this is why Facebook was able to find and delete 30,000 fake accounts during the French election in May.

Now you might be recalling in your brain how Facebook said in May it had "no evidence" that Russia had dumpster-fucked the American election, and you might be cross-referencing that with the recent news that Facebook did ultimately find $100,000 in Russian ad spending (RUBLES. FUCKING RUBLES. RU-FUCKING-BLES) and "470" fake accounts. You might be wondering why Facebook was able to do so much in real time with the French election, while still keeping its head up its ass about the American election.

The answer is that Facebook simply hadn't used its new Fancy Dan searchin' doohickeys to look at the American election, and when it finally did, it worked backward:

Instead of searching through impossibly large batches of data, Facebook decided to focus on a subset of political ads.

Technicians then searched for “indicators” that would link those ads to Russia. To narrow down the search further, Facebook zeroed in on a Russian entity known as the Internet Research Agency, which had been publicly identified as a troll farm.

“They worked backwards,” a U.S. official said of the process at Facebook. [...]

By early August, Facebook had identified more than 3,000 ads addressing social and political issues that ran in the United States between 2015 and 2017 and that appear to have come from accounts associated with the Internet Research Agency.

Meanwhile, investigators are looking at the data operation Jared Kushner was "overseeing" for the Trump campaign that involved Facebook micro-targeting, and also at that weird data analytics company Cambridge Analytica (owned by the Mercers, who are gi-normous backers of Trump), which did (????? UNCLEAR) for the campaign, and oh yeah, the Mercers are also big backers of Steve Bannon's Breitbart, which investigators are also looking at for its role in disseminating Russian disinformation, and, and, and, AND, AND, AND.

Golly, we just wonder where all of these things intersect! Maybe this guy knows:

Let's see, is there anything else we should tell you? Oh! Here's a weird thing in Buzzfeed about how Steve Bannon and his goons tried to hatch a plan in the summer of 2016 to "infiltrate the Facebook hiring process" by sending trolls to apply for the hottest Facebook jobs, so they could find out how Facebook was #oppressing them by occasionally not allowing Russian Breitbart Fake News to go completely viral.