How Is Michelle Obama Taking The Jesus Out Of Easter Now? 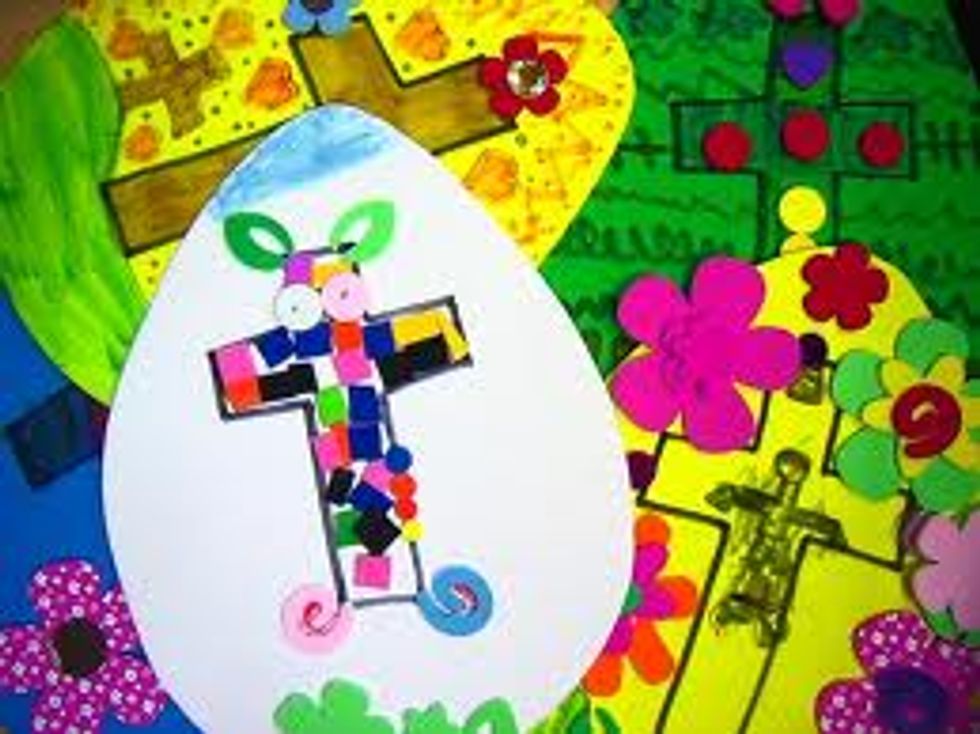 Ghetto-elitist/Harvard-ACORN/exercise-Nazi-fat-person Michelle Obama has done it again. She has RUINED EASTER by letting her husband, Ol' Idiot-Head there,wish Iran a happy Nowruz while NEGLECTING to celebrate the holiest day in Christendom. But don't they have a big Easter celebration at the White House every year? you are scratching the fleas from your Levon Helm hipster beard and wondering. YES. How dare Michelle Obama follow White House tradition by offering an Easter celebration for all children to cry at instead of just the besaved ones! And now she is filthying it up even more by inviting her Hollywood liberal elite reality television cooking show friends to set up food tents filled with food that is neither ham nor Christ's body. (Presumably.)

So what is Moo-Shell politicizing now? Oh, just EVERYTHING.

As hundreds of kids comb the grounds of the White House looking for colorful eggs at next Monday's Easter egg roll, eight celebrity chefs will be adding their own flavors to the affair, giving cooking demonstrations in a pavilion on the South Lawn — right near first lady Michelle Obama's famous Kitchen Garden.

Five of the chefs have appeared on "Top Chef," either as contestants or guests: Sam Kass, White House Senior Policy Advisor for Healthy Food Initiatives; Bryan Voltaggio, chef/owner of Volt restaurant in Frederick; Carla Hall, from ABC's "The Chew;" Paul Qui, Executive Chef of Uchiko in Austin, Tex.; and Richard Blais, host of "Reinventing the Meal" on the Cooking Channel.

There she goes, with her CELEBRITY friends again, yanking the anusburgers from your cold dead hands and "jamming" quinoa salad down our throats. Are you going to stand for that, Merka? FREEDOM! [WashingtonExaminer]