How Is The Daily Beast Being A Raging Dumpster Fire Today? 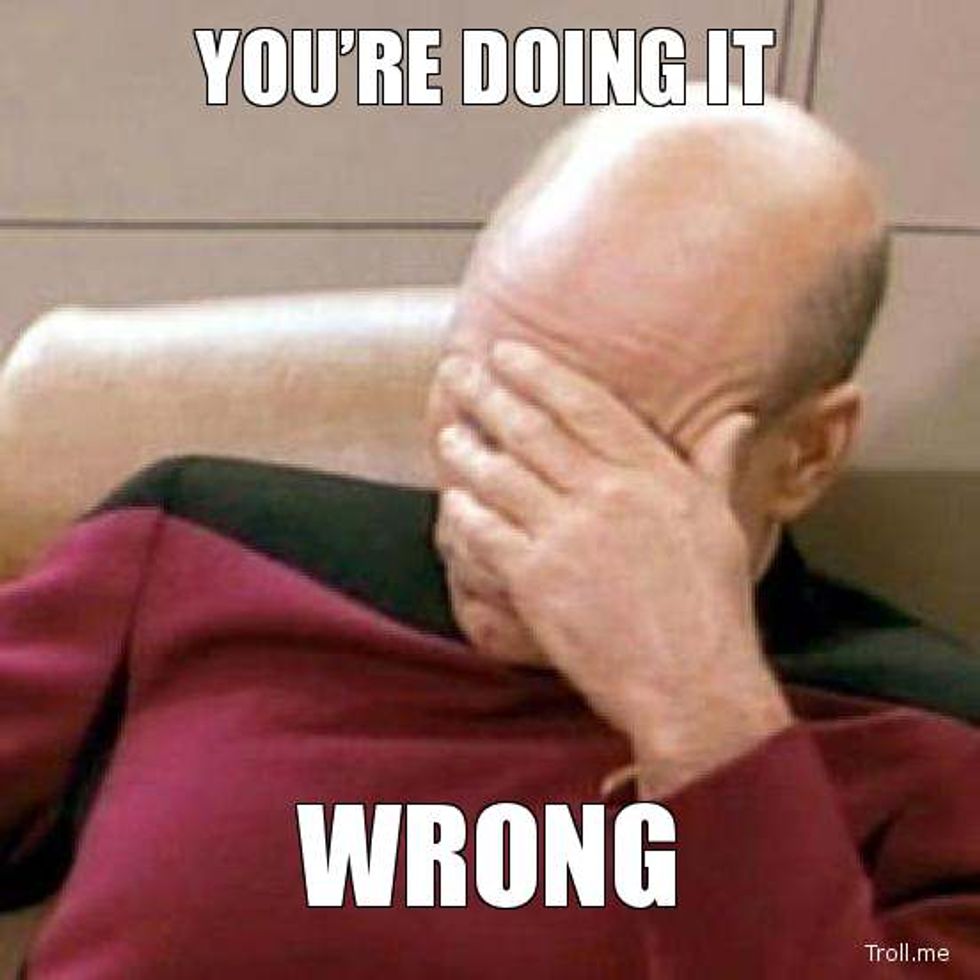 And by "it," we mean journalism.

It's been a fortnight or two since we've yelled at The Daily Beast for being bad, hasn't it? Last time, it was when they misidentified the San Bernardino shooter FOR HOURS, wasn't that special? And now, alas, we must yell at them again, because they thought it would be cool to send a straight reporter to the Olympics in Rio, have him get on Grindr, and then write a hilarious article about all the athletes who wanted to bone him. Even better than that, he included enough details about the athletes in the piece that he ended up outing people. Even better than THAT, the journalist openly admits that some of these gay athletes come from really homophobic countries HAHAHAHAHAHA LOL!

First let's look at the article itself, which, as Slate's Mark Joseph Stern points out, has been scrubbed of many of the identifying details on the athletes since it was published. The "journalist" is called Nico Hines, and this is the piece of shit he dropped Thursday morning:

This year, organizers have tripled the number of free condoms in the village to try to cope with demand.

Perhaps the question most people have is: How do the rest of us get an invite? Can an Average Joe join the bacchanalia?

After 60 minutes in the Olympic Village on Tuesday evening, I’m surprised to say that the answer is “yes.”

No prizes for guessing that Grindr proved more of an instant hookup success than Bumble or Tinder ...

For the record, I didn’t lie to anyone or pretend to be someone I wasn’t—unless you count being on Grindr in the first place—since I’m straight, with a wife and child. I used my own picture (just of my face…) and confessed to being a journalist as soon as anyone asked who I was.

Yeah, being on Grindr and trying to meet guys when you're a straight, married guy is kind of a lie in and of itself, unless you're one of those married "straight" guys who likes to get his butt fucked when he travels. Anyway, he found a bunch of athlete dudes who wanted to make bone-bone in like an hour, isn't that great???

As we said, the salacious stuff has now been scrubbed, but Mark Joseph Stern encapsulates what was there quite nicely:

With his dubious premise established, Hines proceeds to out athlete after athlete, providing enough information about each Olympian he encounters for anyone with basic Google skills to uncover their identities. (After several minutes of Googling, I surmised the identities of five of the gay athletes Hines described.) I’m not going to repeat his descriptions, because—as Hines himself acknowledges!—some of them live in “notoriously homophobic” countries and remain closeted at home. Yes, the Daily Beast updated the article a few hours after publication to remove personally identifiable information (while insisting that outing gay athletes was “never our reporter’s intention.”) But really: Anyone who has heard of Grindr has also heard of the Wayback Machine. Nothing on the internet can be reliably deleted. [...]

Several athletes who are closeted at home (and possibly to their own teammates) will wake up on Thursday morning to the news that the Daily Beast has outed them. Their teammates could ostracize and alienate them; their families could disown them; their countries could imprison them. And for what? A homophobic article about how a straight guy conned gay Olympians from anti-gay countries into hitting on him through Grindr?

The Daily Beast has even deleted the part where the author admitted that some of the people he described live in "notoriously homophobic" places. Guess it's not relevant anymore when you're not outing folks! The site has also issued an OMG SO SORRY:

A number of readers complained to The Daily Beast after the publication of the original iteration of this story. We take such complaints seriously because a central part of The Daily Beast's mission is to fight for full equality and equal treatment for LGBT people around the world. Publishing an article that in any way could be seen as homophobic is contrary to our mission.

There was some concern that the original version of this story might out gay male athletes, even by implication, or compromise their safety. This was never our reporter’s intention, of course. No names were ever used and some of the profiles described were of straight women. But there was a concern that even mentioning the home nation of some gay athletes could compromise their safety. As a result, we have removed all descriptions of the men and women’s profiles that we previously described.

The editor, John Avlon, goes on to explain that they didn't MEAN to do an article about how all these gay sluts be sluttin' it up on Grindr, it's just that their journo guy got the most responses to his fake requests for tail on Grindr, as opposed to the straight people apps. "Had he received straight invitations, he would have written about those," says John Avlon. The Daily Beast is also sorry if you misinterpreted its obviously awesome article as homophobic or gay sex-shaming:

Some readers have read Nico as mocking or sex-shaming those on Grindr. We do not feel he did this in any way. However, The Daily Beast understands that others may have interpreted the piece differently.

We guess it's good that they updated the piece (which now comes off as just stupid and pointless), but as Stern said over at Slate, it's too little, too late. A really cool idea would be if The Daily Beast had editors who could stop shit like this from being published in the first place. But there we go again, dreaming bigly about things which probably will never happen.