How Obamacare, John Roberts, and Pennsylvania (Nearly) Screwed My Mom 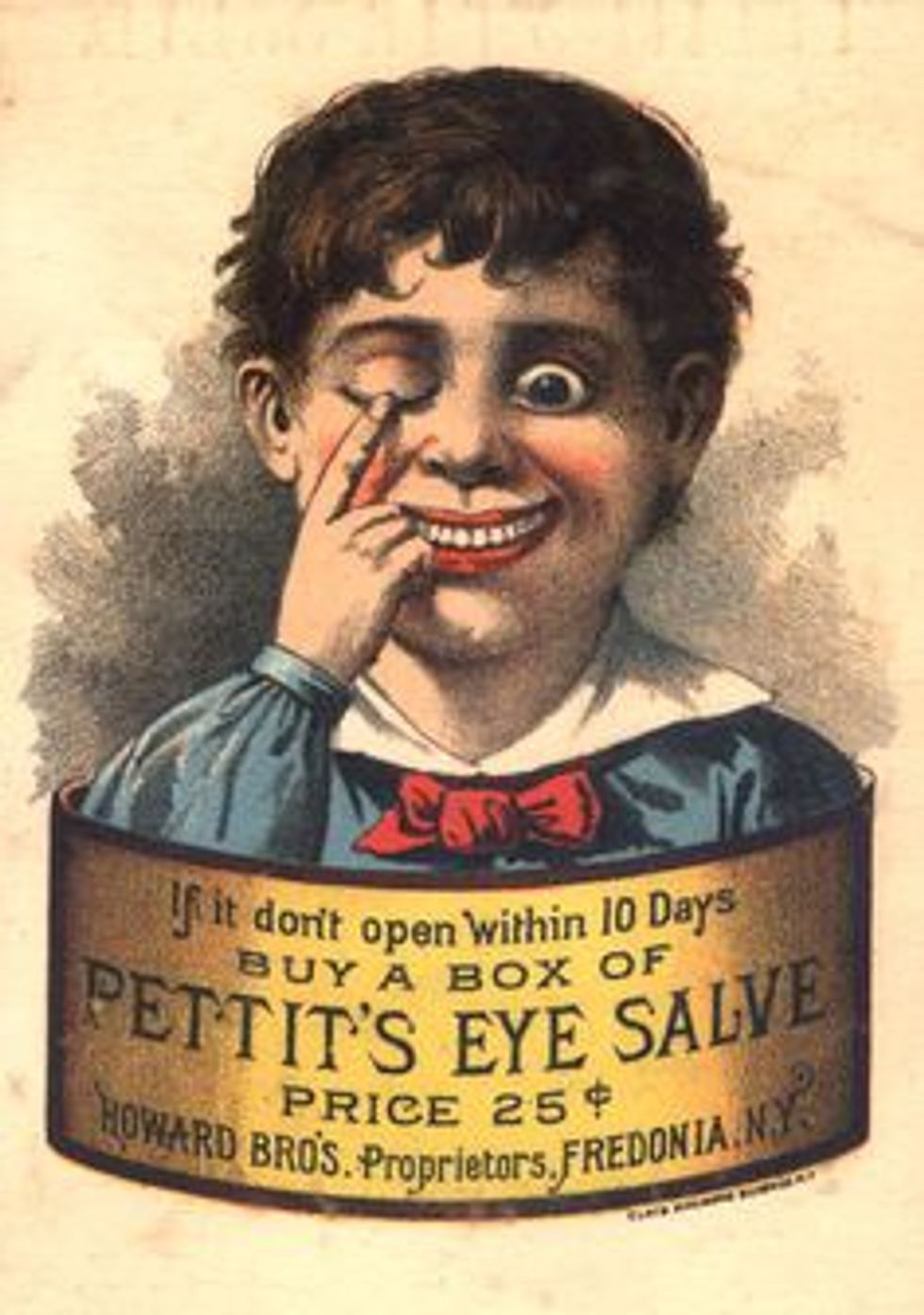 This was my mother yelling at the president, which I hadn't heard her do since Bush II. This was a woman who can hardly believe how much the Republican Party has changed since she registered to vote for Richard Nixon. Who voted for Obama twice. "And I would again," she says. "I really think he's been good."

But that night on the phone, a hundred miles away, she sounded like she was rehearsing a CPAC keynote. She reminded me of an angrier, Philly-inflected Julie Boonstra, the Michigan cancer patient whose Obamacare "horror story" gave the Koch-backed group Americans for Prosperity an undeniably effective multimedia weapon in February.

I was skeptical. I knew that the Boonstra story actually ends with a Washington Post fact check finding that, far from being disadvantaged by Obamacare, Boonstra "will save more than $1,200 a year." So, I started asking questions. And it turned out that my mom did indeed seem to be getting screwed.

A fraction of a fraction

The Kaiser Family Foundation estimates that 4.8 million people fall into Obamacare's "coverage gap" -- that is, they're uninsured, they don't earn enough money to qualify for Uncle Sugar's subsidies to help them afford private insurance, and they happen to live in one of the 24 states that has not accepted the Affordable Care Act (ACA)'s Medicaid expansion. It's pretty much status quo antebellum for this group: they were uninsured before Obamacare, and they still are.

My mom's in a similar, but different group. As a voluntarily early-retired full-time caretaker for elderly relatives, she doesn't earn enough to qualify for subsidies. As a Pennsylvanian, she lives in a state that hasn't expanded Medicaid. The difference is that she's nominally insured: Her Blue Cross Special Care plan is being cancelled July 1st because it doesn't comply with the ACA. After that point, it was looking like she had two options if she wanted to maintain some level of coverage: either pay hundreds more every month, or rearrange her life (and the lives of others) to do more income earning and less caretaking. Her status quo had been legislated out of existence.

Yet she's not counted among the "gappers," and when I checked with the Kaiser Family Foundation to find out if they had any data on how many people are in a similar situation, I found that they didn't. What they do have is a handy chart that shows the "Health Insurance Coverage of the Nonelderly (0-64) with Incomes up to 138% Federal Poverty Level (FPL)." With this data and a little Excel magic, you can figure out that at least1 1.8 million people living in Medicaid-rejecting states who earned less than the cutoff for an Obamacare subsidy had private insurance in 2012. That's my mom in there -- hi mom! So the question is: how many of these people had their plans cancelled? And the answer is, apparently: nobody knows.

When is a choice not a choice?

Two years ago today, the Supreme Court issued its ruling in National Federation of Independent Business v. Sebelius, or, "the Obamacare case." The big news that day was Chief Justice John Roberts's controlling opinion that the heart of Obamacare -- the individual mandate to buy insurance --  was constitutional.

Less noted was his screwing of people like my mom in another part of the decision. See, not only were NFIB's lawyers challenging the individual mandate, they were also advancing the heretofore untested legal theory that the ACA's Medicaid expansion was unconstitutional because it coerced states into accepting the expansion. As the law was written originally, states that didn't agree to expand Medicaid stood to lose all of their existing Medicaid funding. Not cool, said John Roberts on behalf of John Roberts's interpretation of the constitution.

I admit -- until my mom's troubles, I was only angry about this in the abstract. "That doesn't make any sense," I grumbled at the time, probably. But when it started to look like Roberts's decision might have foreclosed an affordable way for my mother to get health care, I wanted to find out why.2 I made an effort to read the relevant parts of Roberts's opinion with an open mind. If there was some longstanding precedent or obscure Constitutional stricture at work here, I was prepared to acknowledge it.

There wasn't. Here is Roberts's reasoning, (fairly) fairly stated: This is unconstitutional because the states might lose, like, a lot of money if they don't agree to expand Medicaid; they couldn't possibly have foreseen this even though Congress has for decades reserved the "right to alter, amend, or repeal any provision" of Medicaid; and anyway this expansion of Medicaid isn't really Medicaid, it's a whole new program; therefore I will just append my little note to Article 1, Section 8 of the Constitution, so now it says that Congress shall have the power to pay the Debts and provide for the common Defence and general Welfare of the United States except when the states decide they don't like Congress's spending decisions.

Roberts really tips his hand by the cases he cites. His controlling principle -- that the threatened Medicaid cuts are “so coercive as to pass the point at which ‘pressure turns into compulsion.’” -- is a quote within a quote from two cases that both established precedents contrary to Roberts's own ruling: in South Dakota v. Dole, threatening to withhold a state's highway funding unless it raised its drinking age to 21 was constitutional, and in Steward Machine Co. v. Davis, something about "encouraging" the states to create unemployment funds by using taxes as a whip was fine too! So Roberts has nothing to but try and subtly distinguish these cases from the one in front of him.

I wanted to make good and sure that I wasn't missing something, so I invited the conservative legal scholar Ilya Shapiro, currently a senior fellow in constitutional studies at the Cato Institute, to elaborate on why Roberts is right. "The Obamacare Medicaid expansion was, quite literally, an offer they couldn’t refuse," he said, "because they can’t afford to give up all federal Medicaid funds—so it’s unconstitutional. It’s that simple."

This was just a restatement of Roberts rather than an elaboration, so I asked, somewhat cheekily, maybe: "What part of the Constitution limits Congress's power under the Spending Clause here? I'm assuming it's like a penumbra of the Tenth Amendment but Roberts doesn't say in his opinion." Mr. Shapiro replied:

You’re thinking about it the wrong way. The federal government is constitutionally one of enumerated and therefore limited powers; the default is that the federal govt can’t act (unless the Constitution says it can). The Constitution doesn’t give the federal government the power to force states to do its bidding – “commandeer” in the legalese. Yes, in future the states may want to think twice about the feds who bear gifts (because they have huge strings attached) but the fed govt can’t force states to do whatever it wants (“X”) by conditioning existing relationships (and the attendant reliance interests) on acceptance of X. That’s why the part of the opinion discussing whether the Obamacare Medicaid expansion is merely tweaking the terms of an existing program or fundamentally transforming/forcing through a new program is important.

Now, if you, with Ginsburg/Sotomayor,  don’t think that the Constitution limits federal power in any judicially enforceable way (structurally, I mean, without getting into interpretations of the Bill of Rights), then I can’t offer anything that will help you.

So basically, "to pay the Debts and provide for the common Defence and general Welfare of the United States except when the states decide they don't like Congress's spending decisions," I guess.

Founding Dean of UC Irvine School of Law Erwin Chemerinsky was also kind enough to comment for this article, specifically on the weird notion advanced by Roberts (and Shapiro) that Medicaid is actually a contract between the federal government and the states: "If it is a contract, it is a new contract with every new year.  Congress is not limited to the terms from the first Medicaid law," he said. And on the decision in general: "I think states very much have a choice whether to take Medicaid funds and meet the requirements or to forego them.  It is a hard choice, but facing a difficult choice is not the same as coercion." Wow, that was like, really easy to read and comprehend... must be unconstitutional.

To be fair, the ruling on the Medicaid expansion was 7-2, with Kagan and Breyer unexpectedly joining Roberts, Scalia, Thomas, and Alito, although some speculate that they did so for strategic reasons. So it's not all Roberts's fault that 4.8+ million people won't get affordable health care. It's not even the Supreme Court's fault.

Some politics is local

Ultimately, the Supreme Court's decision merely freed politicians at the state level to act in their own best interests. Pennsylvania's governor Tom Corbett rejected the expansion; only now, facing a tough re-election fight, he's scrambling to advance an alternative plan.

This, it occurred to me, is why stories like my mother's haven't been advanced by Republicans and conservatives as evidence of Obamacare's failure: you don't have to look too hard to see that it's really their failure. An anti-Obamacare attack ad featuring my mom is also by definition an anti-Corbett attack ad. Julie Boonstra's Obamacare nightmare was a safer play because it wasn't factual -- add too many facts to the mix, and things get messy. Leave aside the fact that the people in the coverage gap are un- or under-employed -- not a demographic the GOP tends to lionize. Meanwhile, Democrats want to avoid talking about Obamacare entirely, and so the hardships of Obamacare's real losers remain unexamined.

In the end, my mom beat the system. She figured out One Weird Trick to get insurance subsidies -- she's taking a distribution from her retirement fund in exactly the amount she needs in order to qualify. She'll be paying about $78 dollars a month for a much better plan than her Special Care, which was costing her almost $170/mo.

Two things though: First, my mother spent hours on the phone and online with ACA "navigators," and not one suggested this perfectly legal workaround. A friend helped her come up with it. That's a failure of Obamacare, plain and simple -- if the goal is to get coverage for as many people as possible, it's worrying that the people tasked with that job weren't more helpful. Second, not everyone is lucky enough to have retirement savings.

My mom's happy, but too many people having experiences like hers -- and worse than hers -- will be a real problem for Democrats heading into the midterms. And then there's this coming down the pike: what happens when a lot of people underestimate their income and end up owing the government a lot of money due to overpayments on insurance subsidies? Expect this to be an unpleasantly big deal next year.

We knew from the start that Obamacare was a Rube Goldberg contraption, and it's almost amazing to me that it's actually functioning as well as it is. But listening to my mother inveigh against Obama and the Democrats, I was worried. She was mad. But for the saving grace of a few thousand dollars set aside for retirement, she'd still be mad. And she'd have every right to be.

Though we on the left may not like to hear it, there is absolutely a sizable number of low-income people out there who are now worse off thanks to a combination of Obamacare's complexity, the Supreme Court's sabotage, and their state's intransigence. I hope they realize that if they want all or any of this fixed, they should vote for Democrats.

1Excludes Alaska, Indiana, Louisiana, and Mississippi due to insufficient data.