How Supreme Court Gonna Save America From The Cheaty Dickwads! Narrated By Nina Totenberg 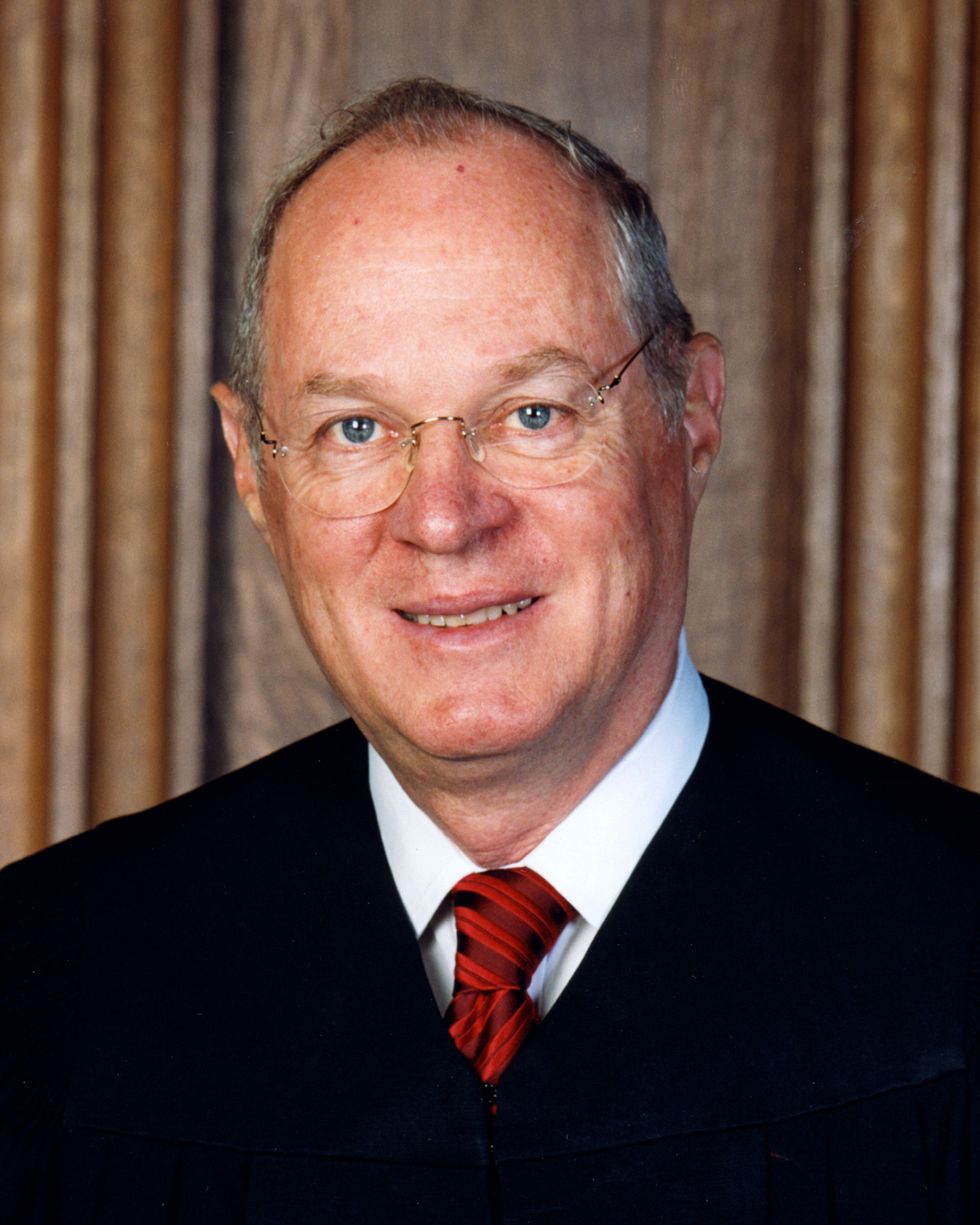 IT'S AN EARTHQUAKE AT THE SUPREME COURT! Or it could be. If Anthony Kennedy sides with the four liberal justices and rules that extreme partisan gerrymandering violates the Constitution, it will change everything. Of course, it's dangerous to speculate based on oral arguments. But the general consensus is, it's not looking good for the mapfuckers. HOORAY!

We've translated yesterday's oral arguments in Gill v. Whitford into Wonkspeak, because we are service-y like that. Get psyched, because Notorious RBG is TAKING NO SHIT from that mansplaining little weasel Gorsuch! But before that, just a little background:

Way back in 2004, Justice Kennedy said, Look, we're not going to say that partisan gerrymandering is illegal. But maybe we will if you come back to us with an objective formula to measure it. And then, with no one to stop them, Republicans spent the next 12 years drawing maps to give themselves permanent majorities in Congress and state legislatures, which is how Republicans won 49.9% of the votes, but took 55.2% of the seats in the House of Representatives in 2016.

Last year a Wisconsin federal court looked at the state's electoral maps and said ENOUGH OF THIS FUCKERY:

Modern gerrymandering is accomplished by drawing a few districts where Democrats win in an "inefficient" landslide, while maximizing the number of close-but-safe "efficient" Republican districts. Like we splained to you in June when the Supreme Court agreed to hear this case, the lower court accepted a mathematical formula called the efficiency gap to measure when partisan gerrymandering is so unfair that it violates Equal Protection and First Amendment rights under the Constitution. And now, if Anthony Kennedy blesses it, we can finally get back to voters choosing their representatives, rather than the other way around.

SO, with that out of the way ... Y'all, it was LIT Tuesday at the Supremes! Here's what they said, MORE OR LESS.

Attorney Misha Tseytlin, representing the mapfuckers: Good morning, your Honors. By way of introduction, let me say, MATH IS HARD. Wouldn't it be easier to leave politics to the politicians? And maybe these whiny voters don't even have standing to sue over their screwy districts!

Justice Kennedy: Well, let's assume that they do have standing!

Justice Roberts: Well, if these guys don't have standing to challenge the districts, WHO DOES?

Tseytlin: Say, don't you guys have your hands full with those racial gerrymandering cases? You don't really want to bother with this stuff, too! Besides, half the time Republicans are dumb enough to draw these districts based on race anyway. Oh, wait, did I say that out loud?

Justice Breyer: Can we just get down to business here? Let's make a three part test.

And if yes to all, is there some other explanation?

Tseytlin: But math is hard!

Justice Kagan: Dude, what the hell are you talking about? Your map guy testified that he used computer modeling to predict the future, and he got it exactly right! That's how Wisconsin Republicans got 48% of the vote but won 61% of the seats.

Tseytlin: Well, no one can see the future. Maybe we'll lose next year!

Justice Sotomayor: Asshole, we have the receipts! Your model worked perfectly. So stop bitching and tell us WHY we can't use this formula to determine whether the district is unfair. And quit telling us MATH IS HARD.

Justice Alito: BUT WHAT EVEN IS MATH?????

Justice Kennedy: So, would it be legal to pass a law saying that the maps MUST be drawn to maximize Republican votes?

Attorney Erin Murphy, also representing the mapfuckers: Is this a trap? Oh, shit.

Justice Ginsburg: You're in my house now!

Justice Alito: Oh, come on! Even I know that's illegal.

Murphy: Well, no. You can't just come out and say it. But it's okay if you just think it in your mind.

Justice Kagan: Did you really come up here to waste our time with this shit?

Murphy: Well, if they never say it out loud, then how can they get in trouble?

Justice Gorsuch: I'm pretty sure what Ms. Murphy meant to say was, MATH IS HARD. And if we change the law, then everyone will be up here making us do math! UNFAIR!

Justice Ginsburg: Neil, you ignorant slut! If we can't be bothered to make elections fair, why should people even bother to vote?

Justice Roberts: Okay, yeah. It's unfair. But if we change the rule, then people will be suing over districts left and right. And the average voter is too stupid to do math, so he'll think we just rigged it and picked the side we liked best!

Attorney Paul Smith, representing the map UN-fuckers: But you guys have like ten gerrymandering cases a year already! You're doing it anyway. Give us a rule! For the love of God, the Republicans are going to take the 2020 Census and redraw the maps so that they'll win everything. The country is falling apart! Help us!

Justice Roberts: But then people won't like us! Why can't the legislature do it? MATH IS HARD.

Justice Breyer: What don't you get, JOHN? The party that gets the most votes should get the most seats. It's not fucking rocket science!

Justice Roberts: Dammit, Stephen! I'm a lawyer, not a mathematician!

Justice Alito: Okay, gerrymandering is "distasteful." But do we really have to wade into this right now? Also, MATH IS HARD.

Smith: Look, the honorable Justice Kennedy long may he live, and may I say, you look marvelous today, Sir! Wise Justice Kennedy asked us in 2004 to come back with a mathematical formula. And here we are!

Justice Kagan: Smith! Splain to these dipshits why we're not going to be drowning in redistricting cases.

Smith: Because math is not hard! Look, here's the formula.

Justice Roberts: BUT MATH IS HARD! It's hard for me.

Justice Gorsuch: "It reminds me a little bit of my steak rub. I like some turmeric, I like a few other little ingredients, but I'm not going to tell you how much of each." [ACTUAL QUOTE. - ed.]

Justice Gorsuch: Maybe it's not gerrymandering. Maybe it's like when I add an extra pinch of turmeric to my steak rub. Am I deliberately disenfranchising the garlic powder? Who's to say?

Smith: THEY USED COMPUTER MODELING WITH SEVERAL DATA POINTS ON EVERY VOTER.

Justice Kagan: FFS! The map guys can just show their work. They built complex computer models that save every version. Some people aren't computer illiterate, SAM!

Justice Gorsuch:Well, actually! There's a little thing called the Constitution. And there's no mention of computer modeling in there, is there? So I guess we can't tell the states how to run their elections now, can we!

Justice Gorsuch: Well, but state legislatures could get rid of gerrymandering right? Don't you think we should leave it to them?

Smith: State legislators are going to outlaw their own maps? The ones they drew to get themselves elected? That seems ... UNLIKELY, your Honor.

Justice Roberts: Well, that's all the time we have for today. Peace out.

We'll know by June if Justice Kennedy decides to save the Republic or cast us all into an eternal darkness. Fingers crossed!