Howard Wolfson Writes ... Something Not Terrible About Rip Van Winkle! 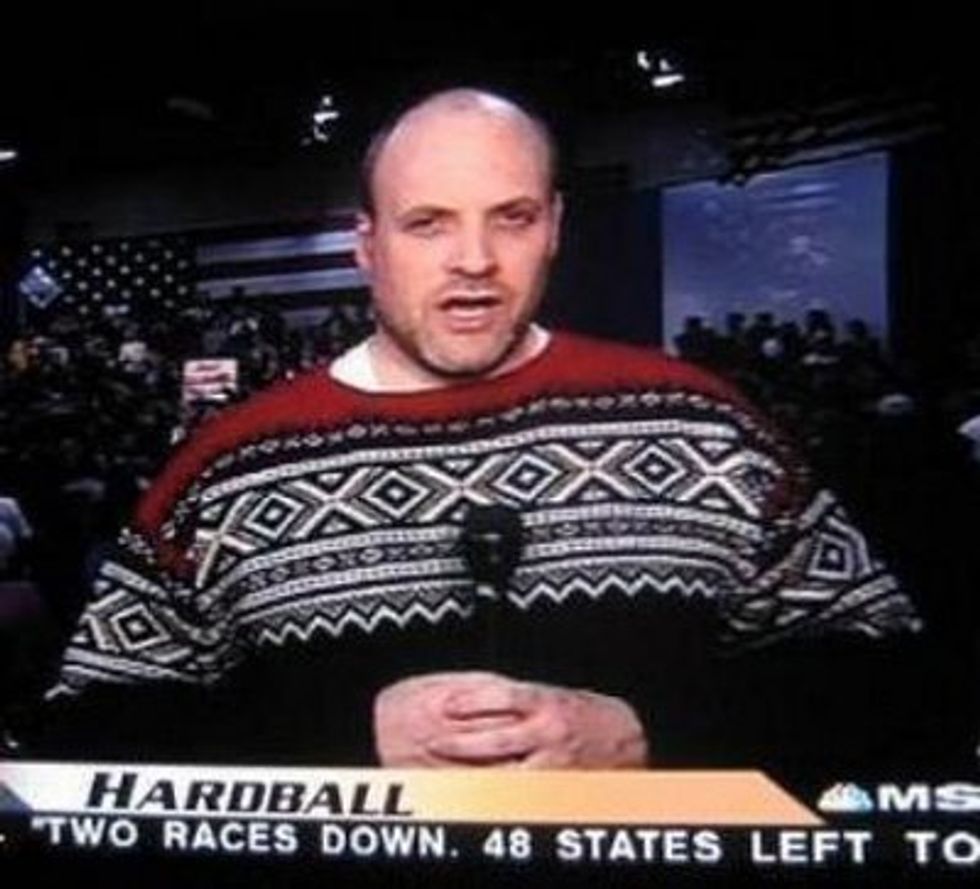 What is this crazy thing by sweater goblin Howard Wolfson in today'sWashington Post? It actually seems like an insightful and ... dare we say, candid assessment of his Clinton-induced dementia and eventual Come to Jesus moment with Barry Obama.

Here is the tragic tale of Howard's life in a bubble:

Most of us never heard him speak in person. At work 14 hours a day in the war room, we focused on his perceived faults and deficiencies. Our time was spent sharpening and advancing arguments. Skepticism was critical to our efforts. Insulated from Obamamania, I met few Obama supporters and distanced myself from the ones I knew. I lived this way for 18 months. [...]

Once we ran out of states and the campaign ended, we were like Rip Van Winkle. We awoke to a world transformed by political currents we had stood against. There was the neighbor in an Obama T-shirt getting the morning paper. Every parked car on the street bore an Obama bumper sticker. Had they been there along, or did they pop up overnight?

I fled the country, overcoming a fear of flying to travel abroad three times in two months. I avoided the papers and television.

And and and! Not only is Howard Wolfson writing actual sense in the newspaper, he also has a blog where he writes about politics and not-bad music. THE WORLD'S GONE MAD.