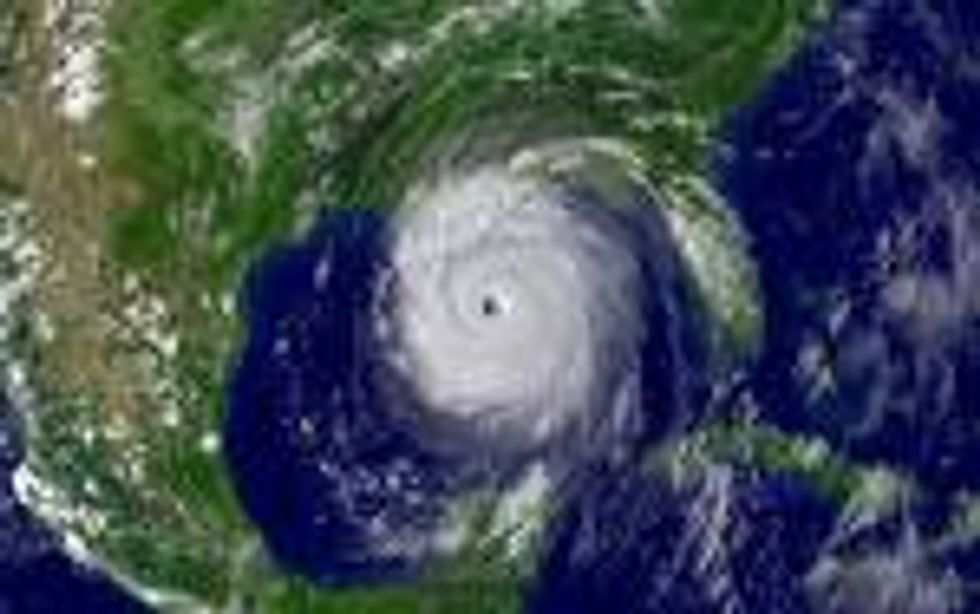 Greetings from Austin, Minnesota -- the home of Hormel's famousSPAM food product, which Hawaiians such as Barack Obama eat a dozen times a day, with caviar. We are very close to St. Paul and our fancy suites, and will be there Sunday morning in time for so many cocktail parties. The question is this: Will anybody from the Republican Party show up?

Monster hurricanes are not funny when they strike cities, and they're especially not hilarious when they hit New Orleans (your editor's hometown) yet again, just three years after the double horror of Katrina and Rita. But the monster storm Gustav doesn't seem to understand the boundaries of political humor, as the bastard hurricane seems hell bent on striking the U.S. Gulf Coast just as the GOP tries to get itself excited about Nominee McCain.

President Bush is unlikely to make it to the Republican National Convention, and Sen. John McCain (R-Ariz.) may deliver his acceptance speech via satellite because of the historically huge hurricane threatening New Orleans, top officials said.

Jesus. What about the convention? What are we supposed to do, cover the Ron Paul People's Concert for Literacy all week? Cover Nader?!

We understand the St. Paul convention was never going to be the hot ticket like Obama's stadium show in Denver, but thousands of delegates and lawmakers and lobbyists and Media Professionals are all either already on the ground in the Twin Cities or fast approaching. Should we all go home because a hurricane threatens New Orleans, again?

Maybe there's no good answer for the Republicans, who surely don't want to remind America that George W. Bush ate birthday cake with John McCain while Katrina destroyed New Orleans. This will not be a good week to push the old "You're Better Off Alone" meme ... this isn't really a good month or year or decade for that, either.

It's generally not Wonkette's editorial mission to help political parties figure out their deal -- even if we did provide national fame for that nice Sarah Palin -- but we might as well say this:

Running and hiding during a catastrophic event is exactly what the GOP shouldn't do this week. Will St. Paul be abandoned just as New Orleans was abandoned in 2005? The Republicans need to take the stage and hold a serious, dignified convention -- if they can find anyone serious or dignified.

They need to go through the process, on teevee, even if nobody's paying attention beyond C-SPAN and National Journal. If anybody in the GOP is serious about competing this year, it's time to approach the convention in a serious way. Obama's speech and the whole DNC was generally a serious affair. Even the fireworks spectacular at the Invesco Mile High stadium was dignified. (Except for the Sheryl Crow concert earlier in the day.)

The message of the Obama Stadium Show was "you can't afford another eight years of this crap." It would've played even better during a national disaster, as long as a few adjustments were made. Ask the spectators and delegates and even the lazy-ass press to bring canned food and especially cold hard cash for hurricane relief. Good music can help, too, as it did in that televised fund-raising concert after 9/11.

What we're saying is, Don't be so chickenshit and lame. You've got a convention. If you ditch the whole thing, or most of it, you're all just going to spend the next 10 weeks whining about how much better you'd be doing if not for the RNC you abandoned because you had no mature response ready for a national catastrophe.

Plus, come on, we really don't want to spend a week covering Ron Paul and Ralph Nader.