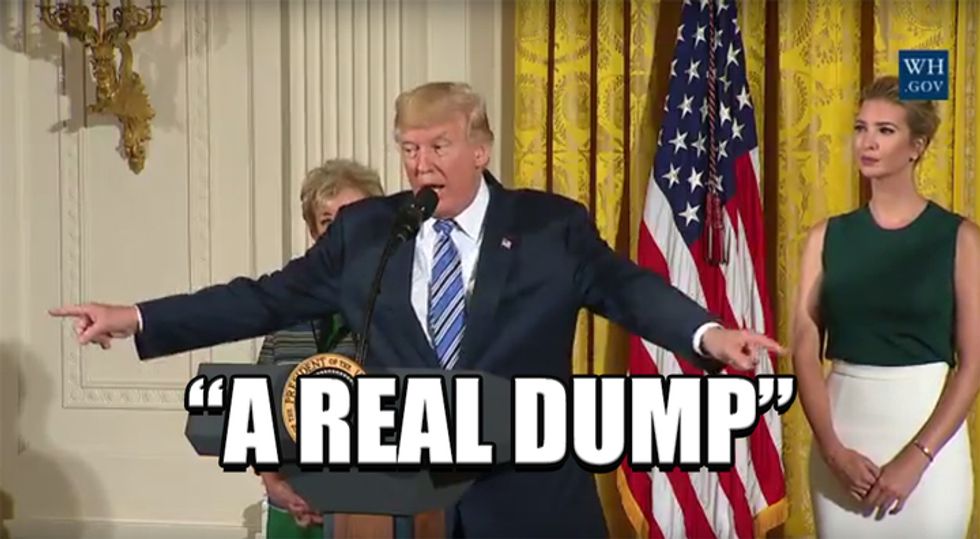 This is their actual graphic on the headline, so I don't know what we do with that.

Town and Country has a hypothetical for us:

But what if there were a specific amount of money that fostered optimal contentment?

Now, those noted DSA organizers at the Woodrow Wilson School at Princeton clocked the number in at $75K a few years ago, but Town and Country is having none of this. This obviously doesn't take into account "the realm of great American fantasy. The one that makes people play Powerball. And watch Billions." (The article makes no mention, of course, that maybe one reason people play the lottery is that we live in a late capitalist hellscape where an entire generation can't afford to get a decent job much less a house or a future, while their grandparents are deciding to die to save the family the hospital bills.)

So the article is going to take us on an "unscientific" journey into "extravagance."

Say, a married couple in their forties with two teenage kids. They have an apartment on Fifth Avenue, a weekend house in the Hamptons, and a vacation spot in the Caribbean. There are parties, private jet trips, boarding school for the kids—all the trappings.

A few queries spring to mind: does Town and Country think we don't have parties below stairs? What if we like our kids and don't want to send them away to boarding school? When we're talking trappings, are we meaning actual animals or are we using the colloquial?

If you narrow it down to eight-to-12-room apartments, which would probably be appropriate for a family with two teenage kids, there are 31 apartments currently listed, and they range from $4 million to $30 million, with an average asking of $10.8 million. Now let’s break that down... for $18 million you can get a nice apartment on Fifth facing the park. Then you need to put another $2 million into decorating.

To be fair, it is Town and Country, and sometimes I write things for outlets with a pretty specific audience too. So it's basically targeted at the what I hope is incredibly narrow group of people who think that it would be an honor to be at a charity event that could include a Trump or Kushner at the next table. (Personally, if I ever strike it really rich I plan to buy a floating libertarian garbage island and sell it at a wild profit to credulous techbros to amuse myself.)

Who DOESN'T want to live here? Who could possibly find this unattractive?

That said, rich people, I can 100% have your apartment decorated by any number of up-and-coming new artists for a mere $1.5m. I know a dude who needs work who went to Yale! There is no better time than during rampant inequality to become a patron to literal starving artists in the Italian style! It's far better to be seen as a Borgia than it is to be compared to Marie Antoinette, I promise!

We really need to have a chat with the rich people about this whole breakdown of society thing. I think they think we don't know where the airports are, and it seems like it's not occurred to them that all the ground crew are probably part of the proles.

Many people believe that, along with tangible assets and services, having it all means having some wiggle room—money to cover a major splurge or setback, and more on top of that.

I have more queries here. If you have the liquidity for jet-sharing how is it possible that you don't have the money for a major setback? Are we defining major as being Jeff Skilling or as being Paul Manafort, because outside getting busted for however much bullshit you needed to pull to make it into the nine digits I can't think of a setback you couldn't afford at that level. Are we thinking of the markets here? I'm just some asshole who reads FT and even I know to diversify your portfolio past purely Western interests if you're trying to protect huge sums. Also, if you're the kind of person who's got that much wrapped up in the market isn't it likely that you're in a line of work where it's partially your lookout to not crash the economy again anyway?

This is an article for silly people but it does tell us what many rich people are thinking. They are thinking that they're still in some kind of eternal market growth where what matters is what the other rich people think. This is, shall we say, not great, because we are still working on that whole providing basic services thing and at some point they'll hollow out the bottom and their empires will collapse. I'm not sure how they haven't read those bits of history.

Kirshenbaum defers to the subjects of his columns. “I want to make clear that this is not my opinion but that of the billionaires I have written about. They view $100 million as the starting point for real money. They call it a hundy. Like, ‘Oh, they made it, they have a hundy.’”

Let me translate that into the most accurate possible depiction of that reality: 'Twas brillig, and the slithey toves did gyre and gimble in the wabe.

The last paragraph of the Town and Country article, and hat tip to the writer that went from the premise of the assignment to this ending:

Wonkette's portfolio is mostly diversified into paying writers so give us money here: