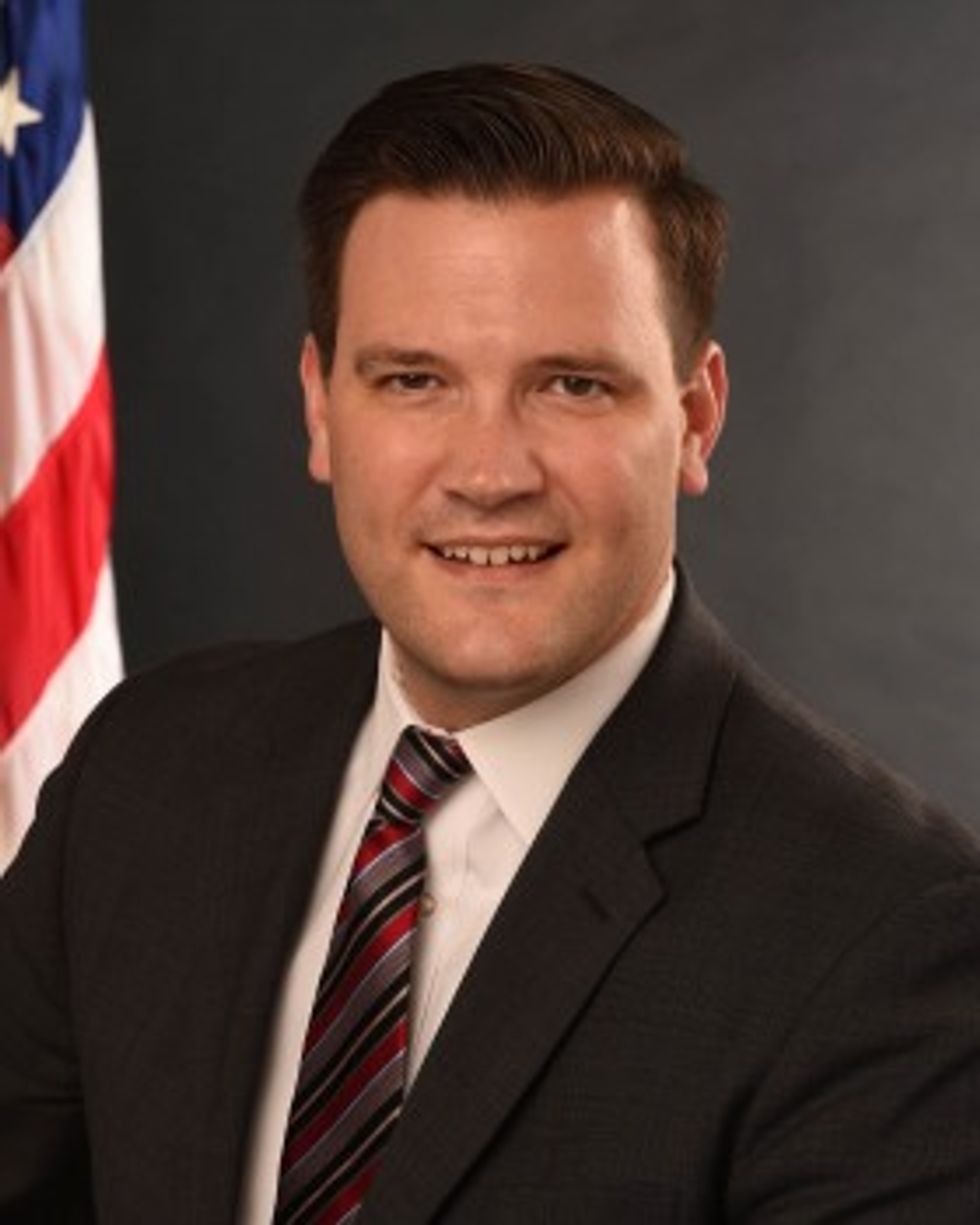 SNEAKY MOTHERFUCKERS! Remember Wednesday when we told you that HHS's Office of Refugee Resettlement (ORR) was furiously trying to bury the legal case of Jane Poe, a pregnant, undocumented immigrant seeking an abortion? ORR voluntarily withdrew its appeal to the Judge's order, generously allowing the 17-year-old to get an abortion this week. They just wanted to hide all their arguments so no one could ever see them.

We thought it was to make sure that Poe's case didn't set a precedent that ORR must permit girls in its custody to access abortion care. But there was a whole extra layer of fuckery! It seems that ORR knew that Poe was pregnant as a result of rape, and denied her an abortion anyway. Scott Lloyd, the anti-choice loon appointed to head ORR, drafted a memo denying her access to abortion citing all manner of junk science and his own personal moral objection to late-term abortions. Which is hella illegal, and explains why the Justice Department fought tooth and nail to make sure this memo never saw the light of day.

According to court documents, Jane Poe was apprehended crossing the border into the US and discovered in detention that she was pregnant as a result of a rape. She asked for an abortion, but then changed her mind when her mother and US sponsor threatened to "beat her" if she went through with the procedure. Forcing a girl to have an abortion with threats of violence is a crime, but apparently violently coercing her to continue an unwanted pregnancy is just fine with Scott Lloyd.

After a few days, Poe began to ask again to have an abortion, and even became suicidal at the thought of carrying her rapist's baby to term. But Scott Lloyd decided that he would force her to have the baby, and she would just have to learn to love it in time.

She still desires an abortion, and has on at least one occasion threatened to harm herself if she does not obtain it. Shelter staff has taken appropriate measures to mitigate that risk, and she has since made at least one statement denying that she is a threat to herself.

Lloyd had already ordered his staff to stop "facilitating abortions" by permitting girls in their custody to attend medical appointments or legal hearings to waive parental notification requirements. The man personally counseled girls against abortion -- an intrusion so gross and inappropriate that we get stabby just typing it.

The American Congress of Obstetricians and Gynecologists date viability from 24 weeks. But Scott Lloyd has a PhD in pseudoscience from Google U, so he knows better. Plus he thinks late term abortions are gross, and he's sure that Jane Poe will regret having one.

At nearly 22 weeks, the child has at least a fighting chance at survival if born. The most likely method of abortion in this instance is Dilation and Evacuation abortion. This particular form of abortion is one that even many abortionists find troublesome.

(Abortionist? ABORTIONIST! What the fuck?)

Abortion regret is a bullshit thing anti-choice liars made up, which is why Lloyd could only pointed to "anecdotal evidence" to back up his contention that he was just protecting Poe.

Although formal research on this matter appears to be sparse, those who have worked with women who have experienced abortion have compiled a catalogue of anecdotal evidence, impossible to ignore, that shows that many women go on to experience it as a devastating trauma, even in the instance of rape. If the young woman was to go on to regret her abortion and experience it as a trauma, ORR will have had a hand in causing that trauma, and I am unwilling to put this young woman or ORR in that position.

Lloyd went on to insist that ORR can't participate in a "violent" abortion, and if Poe has to carry her unwanted child to term and raise it, well, that's nobody's fault but the rapist's.

To decline to assist in an abortion here is to decline to participate in violence against an innocent life. She remains pregnant, but this is not the intent of our actions. Moral and criminal responsibility for the pregnancy lies with the attacker, and no one else.

Others might suggest that abortion is justified as a form of self-defense in this instance, but this gets it wrong again. The child -- the one who is destroyed -- is not an aggressor. The aggressor, again, was the rapist.

See, Scott Lloyd didn't rape her and get her pregnant! Why is it his responsibility to help her get un-pregnant?

We're going to trust that you Wonkers do not need to be walked through all the ways this is FUCKING IMMORAL. Let's just explain quick-like why it's totally illegal. As Marty Lederman points out at the Balkinization blog, the child's parents couldn't legally prevent her from having an abortion, much less some God-bothering bureaucrat. Lloyd is tasked with housing Poe and meeting her medical needs; he cannot possibly have greater legal authority over her reproductive decisions than her own parents. Moreover, the DOJ's argument that it is "burdened" by being forced to "facilitate" abortions is preposterous on its face. Poe secured private funding for her reproductive care, and Lloyd himself made the rule requiring that every girl in his care get his permission to access abortion care. No one did this shit in the Obama administration, because it wasn't staffed by bunch of wingnut forced birth ideologues!

The ACLU is still fighting to unseal the redacted ORR Memo declining to use federal funds to cover Poe's abortion. God only knows what incriminating horror they're hiding in there. (Remember, the Hyde Amendment allows the use of federal funds for abortion in the case of rape or incest.)

But even without this information, it's clear that Scott Lloyd will never allow girls in ORR custody to access abortion care. That he deliberately pushed this girl into the second trimester and then claimed a late-term abortion would harm her. And that he's a creepy fucker with a God complex who should never be allowed near children, much less be empowered to make medical decisions for them.