If You Didn't Spend Your Moolah On Dames, Firewater And Picture Shows, You Might Not Be A Ne'er-Do-Well! 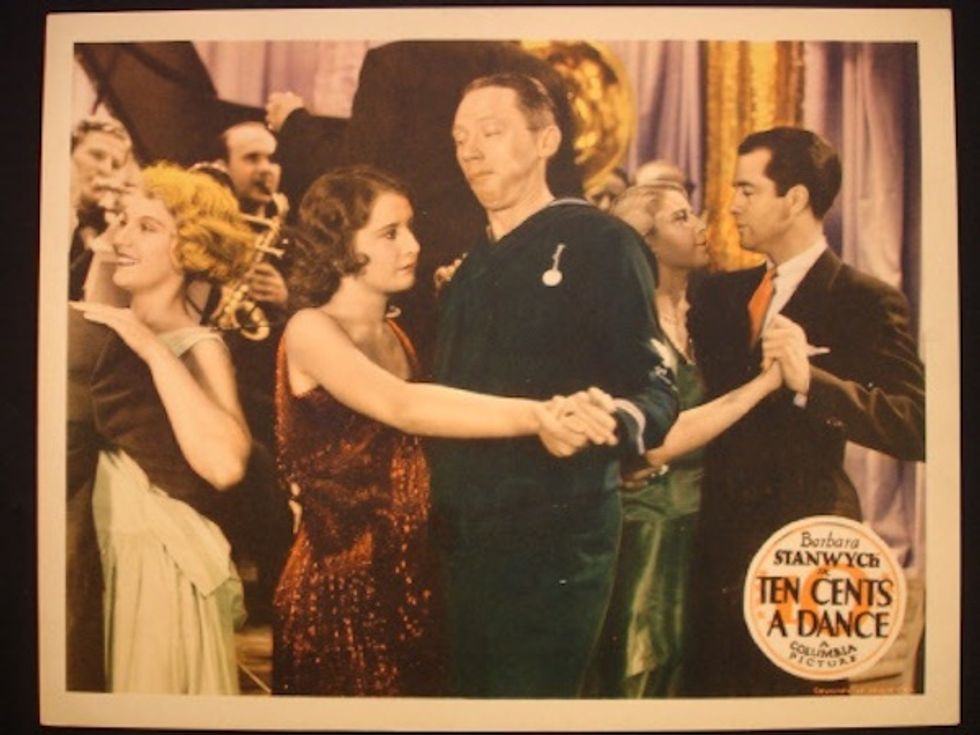 In her autobiography, which I have read approximately 37 times, Tallulah Bankhead said, "My father warned me about men and booze, but he never mentioned a word about women and cocaine." This weekend, Senator Chuck Grassley told the Des Moines Register, "I think not having the estate tax recognizes the people that are investing, as opposed to those that are just spending every darn penny they have, whether it’s on booze or women or movies.” These quotes may seem unrelated outside of subject matter, but they sure both say a lot about the people who said them.

Yes, if only these dewdroppers were more responsible, stayed away from the dance halls and the picture show, they too could amass a savings of $11 million to pass on to their heirs, tax-free. At the very least, they would not be poor. Or they'd be poor, but they'd be the kind of poor people Sen. Chuck Grassley could have a little respect for. When Chuck Grassley looks at a poor person, he wants to see someone who is truly miserable all the time, with no need for any kind of momentary escape from said misery. Like monks, or nuns. You know, the good kind of poor people.

Alas, it seems he is not considering the plight of the women in this situation, nor the actual economic impact of such asecetism. One tomato we spoke to said:

"I work at the Palace Ball Room--but gee, that palace is cheap. When I get back to my chilly hall room, I'm much too tired to sleep. I'm one of those lady teachers, a beautiful hostess you know. The kind the Palace features at exactly a dime a throw.

Golly, Mr. Grassley! Howsa dame like that gonna save up for knee rouge, never mind amass a cool $11 million, if the sailors stop coming 'round? Won't someone think of the ladies?

With that dime, that kind of gal could go out and buy a brand new pair of stockings to cover her gams! Then, that money could go to the drug store owner, who could then pay the clerk who rings them up, who could then spend that money on booze, allowing the local barkeep to pay his rent. It may not be the kind of investing Sen. Grassley is thinking of, but it's an investment nonetheless.

Of course, serious investing isn't always a surefire way to keep a fortune either. One man, who identified himself only as someone who used to be called "Al," claims he invested in both railroads and towers and has since found himself broke and living in a Hooverville:

Jazz standards aside, what Sen. Grassley -- who has clearly never seen an episode of My Super Sweet Sixteen in his whole life (possibly because he thinks it is still 1932?) -- is asserting here is that poor people would not be poor if only they would be miserable, and that the kind of things poor people spend their money on are stupid and irresponsible as compared to the things rich people spend their money on.

As far as I know, there is exactly no one out there who is not a millionaire simply because they spent a few bucks on going to see the latest Garbo picture. But there are a lot of people out there who were maybe a little more able to get through the day, being poor and miserable, because they were able to escape for a moment watching one.

There's an old saying that Sen. Grassley might be familiar with, given what year he appears to think it is: "The worker must have bread, but she must have roses, too." Small pleasures -- like booze or movies or sex or roses -- are as necessary to sustain us as food is. A world in which the only people with any access to such pleasures are the rich is a world that is pretty much asking for a class war.

But even if it didn't lead to such a revolt, the fact remains that the health of our economy relies far more on many, many people who spend their money on small pleasures than it is on a few rich heirs and heiresses who spend their money on Birkin bags and Hummers. Someone spending their money on booze or movies is helping those who own or work in bars or movie theaters be able to earn a living, and maybe have some disposable income of their own to spend on their own small pleasures. An economy in which the vast majority of the wealth is in the hands of those with inherited wealth that can never be taxed is one in which most of us are totally fucked, and that is the kind of economy and society that eliminating the estate tax will create.

The people who would be "recognized" in Grassley's mind are not, in fact, those who supposedly lived ascetic movie- and booze-free lives in which they dutifully saved and invested all their money. Those who would be "recognized" would be their heirs who will likely do exactly none of that, because they do not have to. Why should those who earn their money simply by being born be exempt from having that income taxed, while their share of the nation's tax burden falls on those of us eking out meager livings at seedy dance halls doing the Charleston with sailors on leave?

Wonkette relies on YOU, sailor. Dime a throw!