If You Like Dumb Things That Are Wrong, You'll Love Jennifer Rubin's Latest Column 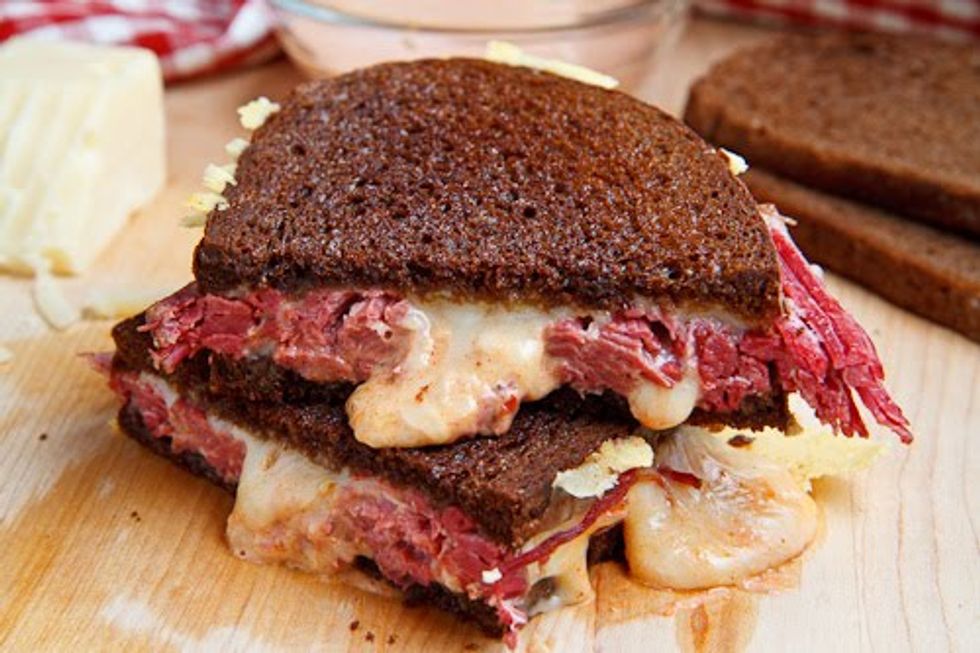 It starts with the headline:"A president who pleases no one." Really, no one at all, not even Michelle? Poor lady, maybe Reggie Love will go straight for her, just this once. But it's weird, because from here it looks like 44.3% of people are pleased with the president's constant treason and all the white slavery he does on them. Hey, whatever engorges your genitals! ASIDE: Do we think that Jennifer Rubin cried when her former ombudsman said she was subhuman garbage and the best evidence against the existence of a merciful God (paraphrasing)? Or did she welcome our scorn, sniffing "Let them eat shit!" and then maybe she farted sulfurously? Something else?

Well HERE'S something else: In support of her thesis that not a single moderate democrat, liberal, or Clinton-loving Republican (they have those?) likes Obama anymore, Rubin... oh God, it's such a mess. Let's do this briefly, with quotes:

"If you are a moderate Democrat who believes in some sort of fiscal sobriety ... He’s made zero progress on our real fiscal issue, entitlement reform."

"If you thought President Obama was going to repair our 'standing' in the world, you did not fully appreciate that the correct standing for the United States in Obama’s eyes was akin to that of Belgium — polite and inoffensive."

"But let’s say you are a person of the left who believed he would 'stop the oceans' from rising, do away with the Bush anti-terrorism architecture, pass serious gun control and bring single-payer health care to the United States, not to mention rip out the Bush tax credits by the roots."

If you are that person, you are dumb, or you don't have any idea how the presidency works, or both. Glad to have your vote! (Please do not vote for Rand Paul.) And uh, "Bush tax credits?" They're credits now? SNEAKY, JEN!

"you might blame the Republicans for some of this"

Mitch McConnell: "The single most important thing we want to achieve is for President Obama to be a one-term president."

"but Sen. Mitch McConnell (R-Ky.) did not force Obama to expand the drone problem."

It's a drone problem now? Oh right because Obama does it.

"Yes, he got Obamacare, but it is a bastardized version of national health care, too complex and unpopular to crow about."

Weird, because we kind of remember a lot of crowing about Obamacare in a recent election in which Obama defeated a man Jennifer Rubin dishonestly pretended to like, or dishonestly pretended to dislike after he lost; she did this in her opinion column, which a lot of people probably thought contained her actual opinions, but so much for that, she is actually just a lying turd!

"And if you were a Republican who thought the president was Clinton II, able to triangulate in office and use American military power when humanitarian and strategic interests coincided, it turns out you were a fool."

And then she quotes disgraced Iran-Contra criminal Elliott Abrams who doesn't think Obama has been a responsible "citizen of the world" by bombing enough brown people, even though drones are an expanded problem now, remember that? And apparently Clinton is Eisenhower times Churchill because he intervened in Bosnia too late and in Rwanda not at all, remember that unspeakable horror? Bosnia was clearly in our strategic interest because Bosnians are white people, we guess? And Libya? Doesn't count because Ben Gozzi told her so.

Ugh Jesus let's find one more. Oh, this is dumb and dishonest:

"As things stand, individuals will be required to purchase health insurance with no out-of-pocket caps from exchanges that are not set up to secure their personal information or to detect fraud. This, mind you, is the centerpiece of Obama’s presidency."

No, there will be out-of-pocket caps, all that's happening is the out-of-pocket cap mandated in the bill has been delayed. However Jennifer Rubin is correct that exchanges are not "set up" to secure personal information! They are set up to provide health insurance. Which of course means your medical records will be dropped like confetti from Air Force One as Obama flies to the corner store for a dutch and a gay condom.