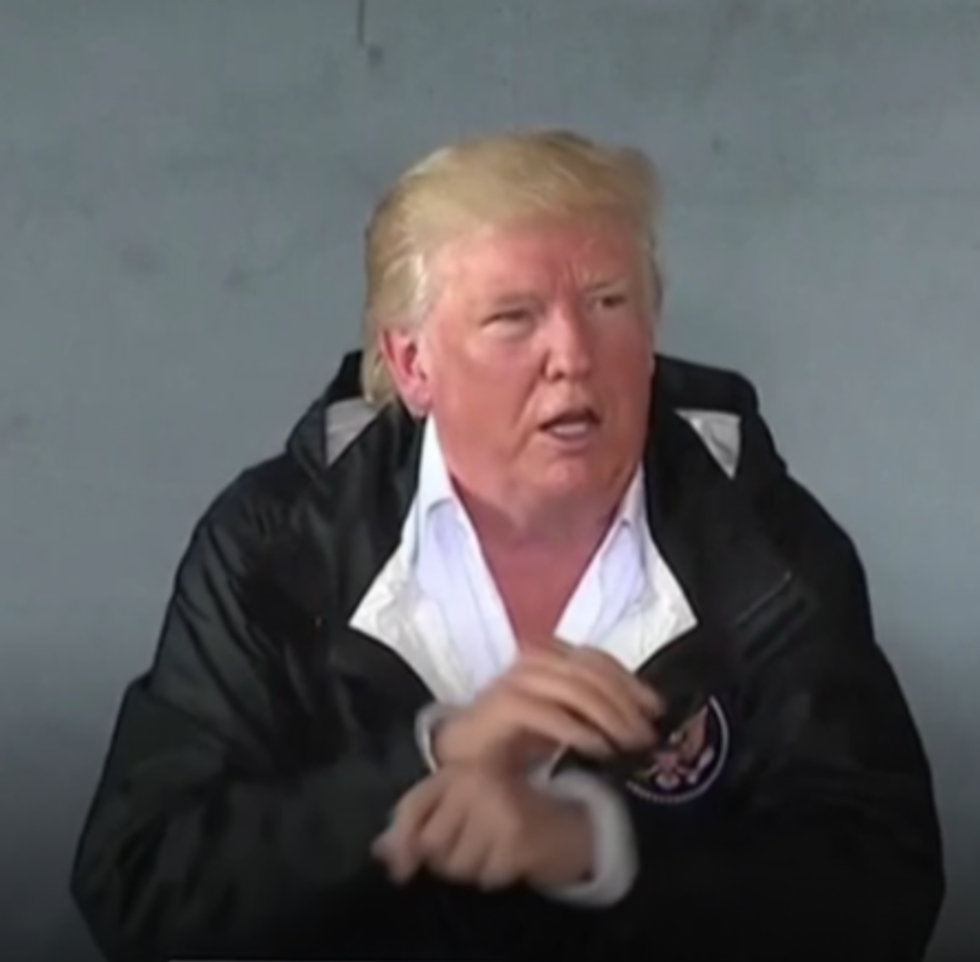 racist? the fuck you say!

Hey, Shitholers! How it do? Good God, the fallout from #ShitHoleGhaziGate continues, and wouldn't you know it, but NBC News uncovered more evidence that perhaps Donald Trump might be racist.

A career intelligence analyst who is an expert in hostage policy stood before President Donald Trump in the Oval Office last fall to brief him on the impending release of a family long held in Pakistan under uncertain circumstances.

It was her first time meeting the president, and when she was done briefing, he had a question for her.

"Where are you from?" the president asked, according to two officials with direct knowledge of the exchange.

Trump was unsatisfied and asked again, the officials said. Referring to the president's hometown, she offered that she, too, was from Manhattan. But that's not what the president was after.

He wanted to know where "your people" are from, according to the officials, who spoke off the record due to the nature of the internal discussions.

After the analyst revealed that her parents are Korean, Trump turned to an adviser in the room and seemed to suggest her ethnicity should determine her career path, asking why the "pretty Korean lady" isn't negotiating with North Korea on his administration's behalf, the officials said.

Oh boy! Bet she's heard that one before! (From racist white people.)

At a March meeting with members of the Congressional Black Caucus, Trump asked the elected officials if they knew just one member of his incoming cabinet — Ben Carson — according to two people in the room.

Carson, the only black member of Trump's Cabinet, had never served in Congress and spent his career as a surgeon. None of the lawmakers knew Carson, and Trump found that surprising, the attendees said.

Why that is stunning, Mr. President, that a whole group of black people had in fact never met your black friend! Did they not know Omarosa either?

During that same meeting, a member relayed to Trump that potential welfare cuts would harm her constituents, "not all of whom are black." The president replied, "Really? Then what are they?"

And here we were thinking calling Haiti and all the countries of Africa "shitholes" was the first time Trump was revealed as a racist.

Are we missing anything? Haha, we are only scratching the surface -- didn't even mention all his racist campaign rallies! -- and this is only the shit we know and not whatever he whispers into the sycophantic buttholes of Senators Tom Cotton and David Perdue (who cannot "recall" whether Trump went on a racist shithole tirade during their private Thursday meeting, when even Lindsey Graham has been peer-pressured into confessing by his fellow South Carolina senator Tim Scott) and whatever other bigots he happens to be surrounding himself with that day.

It truly is a whole new world, grappling with the new information that Donald Trump is a racist. Just like it was a whole new world last week, after Michael Wolff's book o' lies came out, coming to terms with the idea that the president might have just the tiniest spot of dementia.