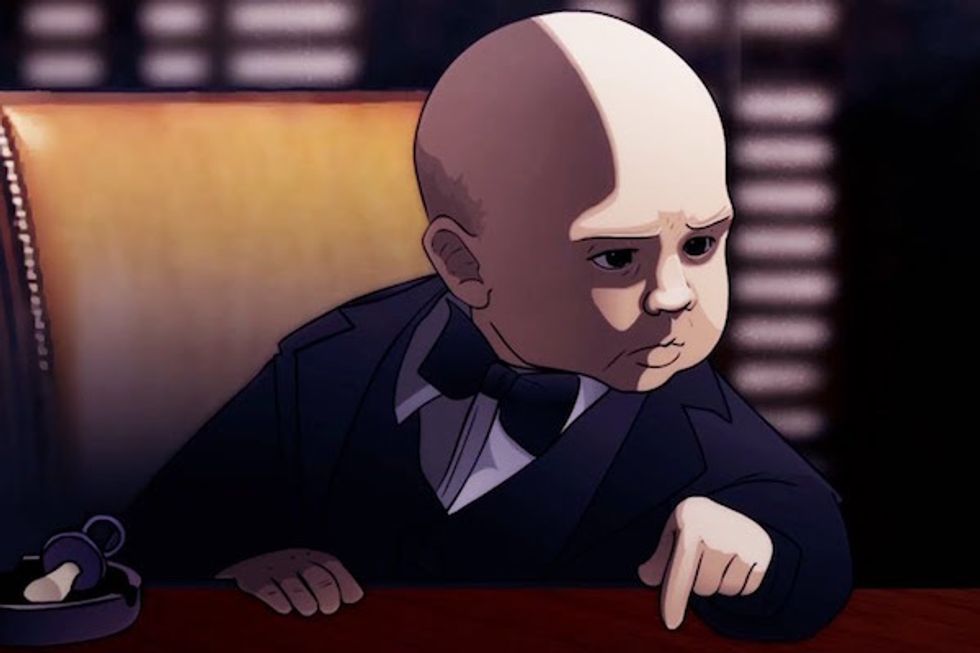 how could you resist this little face?

Three-year-olds are good at lots of things. Singing weird made-up songs about the color orange until you want to throttle them, asking awkward questions about who Mommy's new friend that stays overnight is, being perpetually sticky. We will grant that for such things, toddlers are really top-notch. However, do you know what toddlers are also really great at, apparently? Representing themselves in immigration court. Who knew?

A senior Justice Department official is arguing that 3- and 4-year-olds can learn immigration law well enough to represent themselves in court, staking out an unconventional position in a growing debate over whether immigrant children facing deportation are entitled to taxpayer-funded attorneys.

Hmm. "Unconventional" isn't quite the word we would have gone with there. Terrible, maybe. Heartless? Blindingly stupid? Approaching maximum dickbaggery? All of those are better words than "unconventional," but the WaPo is more genteel than yr Wonkette, so they probably felt a bit more hamstrung than we would have in this situation.

If you'd like to feel even angrier about this, the "senior justice department official" who thinks this stupid thing is Jack Weil, an immigration judge who trains other judges. Man, this fish is rotting from the head, y'all. And Weil didn't just say this off the cuff or while drunk at a party or something. No, he said this in a sworn deposition when he was (presumably?) sober as a, well, judge.

He repeated his claim twice in the deposition, also saying, “I’ve told you I have trained 3-year-olds and 4-year-olds in immigration law,” according to a transcript. “You can do a fair hearing. It’s going to take you a lot of time.”

Now, you might wonder why we're even talking about whether the little ones can represent themselves in court, because how the fuck would that ever come up? Because the ACLU and some other liberal do-gooder types have this silly idea that the government should appoint attorneys for children who are indigent and winding through the hellscape that is immigration court. The Justice Department opposes this and, although they wanted to let us all know that Weil was speaking in his personal capacity, they didn't exactly offer up another solution. Let's face it: if you refuse to give indigent children appointed attorneys, you are saying that they can represent themselves, regardless of whether you say it in as dumbass a fashion as Weil did.

We eagerly await to hear what other hitherto unexplored tasks toddlers may be capable of executing. God, we really hope it involves making us cocktails and being able to drive to the store and get us a carton of cigarettes. They can just represent themselves in court if they get caught.