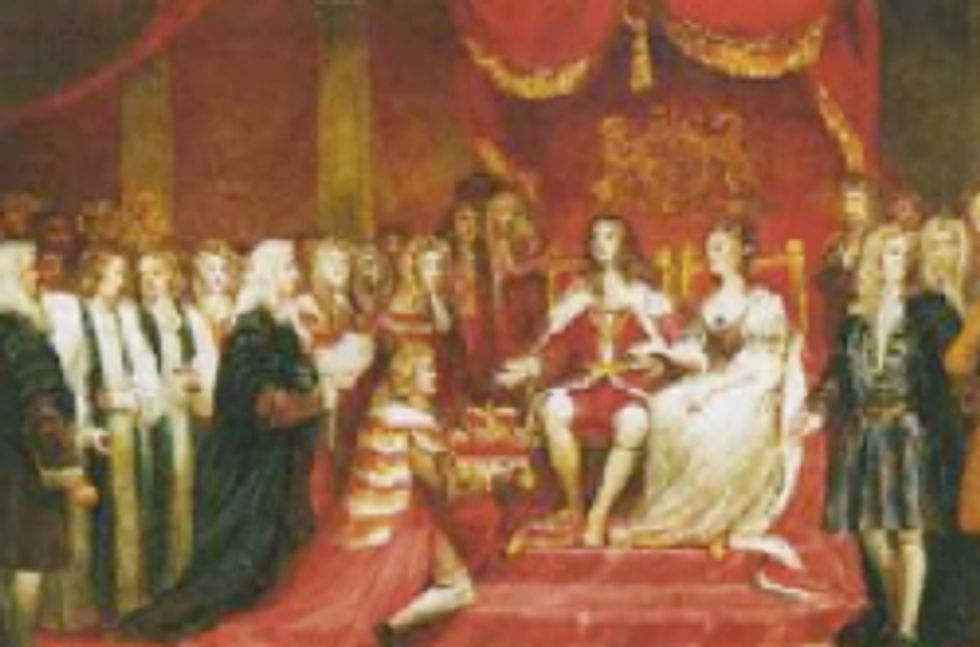 Newsmax contributor John L. Perry, the single most important newsman since Horace Greeley and Keith Olbermann combined, wrote a column yesterday about politics. It began like so: "There is a remote, although gaining, possibility America's military will intervene as a last resort to resolve the 'Obama problem.' Don't dismiss it as unrealistic." But what if we want to dismiss it as unrealistic? It doesn't matter whatwe want, though, because the secret "editors" at Newsmax have pulled the article.

Will the day come when patriotic general and flag officers sit down with the president, or with those who control him, and work out the national equivalent of a "family intervention," with some form of limited, shared responsibility?

Imagine a bloodless coup to restore and defend the Constitution through an interim administration that would do the serious business of governing and defending the nation. Skilled, military-trained, nation-builders would replace accountability-challenged, radical-left commissars. Having bonded with his twin teleprompters, the president would be detailed for ceremonial speech-making.

Military intervention is what Obama's exponentially accelerating agenda for "fundamental change" toward a Marxist state is inviting upon America. A coup is not an ideal option, but Obama's radical ideal is not acceptable or reversible.

We could tell that "John L. Perry" was a very serious person talking about serious things that are likely to happen when he, uhh, threw in a tElEpRoM-TErr joke, the conservative typist's favorite digital armpit-fart.