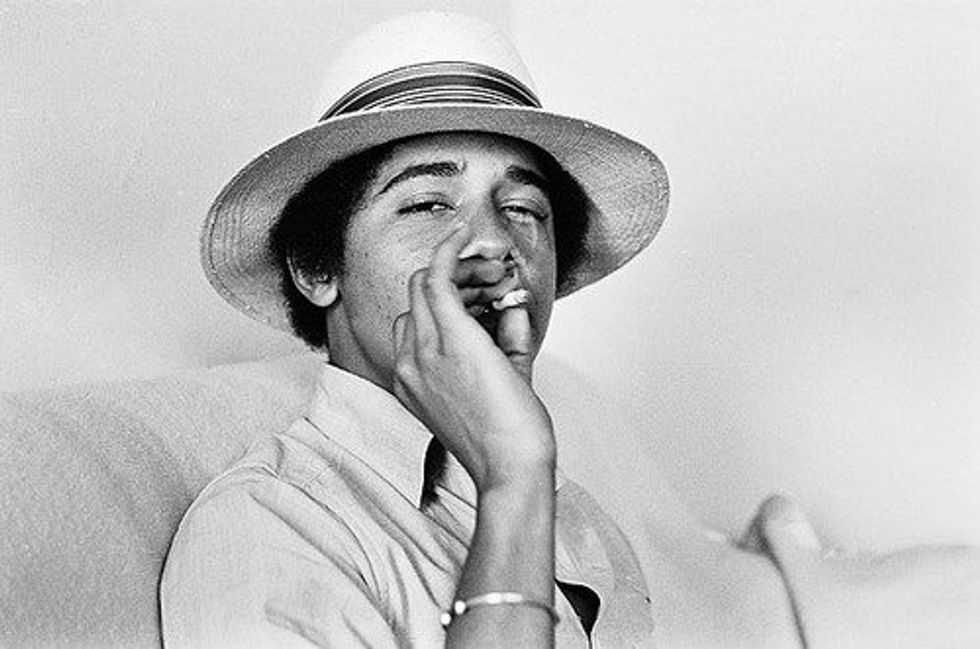 It is going to takeweeks to unpack all of this New Yorker-length Vanity Fair article "Portrait Of Obama As A Pretentious Young Man," but we at Your Wonkette know your carnal and emotional needs, and that is to have regular updates on this, the greatest magazine journalism of its generation. Up now!

She remembered how on Sundays Obama would lounge around, drinking coffee and solving the New York Times crossword puzzle, bare-chested, wearing a blue and white sarong. His bedroom was closest to the front door, offering a sense of privacy and coziness. Genevieve described it in her journal this way: “I open the door, that Barack keeps closed, to his room, and enter into a warm, private space pervaded by a mixture of smells that so strongly speak of his presence, his liveliness, his habits—running sweat, Brut spray deodorant, smoking, eating raisins, sleeping, breathing.”

Shirtless, blue and white sarong, and Brut. This has been your Obama Vanity Fair nooner update. [VanityFair]