In Bitchfight Between Trump And Mexican President, Who's Lying? ALL OF THEM, KATIE 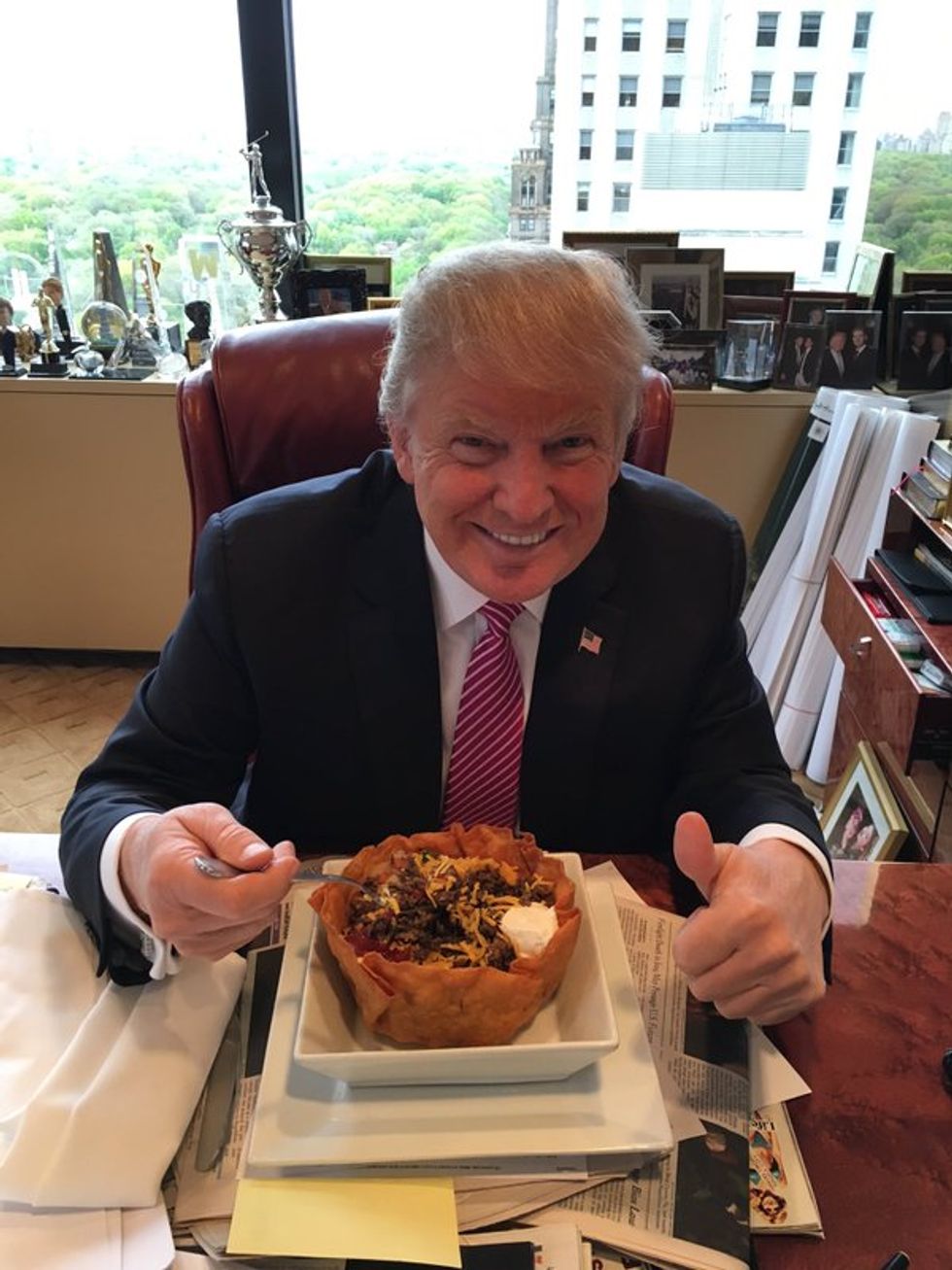 Yesterday, Donald Trump jetted over the border to cosplay at presidenting, international-style. While the pundit class marveled at how diplomatic he was -- he didn't talk about his dick even once -- there was one moment that threatened even that soft bigotry of low expectations: When Donald Trump stood at his podium behind the Mexican seal, he and the other president, Enrique Pena Nieto, were asked who would pay for our marvelous wall.

BUT! While Enrique Pena Nieto stood there silently, not bothering to contradict him, the Mexican president let it be known ... several hours later ... that Donald Trump is a big old liar-man, because they had discussed it, with the Mexican president saying he told Trump flat-out that Mexico would not be paying for the wall.

Who is lying, Pena Nieto or Trump? There is no way to know because a) is Pena Nieto basically Bobby Newport, too dumb to speak up when the question's actually asked? Probably! b) Are they both the worst? Definitely! c) Can we split the baby and decide they're both lying, because fuck it why not? Si, se puede.

But here's where it gets funny besides all the rest of it. Tweet about it, Latin American Wall Street Journal guy:

As part of that statement, @epn said flatly Mexico wouldn't pay for wall. Spox says Trump didn't respond, so there was "no discussion." 2/3

Because there was no discussion, spox says @realDonaldTrump wasn't lying when he said they didn't discuss who would pay for wall. 3/3

Ohhhh yeah, there it is: Donald Trump didn't discuss it, also known as "it depends what the meaning of 'is' is."

It's all good though. Donald Trump has ONE THING, making Mexico pay for a beautiful wall, and it's all he ever talks about, but he got an assist from the ol' Latin lover himself, scary Arizona sheriff man Joe Arpaio, who came right to the point with Jake Tapper: "What difference does it make? The wall's important no matter who pays."

What difference does it make? I feel like we've heard that somewhere before.

And speaking of Hillary Clinton!

Hillary Clinton didn't go to Louisiana, and now she didn't go to Mexico. She doesn't have the drive or stamina to MAKE AMERICA GREAT AGAIN!

LOL Hillz Clinton, you have been SNAPPED and YA BURNT for not following Donald Trump on his grueling, dangerous and muy macho trip of at least an entire hour in Mexico. Donald Trump, he knows more about ISIS than, frankly, the generals do, and he knows more about diplomacy and foreign travel than some girl, she is so weak, he is not saying, but you know, many people are saying. DO YOU EVEN LIFT, BRO?

Also too, we think Dok forgot to mention it in his gorgeous wrapup of Donald Trump's astonishingly excellent speech about his beautiful wall, so we will add it here in addition as well: Trump made Jeff Sessions and Rudy Giuliani wear hats that said Make Mexico Great Again Also.