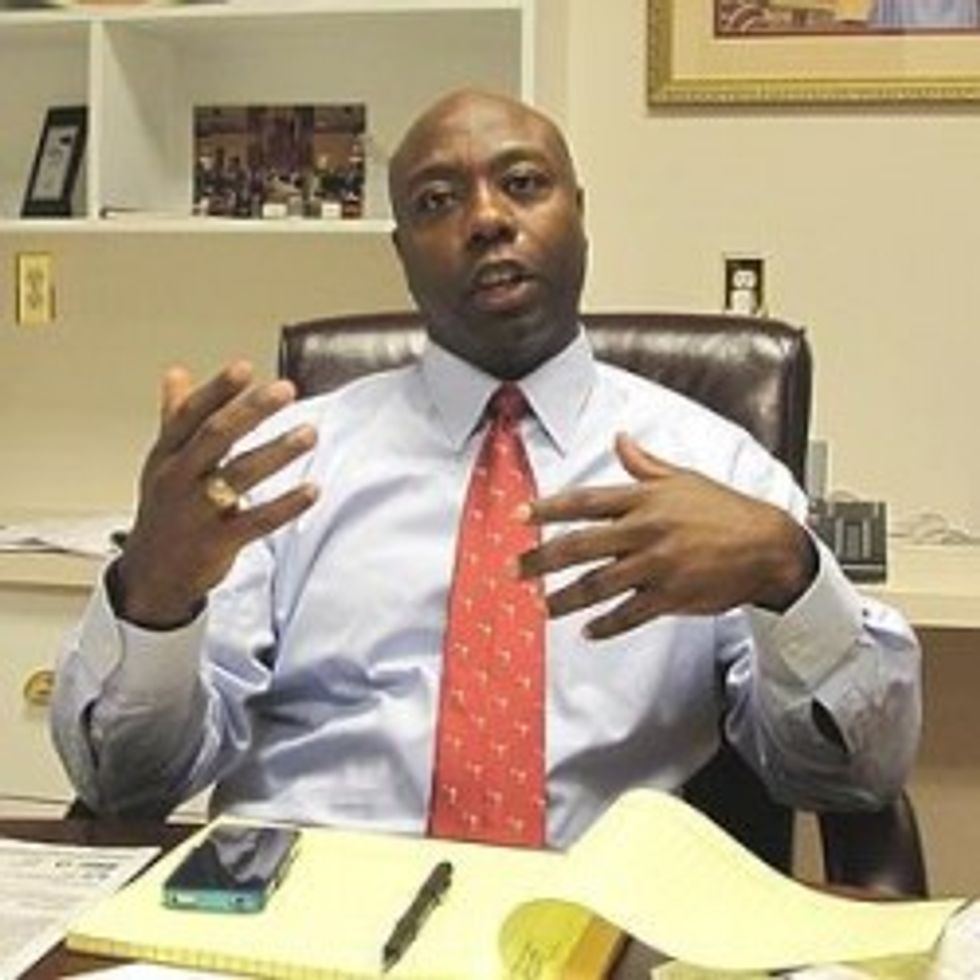 Rep. Tim Scott (R-SC), who is the Other Black House Republican Besides Allen West, is your newest Senator from South Carolina, after Jim Demint left to grift money at the Heritage Foundation!  YAY!!!

Many people think that Tim Scott is somehow better because he is more moderate than Allen West, which is sort of like a fried Snickers bar being healthier than a fried Twinkie because it is covered in slightly less batter.  Also because, much like a Twinkie, Allen West was defeated and therefore no longer really exists.

As it turns out, Tim Scott is fucking crazy, but he has that sexy Michael Jordan head rather than Allen West's weird graying Kendall Gill flattop, so all is forgiven.

As it turns out, Scott has floated impeaching Barack Obama over the debt limit, wanted to pay infinity money to put the Ten Commandments on state property, and wanted to kick people off food stamps if a working member of the family went on strike, among other things.

Granted, he never tortured an Iraqi prisoner like Allen West did, but it's unfair to compare an apprentice to the master.

Congrats again to Tim Scott, who now has a guaranteed spot as the Black Friend to every Senate Republican from now until Barack Obama leaves office by stealing all the silverware. Well, unless they confuse him for Barack Obama, which they will do roughly three times a week until Joe Biden corrects them.