In Case You Forgot Ronald Reagan Was A Dick 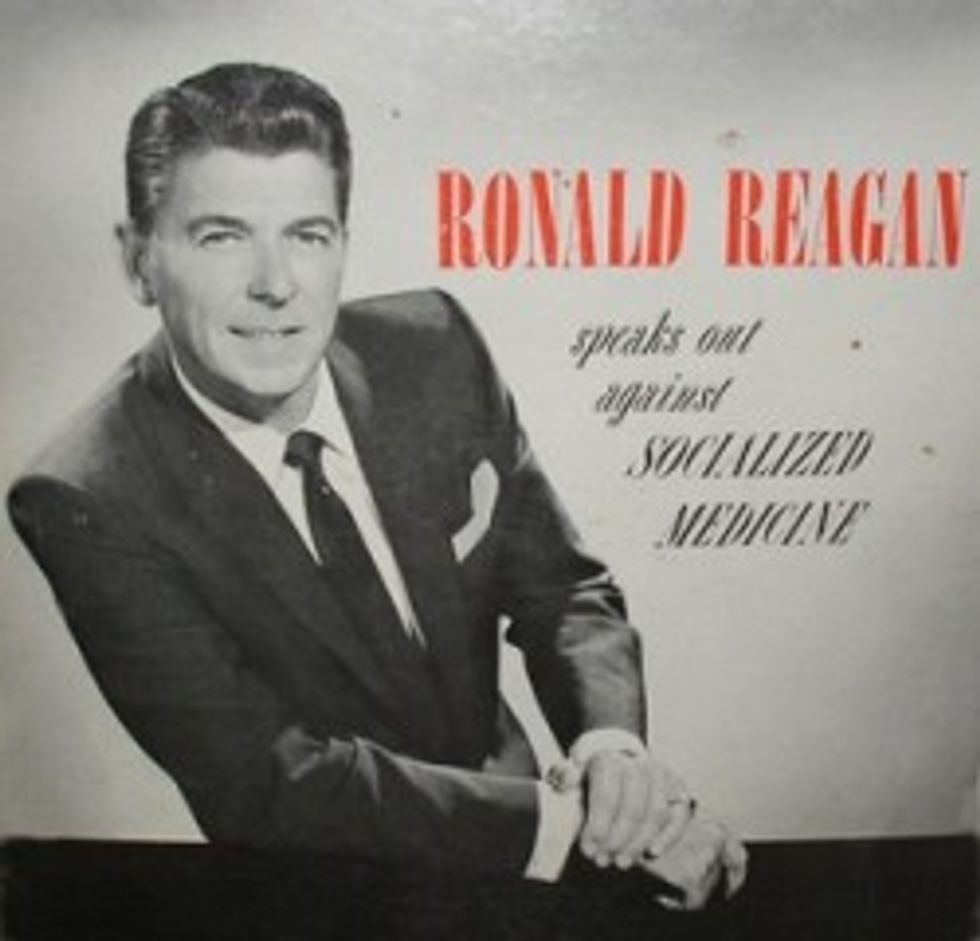 Here is afun story from the LA Times! It is about California's "University" of "California" "system," and how Ronald Reagan lied on it, and crushed Cali's legendary governor Pat Brown (father of Kathleen) by lying on it, and then became governor and broke it. It is also about the total ease with which Reagan told those lies, in case any of you youngs were not aware that Ronald Reagan's fantasy land was not the result of dementia or alzheimer's but rather from being a congenital liar who is married to Morgan Fairchild:

So, there were some beatniks and hippies and Mario Savio protesting for some nonsense at the People's Park in Oakland and stuff, and Reagan basically campaigned on that, so the hippies basically gave the GOP California in addition to giving the country to Nixon by rioting in Chicago in '68. (THANKS HIPPIES.) Then this happened:

Reagan went on to charge that left-wing professors were using Berkeley's classrooms as a "political propaganda base," that undergraduate applications were plummeting and that professors were quitting at three times the normal rate. He offered no evidence for these charges. When Kerr countered that undergraduate applications were actually up 35% over the prior year, Reagan claimed that UC had lowered its standards to achieve those numbers. In fact, the standards had not changed since 1960.

Reagan's rhetoric helped carry him to a landslide victory that November.

Of course he did. Then some other stuff happened some more:

And he continued his attacks. He complained about "subsidizing intellectual curiosity." His auditors suggested that UC sell its rare book collection to generate state revenue. He thrust the governor's office into areas traditionally left to campus officials, such as screening faculty appointments.

Reagan's battles with Berkeley reached a climax in 1969 with the protests over a parcel of university land known as People's Park. Some demonstrators were violent, but law enforcement forces under his authority overreacted and shot dozens of bystanders with birdshot and buckshot. Reagan then imposed martial law on Berkeley, and his military chief dispatched a helicopter that spread tear gas into schools, homes and a hospital.

Your editrix teaches journalism -- hahahahahahaha -- at the University of California Riverside. Students are paying more than $30 thousand per year (including housing) to attend. Your editrix's classroom does not have so much as a projector. Because "takers."