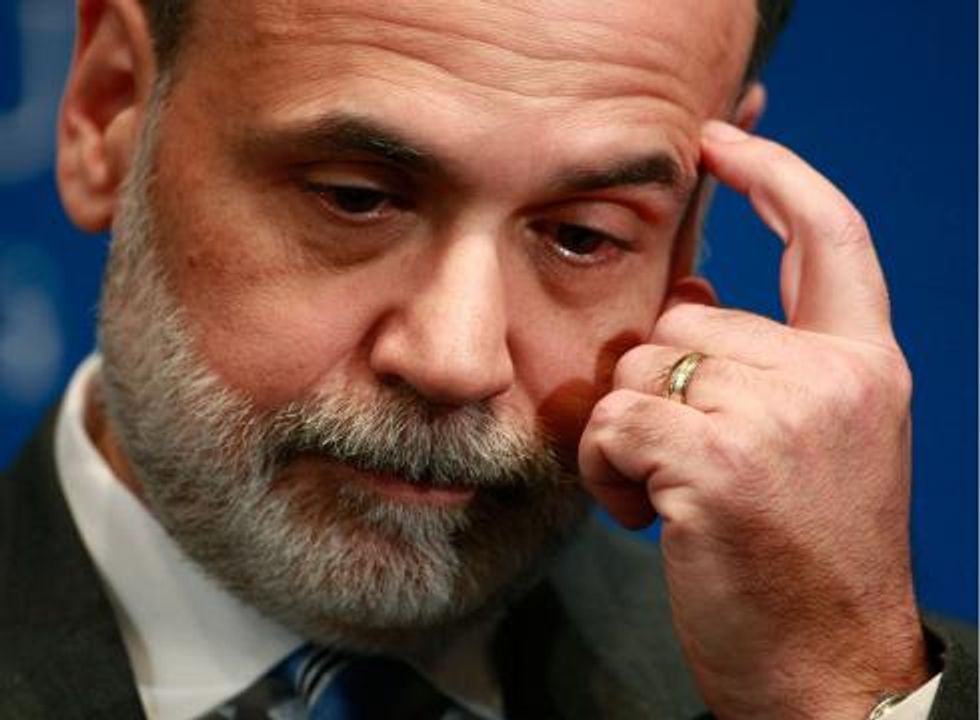 In a move that your Wonkette finds SHOCKING, just SHOCKING, major banks have decided not to lower home loan interest rates for customers, even though thefederal funds rate is hovering at around zero and banks are making a killing on mortgages.

JPMorgan Chase and Wells Fargo, the nation’s largest mortgage lenders, said Friday they won’t make home loans much cheaper for consumers, even as they reported booming profits from that business. Those bottom lines have been padded by federal initiatives to stimulate the economy. The Federal Reserve is spending $40 billion a month to reduce mortgage rates to encourage Americans to buy homes. Instead, its policies may be generating more benefits for banks than borrowers.

WHAT A SURPRISE that QE3 and similar policies just benefit the banks at the expense of homeowners and Poors, as predicted by such venerable institutions as the Bank of England, the Bank of Japan, and Wonkette.

“The government can’t force banks to give out loans at lower rates any more than they can force Macy’s to sell me sheets for a dollar,” said Karen Shaw Petrou, managing partner at consulting firm Federal Financial Analytics. Since the Fed announced its mortgage initiative, rates have ticked down. But banking analysts say the cost of issuing the loans has fallen much more, significantly boosting bank profits.

Timothy Sloan, chief financial officer at Wells Fargo, said on a conference call with analysts Friday that lowering prices would not be “a good decision from a profit standpoint...We don’t run the business based upon [market] share; we run the business based on profitability.”....One official added that he even expects mortgage rates to rise next year.

The reason why mortgage bankers are seeing so much green is that the gap has widened between what banks charge a homeowner in interest rates and what they must pay those who finance mortgage lending. The latter has dropped significantly, largely as a result of the Fed’s actions, analysts said..."Banks are in the business of making money and are not going to cut their profit margins for the social good," said Paul Miller, a former examiner with the Federal Reserve Bank of Philadelphia and an analyst at FBR Capital Markets.

You heard it here first: "banks are in the business of making money." Maybe write that down and send it in a letter for Ben Bernanke to consider for the next time he gets a hankering to make economic policy.