In Tribute To Rock Hall Of Fame, Nazis To Recreate Altamont Concert At Cleveland GOP Convention 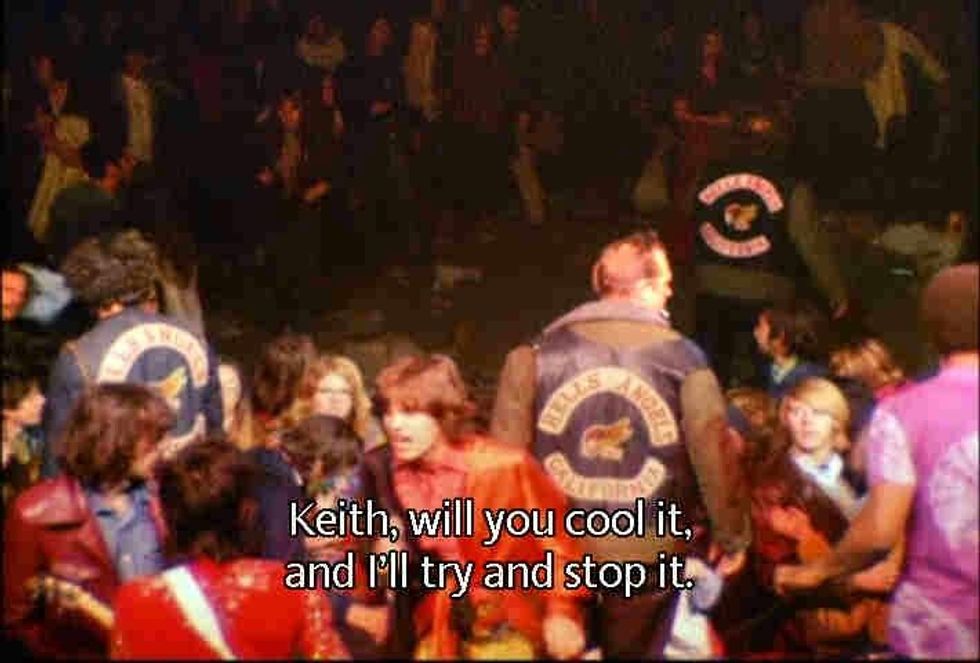 Well this is nice, and one more reason to stay far, far away from Cleveland next month: A bunch of neo-Nazi shitheads has generously offered to show up uninvited in the streets of Cleveland during the Republican National Convention to “make sure that the Donald Trump supporters are defended.”

The white nationalist creepazoids of the "Traditional Worker Party" announced Wednesday their plans to go help keep things calm at the convention, days after a Saturday rally in Sacramento, California, where it and another group of White-Power Rangers, the Golden State Skinheads, got into a knife fight with anarchists. The melee at the state Capitol building left at least seven people hospitalized with stab wounds. What could possibly go wrong in Cleveland?

Traditionalist Worker Party spokesman Matt Parrott, who blamed the anti-fascists for the riot, said about 30 members of his group would come to Cleveland.

“We’re essentially just going to show up and make sure that the Donald Trump supporters are defended from the leftist thugs,” he said.

Parrott said he expected Cleveland police to largely prevent violence with heavy security, although “there might be a couple of isolated skirmishes.”

Wink-wink, nudge-nudge, know what he means? Not that he looks forward to a bit of the old ultraviolence, not at all, because he is but a simple defender of freedom who wants to peacefully keep the peace and would never dream of itching for a fight. And no, the fact that these shitheels love nothing more than provoking a violent reaction so they can post YouTube videos of themselves being persecuted by equally radical lefties does not excuse the lefties for attacking them. Do we even need to say that? We probably do.

Brian Levin, director of Cal State San Bernardino’s Center for the Study of Hate and Extremism, said the event seemed to follow a strategy used frequently by white power groups in recent years. The groups will often announce a rally, seemingly bait counter-demonstrators into violence, and then use video footage of the attacks as further evidence of the “white genocide” they use as a rallying call [...]

“Their biggest kind of whine right now is the idea that white people are being subjected to genocide,” Mark Potok, editor of the Southern Poverty Law Center’s Intelligence Report magazine, said of the violence in Anaheim. “That kind of video simply illustrates how white people and particularly white nationalists are under attack.”

There's never a shortage of Black Bloc types (anarchist bros in V masks, not African-American dudes) who are just as happy to go busting heads as the Nazis are, and so we get treated to endless online fights about whether liberalism or conservatism has more violence inherent in their system. Fuck 'em both, metaphorically only.

Even though they've invited themselves to the party, the white nationalists should do a great job of keeping Trumpers safe, just like the Hells Angels did when they were hired to provide "security" at the 1969 Altamont Free Concert. And like Altamont, we won't be surprised if any number of convention-goers end up requesting "Gimme Shelter." It's just a shot away.

The Traditionalist Worker Party is already connected to some good old-fashioned race-baiting at Trump rallies; party leader Matthew Heimbach happily acknowledged he'd shoved a young black woman at a Kentucky Trump rally in March. You might remember the photo and its eerie parallel to the Good Old Days when America Was Great:

Heimbach's the bearded fellow in the red cap at top left; he shoved the black woman almost immediately after this frame. Heimbach is no stranger to White Victimhood; the poor dear's "Youth for Western Civilization" club was kicked out of Baltimore's Towson University in 2012 after members scrawled "white Pride" all over campus -- so much for Free Speach! -- and in 2013 he and his "White Student Union" had bags of urine lobbed at them at a protest in Washington DC. Depending on how long the urine sat before being thrown, it may have been a truly viscous attack by Peebaggers.

Mind you, if there is any violence in Cleveland, it will be the sole fault of "Leftists," because that's obviously how The Left is, says Parrott, clearly tired and shagged out after a long squawk:

Cleveland Über Alles! Have to say it's always reassuring when a neo-Nazi pledges he and his goons will remain "relatively civil." Relative to, say, Chicago in 1968 or a Munich beer hall in 1923. But at least if there's any rioting, it'll be a nice "first-world" riot, by which Parrott means both that he is a white person, and hence automatically victimized, and perhaps also that many of the combatants will be wearing Kevlar. At least it's an ethos.

The smart thing to do is to stay the fuck away from these people in the streets, dee-da-dee-dah-day. A plague on both their houses; we'll be over in the corner singing We Shall Overcome.