In Which Wonket Returns To Its Regularly Scheduled Catholic Church Bashing 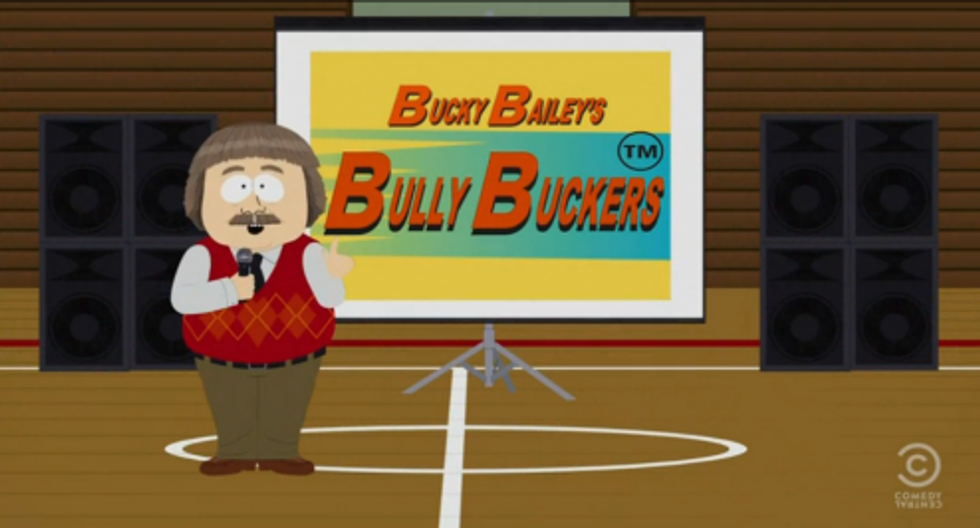 Ohai, Catholic Church! Much to the dismay of many of our readers, we've been loving up the New Pope lately and giving him plenty ofnice time. To everything there is a season, however, and now we turn turn turn back to our more-familiar role scoffing at the Church for its public panic attacks over the use of everyone else's private parts. Our comedy villain of the day is the archdiocese of Minneapolis-St. Paul, which is currently on a fainting couch over proposed legislation to address bullying in schools. The archdiocese is warning parents that private schools could lose ancillary state funding if they do not comply with the law, which prohibits anti-gay bullying, or, as the archdiocese puts it, subjects children to "re-education camps."

From the official publication of the Minneapolis-St. Paul Archdiocese:

Enter HF 826/SF 783, the “Safe and Supportive Schools Act,” which is being sold as a measure to combat school bullying.

Legislation to combat school bullying seems like a no-brainer. No one wants his or her child bullied.

But this bill is not designed to protect all kids from school bullying. In fact, some victims of bullying may receive no special protection from the legislation.

The proposed law singles out certain “protected classes” of students — including sexual orientation and “gender identity and expression” — for special attention and favored treatment, and encourages curriculum and programming that will, in all likelihood, undermine traditional social and ethical norms and usurp the rights of parents as first educators of their children.

Hey! That sounds a bit weird, that the only kids protected under Minnesota's proposed anti-bullying law would be the homosexing ones. Is that even legal? Luckily, we don't have to answer that question because of course the proposed bill protects everyone, including the religious nutjobs:

"Bullying" means use of one or a series of words, images, or actions, directly or indirectly between individuals or through technology, that a reasonable person knows or should know, under the circumstances, will have the effect of materially interfering with the ability of an individual, including a student who observes the conduct, to participate in a safe and supportive learning environment. Examples of bullying may include, but are not limited to, conduct that...relates to the actual or perceived race, ethnicity, color, creed, religion, national origin, immigration status, sex, age, marital status, familial status, socioeconomic status, physical appearance, sexual orientation, gender identity and expression, academic status, disability, or status with regard to public assistance, age, or any additional characteristic defined in chapter 363A of a person or of a person with whom that person associates, but the conduct does not rise to the level of harassment.

Even without a fancy/useless legal degree, it is fairly obvious the law will stop you from harassing Catholic children for whatever nonexistent persecution the Church is dreaming up. This makes the archdiocese a bunch of straight-up liars, or at the very least proves their schools do not teach reading comprehension.

What the archdiocese is actually worried about is that they may not be able to teach students that gay love is cursed by God without losing cash:

The bill’s proponents want to require private schools to follow the mandates of the law as well. If a Catholic school refuses to comply, its students could lose their pupil aid, such as textbooks, school nurses, and transportation.

Allow us to get wonkish for a moment. "Pupil aid" is the delicious monies you get FROM THE STATE for your private Jesus madrassa. You are free not to comply with the dictates of this "Orwellian nightmare" (their words), but then you do not get the delicious monies. Sad fact for Catholics and any other strain of religious: It is totally permissible for the state to make funds conditional on equal treatment of students, including being sane towards the gay kids. So feel free to exercise your peculiar brand of hatred and call it freedom, but know that you might have to do it with a little less coin. Yr Wonket is sorry we're not sorry for you.