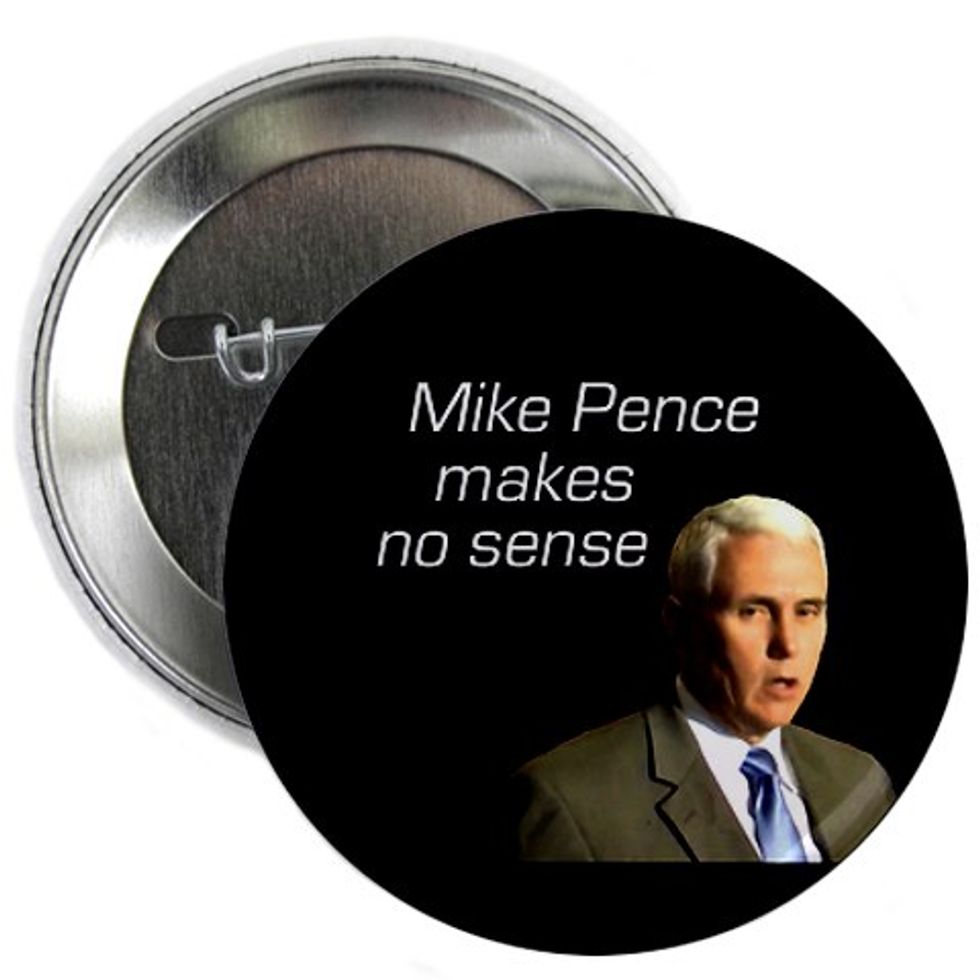 We will comment on this further as soon as we manage to pick our jaws up off the floor:

Gov. Mike Pence is starting a state-run taxpayer-funded news outlet that will make pre-written news stories available to Indiana media, as well as sometimes break news about his administration, according to documents obtained by The Indianapolis Star. Pence is planning in late February to launch "Just IN," a website and news outlet that will feature stories and news releases written by state press secretaries and is being overseen by a former Indianapolis Star reporter, Bill McCleery.

And don’t you worry, citizens. It’s NBD, honest. The Pence administration is describing it as “similar to the state’s current online calendar of news releases, but with a new design,” which doesn’t sound so terrible … until you read the state’s own description of this thing:

“Just IN, however, will function as a news outlet in its own right for thousands of Hoosiers — transparent in functioning as a voice of the State of Indiana's executive branch," according to one document.

Since we have been in this journalism game a hot minute, allow us to translate: that means prepackaged news stories and soft features, wrapped up like unbiased, straight content, all delivered with a giant fucking bow to the waiting arms of underfunded small-town newspaper editors thirsty for free content, extolling the total awesomeness of Mike Pence and his kick-ass administration. [contextly_sidebar id="tbngD5lUE0KQAqaN1ulqwyCt9c93N7Js"]

In other words: a taxpayer-funded propaganda apparatus targeted to small-market newspapers that don’t have the resources to call bullshit on government propaganda. Who could possibly have a problem with that? (Besides, of course, the Lamestream Media, but they would.) It doesn’t smack at all of anything an authoritarian regime would do.

As it turns out, not all of the targeted small-marketed newspapermen are on board. Jack Ronald, publisher of something called the Portland Commercial Review, once trained former USSR journalists on how to build an independent media after the fall of the Soviet Union, and he thinks this is, well, dumb: "I think it's a ludicrous idea. […] The notion of elected officials presenting material that will inevitably have a pro-administration point of view is antithetical to the idea of an independent press."

We racked and racked our brains, but could not think of a single reason Mike Pence might not luuuurve his state’s independent press and want to use taxpayer dollars to circumvent it.