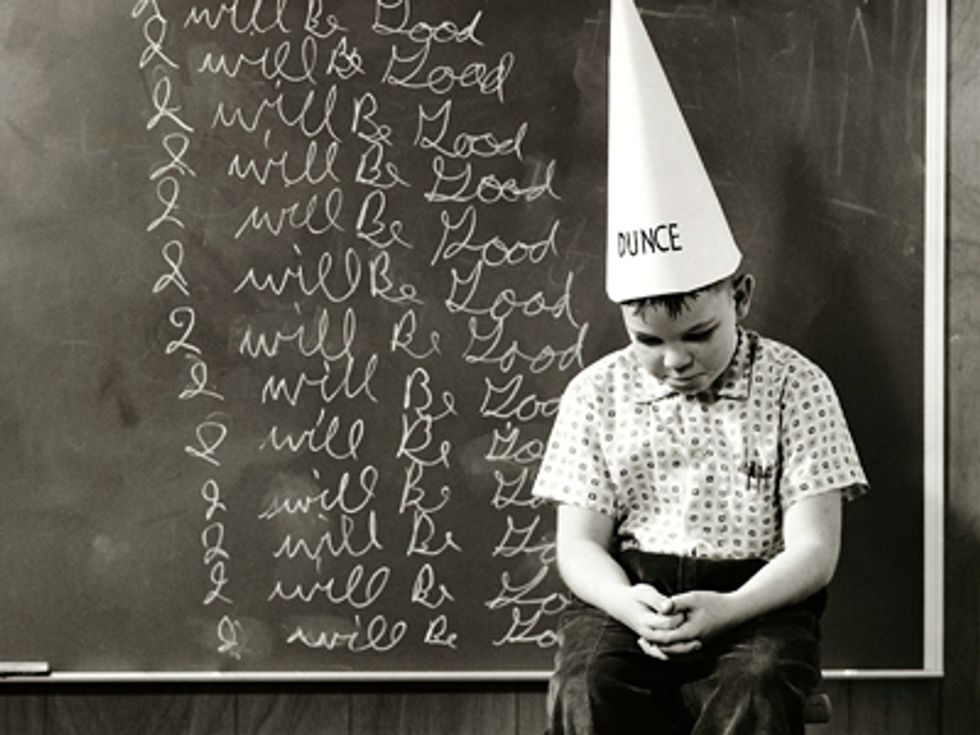 Those of you Wonketeers who work at or have attended a "poorly performing" public school surely know that one does not have to suffer the consequences of poor performance -- consequences that include replacing the principal, laying off teachers, losing tax revenue, or closing the school entirely.

No, one does not have to suffer the indignity of these consequences; one simply gets on the horn to the state official responsible for overseeing education and asks him to overhaul the entire grading system so that the school's grade will be a positive one, and being a good sport, the state official will immediately agree, saving everyone a lot of time and trouble.

Except ha ha, this is only true if you happen to work for or attend a poorly performing charter school that is run by a prominent political donor to the GOP. From the Miami Herald:

To be fair, there are many ways to hold people accountable. One way is to make sure that the highest echelons of authority see their fortunes rise and fall with the lowliest among us.

But another, equally valid way is to say "Is our children learning? No? Well, let's overhaul the entire grading system to make it look like the students at certain charter schools are learning, same difference." Life is not fair, and the kids should learn that early. It is a lesson in and of itself.

Bennett consistently cited Christel House as a top-performing school as he secured support for [a measure to change the grading scheme from A-F]...but trouble loomed when Indiana’s then-grading director, Jon Gubera, alerted Bennett on Sept. 12 that the Christel House Academy had scored less than an A.

Neal fired back a few minutes later, “Oh, crap. We cannot release until this is resolved.”

But it doesn't have to be this way. Here, let us use this as a "teachable moment:" We COULD work hard and get good grades, taking it at face value that the system is fair and the people who run it are fair, OR we could just make friends in high places, and fire off a bunch of emails asking them to overhaul the entire system when it doesn't benefit us. This is how life works, better than everyone learn it earlier than later.