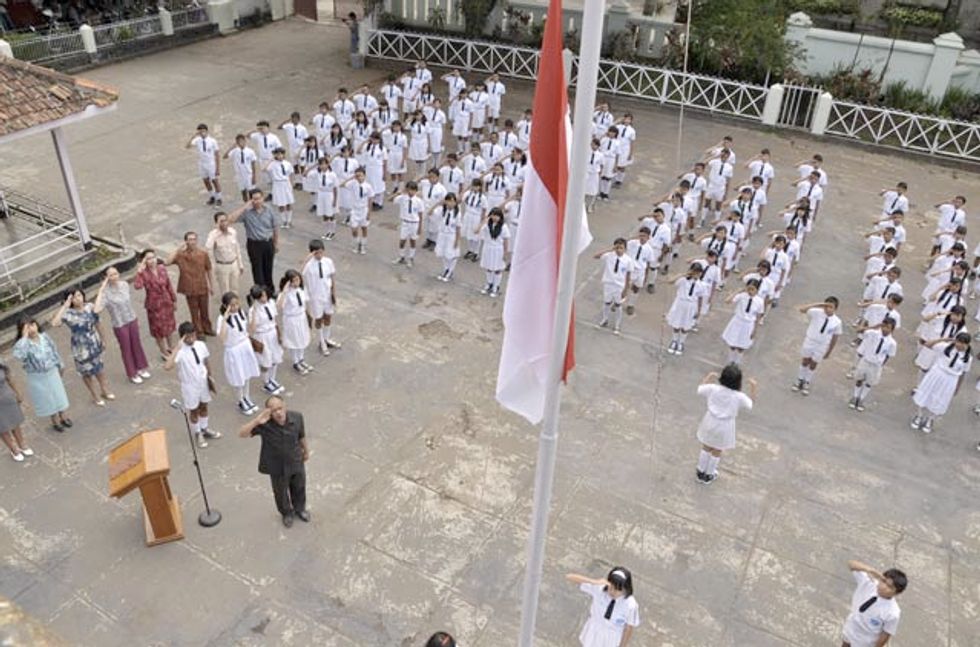 This is a little old but is SUPER IMPORTANT TO DEMOCRACY. Indonesian director Damien Dematra has finished shooting on Little Obama, a film based very, very loosely on our President Barry Soweto's formative years in the country. It looks very good. Look, that's where Obama got his karate skillz! It all makes sense now! And you see that little brown Desi Arnaz kicking those marbles? That's when Barry came up with his most vindictive idea, Obamacare.

"Also not a fairy tale"—Rogert Ebert

The Wall Street Journalnotes this film is based on a book written by—wow, the same guy who's directing this thing! I bet the Internet wouldn't have an image of the cover of—oh, that is a very good cover.

There is an official website for this with another trailer. Apparently Obama falls in love with a gay man and rides on the back of his bike. DON'T ASK DON'T TELL. And there's a media gallery:

WHAT? IS OBAMA SECRETLY POLISH?