All Of Indonesia Competing To Say Craziest Thing About The Gays 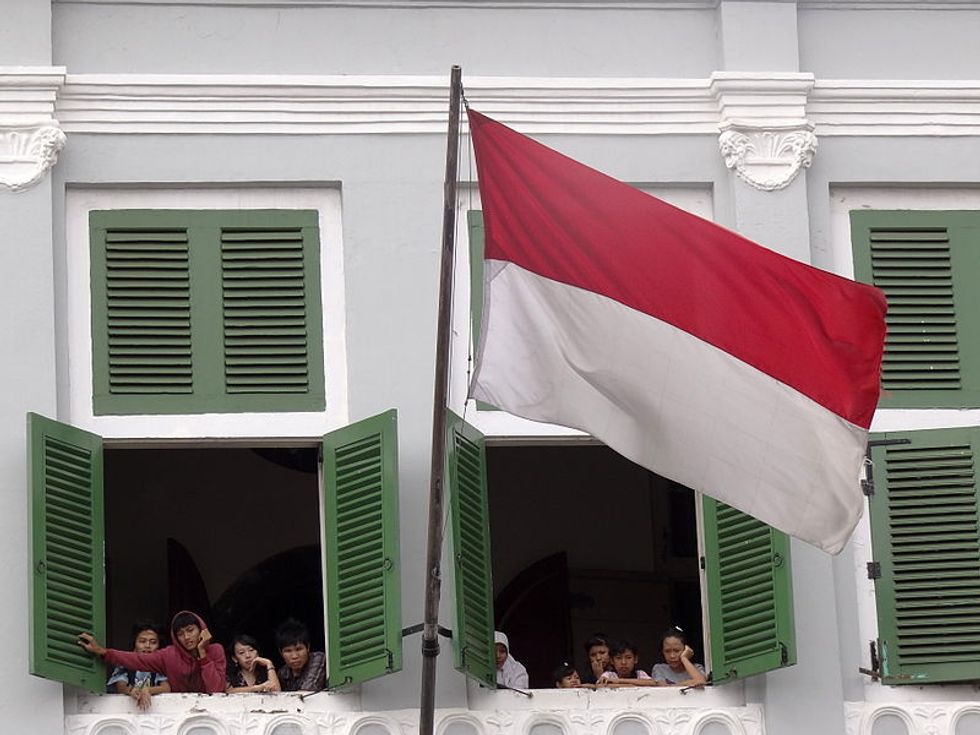 America isn't the only country where conservatives with a mouthpiece loudly use it to extol the icky iniquities of The Gays Who Do The Butt Stuff. Indonesian public figures seem to be playing a game of can-you-top-this with each other where the challenge is to see who can say the craziest, most regressive thing about the homonauts.

First, the leading psychiatric association in Indonesia (STOP LAUGHING!) has declared that LGBT identities should be classified as "mental illnesses" (START LAUGHING AGAIN!). A spokesdipshit for the group managed to turn the concern-trolling up to 11, too:

“We really do care about them,” Suzy Yusna Dewi of the Indonesian Psychiatrists Association told the Jakarta Post. “What we are worried about is, if left untreated, such sexual tendencies could become a commonly accepted condition in society.”

And if they become a commonly accepted condition in society, Jakarta will be riddled -- RIDDLED -- with delicious, affordable brunch places. Then what the hell would they do?! They can only drink so many mimosas!

Dewi's response to the mountain of scientific evidence that gayitude is due to biology was basically "nuh uh," but she did make this concession:

“Without constant intervention, a person can easily return to their previous sexual tendency once he or she experiences withdrawal,” Dewi said.

Yeah maybe that's because it's NOT A CHOICE, YOU SCUTTERING GOBSHITE.

Before you feel all smug and superior, though, it's important to note that the DSM-5 still kind of sort of regards being transgender as a mental disorder, though the definition is softer than it used to be. We still have a ways to go.

But we have considerably less far to go than Indonesia, especially considering our second story. Defense Minister and apparent Pokemon inspiration Ryamizard Ryacudu declared that the LGBT movement was a "proxy war" designed to destroy the country, and that it was more dangerous than a nuclear weapon:

In his expert estimation, the pro-LGBT movement could actually be considered more dangerous than a nuclear bomb.

"In a nuclear war, if a bomb is dropped over Jakarta, Semarang will not be affected -- but in a proxy war, everything we know could disappear in an instant -- it's dangerous," he said.

Look, Ryamander or Ryameleon or whatever your name is: the only type of bomb you're at risk of having to deal with from the LGBT movement is the glitter variety. And while we know glitter is more difficult to get rid of than herpes, let's not go crazy here.

It couldn't possibly get any more ludicrous than that, right? Oh, you sweet summer child.

Let us introduce you to the subject of our third story: the mayor of Tangerang, Arief R Wismansyah. At a seminar at the City Health Office on Tuesday, Wismansyah managed to claim the title of Craziest of Them All:

According to [Wismansyah], nowadays parents are so busy that they often only feed their children formula and instant foods, which can have a permanent negative effect on their child’s development.

“So, it’s no wonder that recently there are more LGBT,” he concluded.

[contextly_sidebar id="4jtyN7HtZEGAIMJ3YbfnEA2hO0YCYSig"]We're trying to think of something more batshit bonkers we've heard about gay people than this (other than something that emanated from the mouth of Pastor James David Manning, because that's cheating) and ... nope. We've got nothing. Pack it up, guys, I think we're done here.