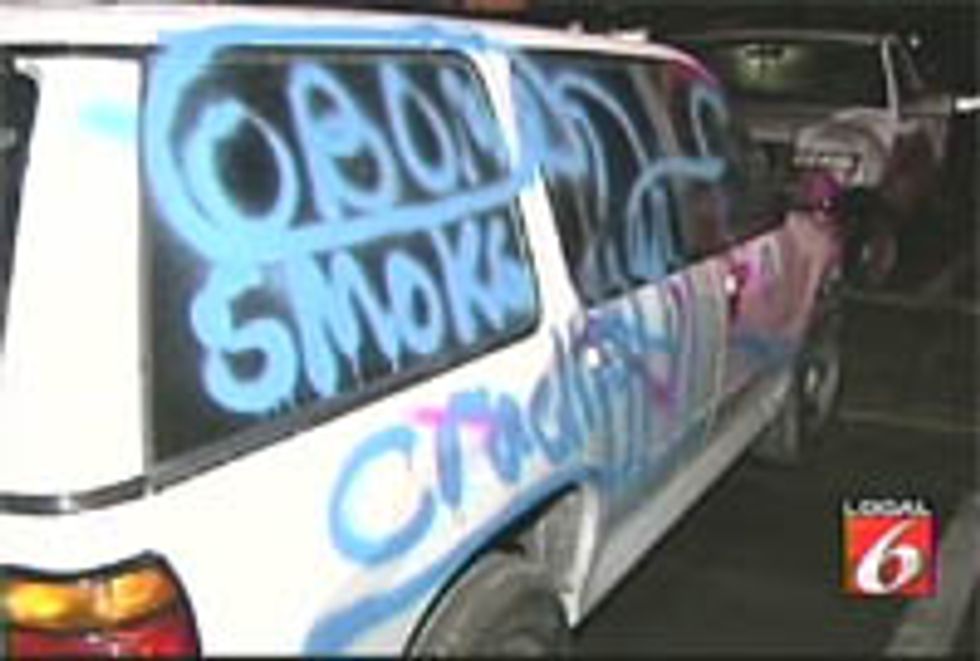 So this guy in Orlando was driving, at night, when he suddenly noticed a gazillion cars all covered in goofy graffiti saying "Obama smokes crack." But that's only the beginning of the troubling evidence at the crime scene pointing to a NOBAMA PUMA Just Say No Deal Hillary Clinton 4 EVA Conspiracy.

"I'm driving by and every car I see has been hit with spray paint," witness Mike Lowe said. "There is so much damage to them. There are messages written on them and the vandals left their business card, which is crazy."

Mark Penn got drunk and printed up some cheap business cards and flew to Orlando, where he drove around with all two of his friends painting cars until dawn. He is still drunk today.