Inside the Mile High Stadium With Obama 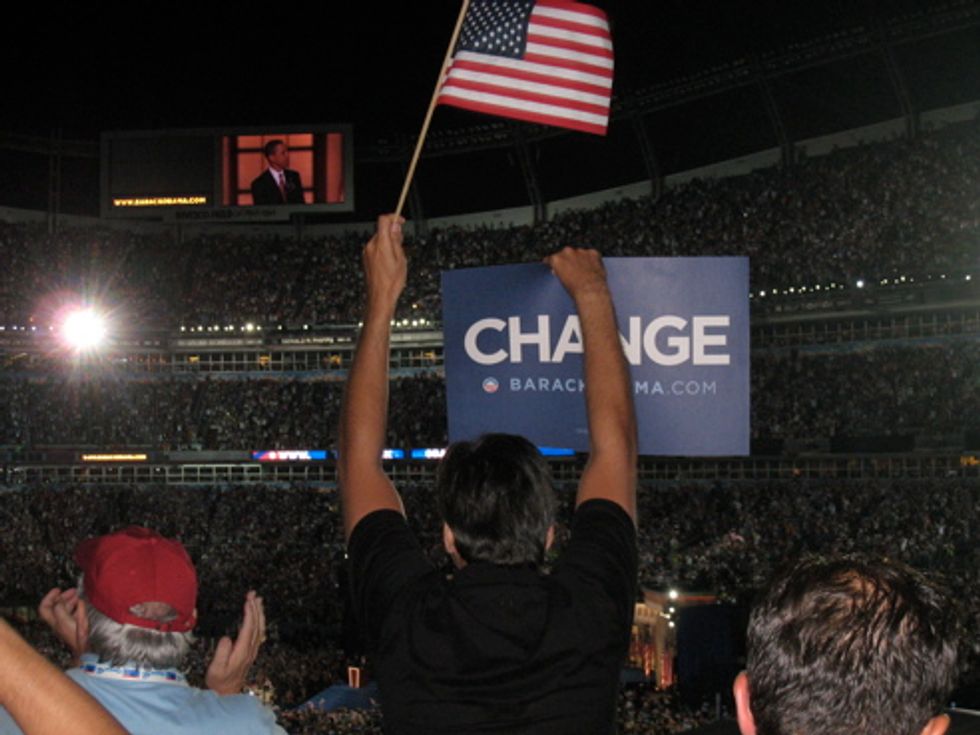 Well, that was insane. Sara almost cried. Jim got caught by the Secret Service. And your editor didn't have an actual seat, so he sat outside liveblogging various speeches, and then headed inside the thunderdome for Obama's entrance. Let's post a bunch of photos!

Organized teams of Obama Rebels gathered outside each section entrance just before Hopey's speech to unfurl massive flags and set up the distribution of Hopey McChange signs. Then everybody just went nuts.

This kids was dancing in the craziest way, on the Level 2 walkways, with his two American flags. This was while Joe Biden was speaking.

And then, we think, he did a complete flip and somehow landed on his feet, all while your editor typed nonsense just four or five feet away.

Many strong men were needed to control some of these Giant Flags.