Internet Assholes Shocked To Discover They Can't Troll The Courts 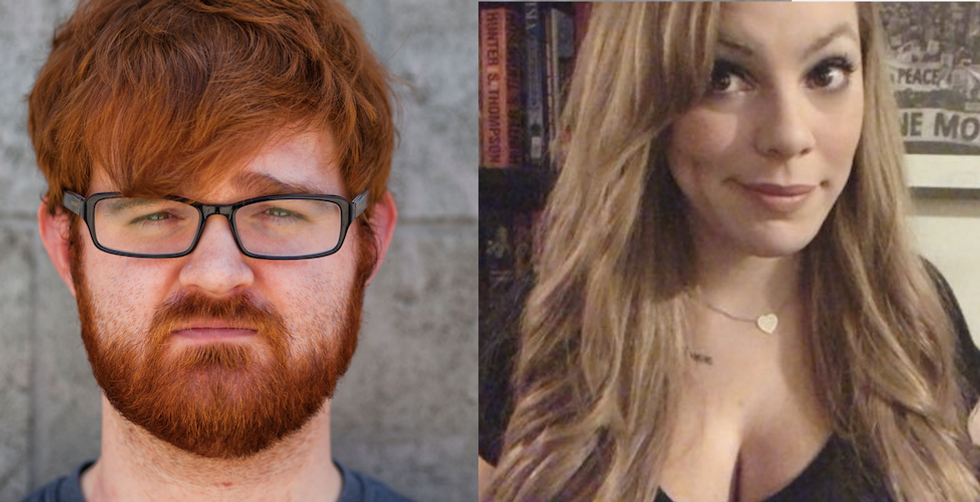 While trolls have dominated the internet lo the past ... forever ... they've become increasingly confident the last few years. After all, they got Donald Trump into the White House. Emboldened by this victory and others, some even got so confident in their abilities to fool people that they decided to take their antics off of the internet and into the courtroom.

It was not, as it turned out, a good idea. For them, anyway.

Chuck C. Johnson, who already had to pay out some cash last week to the man he falsely identified as the person who ran over Heather Heyer at Charlottesville, lost his lawsuit against Twitter this week. Johnson was suing the company for banning him for a tweet asking people to help him "take out" Black Lives Matter activist Deray McKesson, claiming that doing so infringed upon his right to free speech and was part of a larger conspiracy to censor conservative voices on the site.

The court was not buying it, and, in a tentative ruling, patiently explained to Johnson that yes, Twitter can ban him. Or anyone. For any reason. Because that is their First Amendment right.

Defendant is a private sector company. Although it does invite the public to use its service, Defendant also limits this invitation by requiring users to agree to and abide by its User Rules, in an exercise of Defendant’s First Amendment right.

The rules clearly state that users may not post threatening tweets, and also that Defendant may unilaterally, for any reason, terminate a user’s account.

The court also sided with Twitter's anti-SLAPP (Strategic Lawsuit Against Public Participation) motion, deciding Johnson's lawsuit was not so much about a violation of his freedom of speech (because again, Twitter is a private company) as it was about intimidating, harassing and, yes, trolling the social network.

Of course, according to Johnson's idiot lawyer, Robert Barnes, this was actually a victory for them because the court called Twitter a "public forum" in the anti-SLAPP ruling:

Johnson v. Twitter Tentative Court Ruling: "Twitter is a public forum" & Twitter's "control of its platform by allowing or preventing users' tweets, is an issue of public interest." Additionally, Twitter can only restrict speech if using "reasonable regulations" to govern access.

Except, as Mike Masnick of Techdirt points out, the term "public forum" means something different in anti-SLAPP laws than it does in First Amendment law. DOH!

Ready for your next story? Because also losing a lawsuit this week is Cassandra Fairbanks!

The former "lefty" who turned right-wing nutjob when she couldn't get the Left to give her the attention she so desperately craved filed a lawsuit against Splinter (formerly Fusion) writer Emma Roller for tweeting a picture of her and Weird Mike Cernovich flashing the "OK" sign at the White House, commenting “just two people doing a white power hand gesture in the White House.”

To explain this as succinctly as possible,  a bunch of idiots over on 4chan and elsewhere decided that it would be super hilarious to start saying that the "OK" was a symbol for "white power."

Like a variety of other 4chan-style trolls, it was basically the internet version of the "I'm not touching you!" game. Its purpose was to create a dog-whistle that everyone knew about, but which seemed fairly innocuous otherwise, so they could clutch their pearls and go "What are you even talking about? We are just making the gesture for OK! Clearly, the Left has gone TOO FAR!" So they all went about doing the OK gesture in pictures and putting "OK" gesture emojis next to their Twitter names.

Fairbanks decided to take the troll even further by suing Roller for pointing out what she was doing. While lots of people (myself included) pointed out what she and Cernovich were doing, she went after Roller specifically because the "alt-right" has a big beef with Splinter/Fusion/Gawker, etc.

Fairbanks claimed Roller defamed her by saying the gesture was represented "white power," and also that this was part of a larger plot by "gatekeeper journalists" against "grassroots journalists" like herself:

The court noted that at the time the picture was posted, there was significant public discussion of the "OK" gesture's adoption by white supremacists and internet trolls -- or, rather, "everyone knew exactly what she was doing and so did she":

However, the primary reason Fairbanks lost the suit is because she is a public figure, and there is a higher bar for defamation of public figures than there is for private citizens. In order to prove defamation against a public figure, there has to be actual malice -- proof that the reporter, or whomever, either knowingly lied or acted with reckless disregard for the truth, in order to ruin someone's reputation. Clearly, that was not what Emma Roller was doing here. Fairbanks performed the gesture for the explicit purpose of getting people to say that was what she was doing, so she can't really blame anyone but herself for ruining her reputation.

Now, as you may know, one of Trump's big things is eliminating the actual malice standard in libel suits against public figures -- which would be very, very bad for a lot of reasons. In response to the court's finding, Fairbanks retweeted some tweets from none other than Chuck Johnson's idiot lawyer Robert Barnes complaining that courts are taking this "actual malice" thing way too far:

Practically speaking, courts are making "actual malice" a near-impossible standard, giving anyone a license to libel public figures. They will need to correct that if they don't want libel to be a new tool in the adversarial toolbox of opposing political sides.

Given that Fairbanks traffics in conspiracy theories, she might want to back off on getting too upset about that "actual malice" standard, lest she end up getting sued by John Podesta or Hillary Clinton for things she's said about them.

These cases are both very important right now, as are the lawsuits against Alex Jones. The final battles in the War of the Trollses will not be fought online with false pearl-clutching and incorrect readings of the First Amendment, but in the courtroom where that kind of shit is a lot less likely to fly.

This is how we will win. Keep letting them sue. Keep suing them. Force them to keep losing, as publicly and definitively as possible.

The whole point of trolling is being able to pull one over on people, to prove you are more clever than they are. That's why it's so appealing to, quite frankly, stupid people. The more these people publicly fail, particularly in the courts, the more their power and appeal is diminished. The more they make fools out of themselves, the less likely they are to fool anyone else.

Bring on the lawsuits!