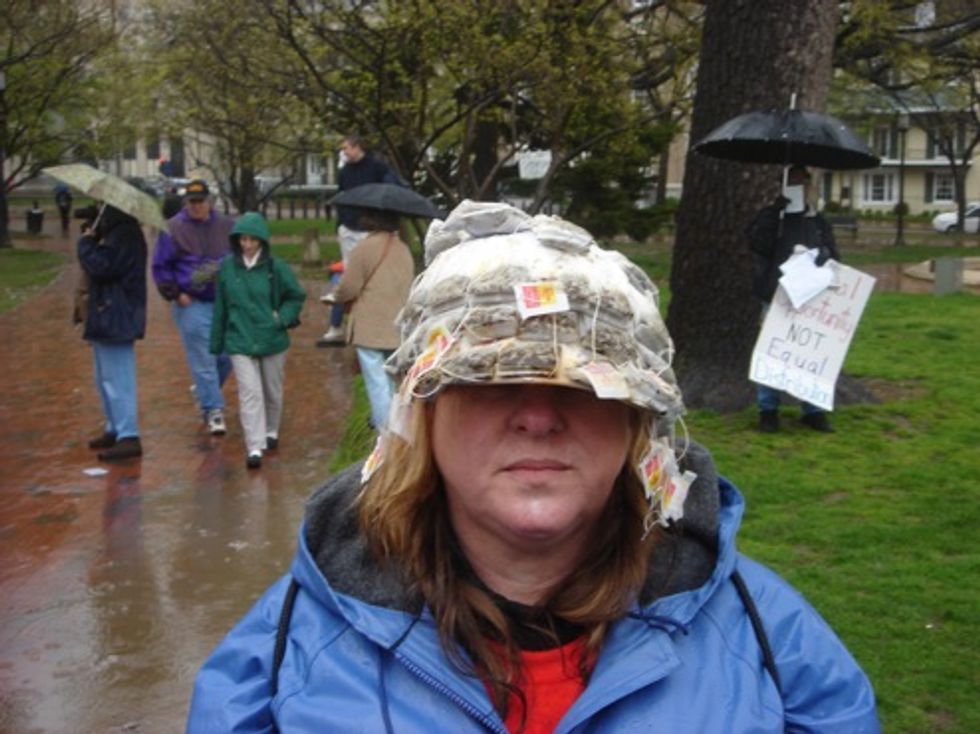 Everyone watch as the Tea Party's national Tea Party Party next month slowly implodes as distrust, paranoia and insanity finally get the best of these distrustful, paranoid insane people. Everyone involved in the big Nashville summit (plateau?) suspects everyone else of trying to cheat someone else out of something, most of all Sarah Palin, whose $100,000 keynote speaking fee is a logical scapegoat in all this. And oh my god and one of the non-Erick Erickson ones learned the word "profiteering," apparently.

Of course, "profiteering" is used interchangeably with "purchasing tickets" and "hotel and airfare not included." Anyway, the Tea Party—again, important to keep in mind that it is not actually a real thing—is so balkanized now, because of the profiteering!

Erick Erickson, the editor of the influential conservative blog RedState.com, wrote this month that something seemed “scammy” about the convention. And the American Liberty Alliance withdrew as a sponsor after its members expressed concerns about the convention’s finances being channeled through private bank accounts and its organizer being “for profit.” [...]

Sherry Phillips, who founded and runs Tea Party Nation with her husband, Judson, said Monday that it is not a nonprofit group.

Ms. Phillips said the American Liberty Alliance was “a for-profit company that takes donations.” The National Precinct Alliance, she said, demanded compensation of around $3,000. “Our budget on this convention is very tight and we could not afford them,” she wrote in an e-mail message.

She declined to comment on Ms. Palin’s speaking fee.

“If there is any profit,” Ms. Phillips said, “the money will go toward furthering the cause of conservatism.”

But does conservatism include hotel and airfare?