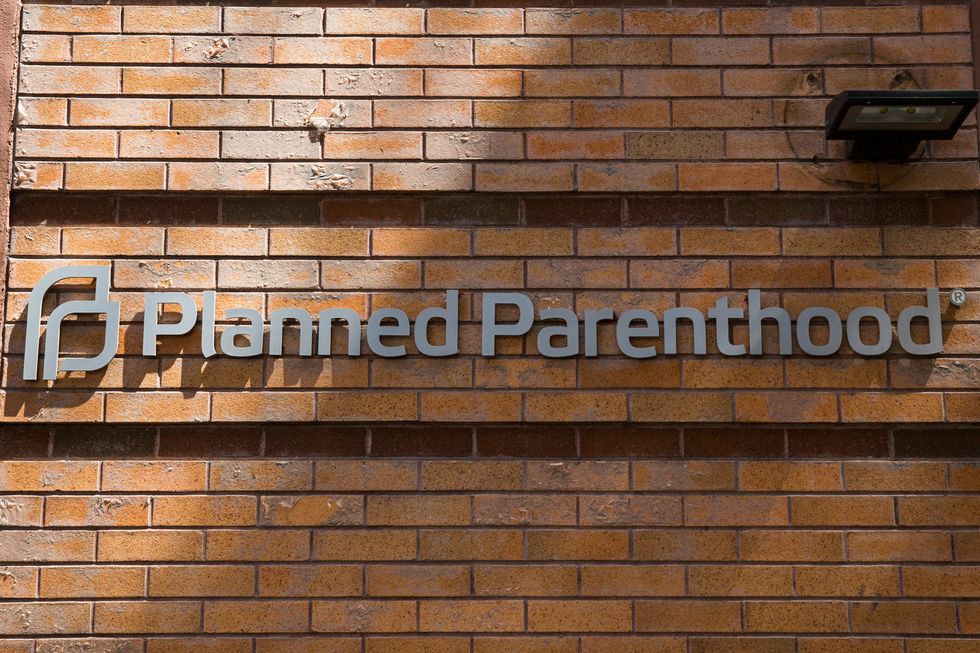 Planned Parenthood announced on Wednesday that four of its clinics in Iowa will close, thanks to legislation passed in March that prevents clinics that provide abortions from getting Medicaid reimbursements. The centers that are closing are located in Bettendorf, Burlington, Keokuk and Sioux City, leaving only eight Planned Parenthood clinics in the entire state.

Why? Because idiots in their state legislature have literally no idea how non-profits and medical billing works, and insist that allowing Medicaid reimbursements somehow "frees up" money for abortions. Which is not at all how anything works, for any reason. Even if they really, really wanted to, that would not be a thing they could actually do. Providers make less money when they accept Medicaid than they do taking private insurance, which is why most ob-gyns do not accept it.

Given the fact that these women already have so few options when it comes to finding doctors that will accept Medicaid, it sure is gross to cut them off from providers that will.

Back in April, Donald Trump signed legislation allowing states to choose to "defund" Planned Parenthood if they wish to do so. The state of Iowa is now going to be the testing ground to see how well that works. It is not likely to be too pretty.

Those who support the bill are, naturally, trying to insist that this will actually be a fabulous thing for women.

“I would say this is fantastic news for women and families in the state of Iowa," remarked Maggie DeWitte, executive director of Iowans for Life. "We would say the services and care provided by Planned Parenthood in the state of Iowa were not what women and families deserved. We have said from the very beginning that there are many, many other qualified health centers that provide comprehensive health care for women."

Is she somehow claiming that women were forced to go to Planned Parenthood, against their will, even though there were "many other qualified health centers?" I'm pretty certain there were not.

Jenifer Bowen, a spokeswoman for Iowa Right to Life, remarked, "The reallocation of our tax dollars, away from the abortion industry and into the hands of true health care facilities, will only empower more Iowa women."

THE WORD EMPOWER IS NOT MAGIC. Saying it does not mean that something is actually good or empowering. In what way does giving women fewer health care options empower them? Empower them to do what, exactly?

If those centers were so great, why were women choosing to go to Planned Parenthood instead? Why did the four Planned Parenthood clinics that are closing service approximately 14,600 people in the last three years? Is it perhaps because many of the centers touted by the Iowa Right to Life don't have the equipment or knowledge to provide the same family planning services that Planned Parenthood does? (At least we haven't seen any Iowans declaring women can get their family planning at elementary schools, or the dentist. Small mercies!) Or because those centers are already full-up on patients? Yes! It seems like that is the case.

At least according to what Ron Kemp, the CEO of Community Health Centers of Southeast Iowa (one of the "health centers" that women who previously went to Planned Parenthood are supposed to go to now), told The Atlantic:

“We have some capacity,” he told me, cautiously. “We don’t know the funding volume, we don’t even know all the equipment, but we’re committed to do that.” Accepting an influx of new patients seeking pelvic and breast exams, as well as contraceptives like IUDs and implants, will require new equipment and an evaluation of provider capabilities and specialization, Kemp said. “We’ll figure out a way to adapt, and expand capacity if that’s what comes in the door… sometimes that takes longer than we would like it to.”

In Council Bluffs, the federally qualified All Care Health Center has one family-planning provider working only on Fridays. The local Planned Parenthood is open on Monday, Wednesday, and Friday. The earliest appointment at Eastern Iowa Health Center in Cedar Rapids was two weeks away, and at Siouxland Community Health Center in Sioux City, a new patient wanting an IUD might have to wait about a month. Both the Cedar Rapids and Sioux City Planned Parenthoods had same-day appointments for all of those services.

It's probably going to be even more difficult to get an appointment at these places now that everyone who was going to the four Planned Parenthood clinics will be trying to get one as well. It sure is weird that none of these Republicans who are so very passionate about defunding Planned Parenthood sought to find out how Medicaid works, or to find out if the health centers they think people can go to instead can actually accommodate that many new customers for family planning services, huh? You would think they might have checked in about that, but alas. They are not that swift.

So Iowa has that to look forward to. That should be fun for them!