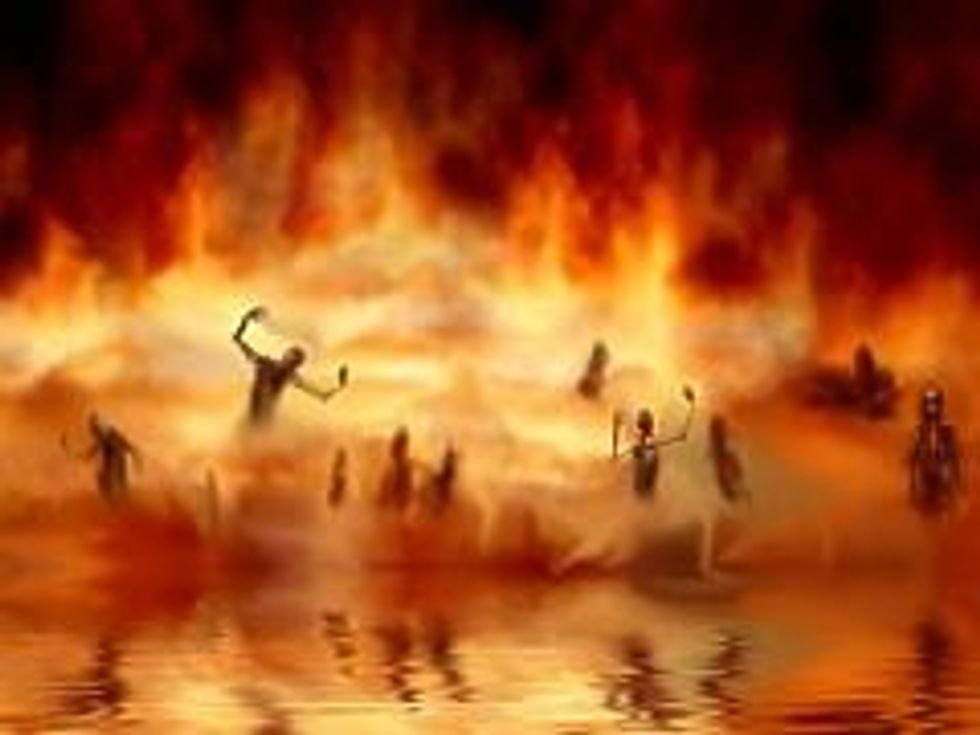 Well,this isn't going over well in Dunkerton, Iowa. Minnesota preacher-man-band "Junkyard Prophet" was supposed to perform at a high school assembly against bullying and for making good choices. Good choices, apparently, like telling gay kids they would burn in fire, inveighing against dirty filthy girls who give it up before they're married, and showing super cool gnarly pictures of graphic aborted feti.

"They told my daughter, the girls, that they were going to have mud on their wedding dresses if they weren't virgins," said Jennifer Littlefield, a parent upset with the band's performance.

Littlefield also did not appreciate what she described as gay bashing.

"They told these kids that anyone who was gay was going to die at the age of 42," she said.

But wait! That's not all!

Instead of just making a bunch of girls cry, according to the LaCrosse Tribune, the band also took a monster runny dump all over separation of church and state. For Jesus!

After performing, the group separated boys, girls and teachers in the building. During the breakout session, the young men learned the group's thoughts on the U.S. Constitution and what one Prophet referred to as its "10 commandments." Members of the group blasted other performers, like Toby Keith, for their improper influence.

So Junkyard Prophet got one thing right.

The girls, meanwhile, were told to save themselves for their husbands and assume a submissive role in the household. According to witnesses, the leader in that effort also forced the young ladies to chant a manta of sorts about remaining pure.

The horrified superintendent went on after the band, attempting to do damage control and remind students that Dunkerton stands for a message of tolerance. Good luck, old chap! If you were wondering whether the high school that hosted an assembly demanding Christianist chants from students, and calling girls sluts and gays hell-nip, was private or public, Dunkerton Community Schools is indeed a public school district. Your editrix called and checked, for Journalism.