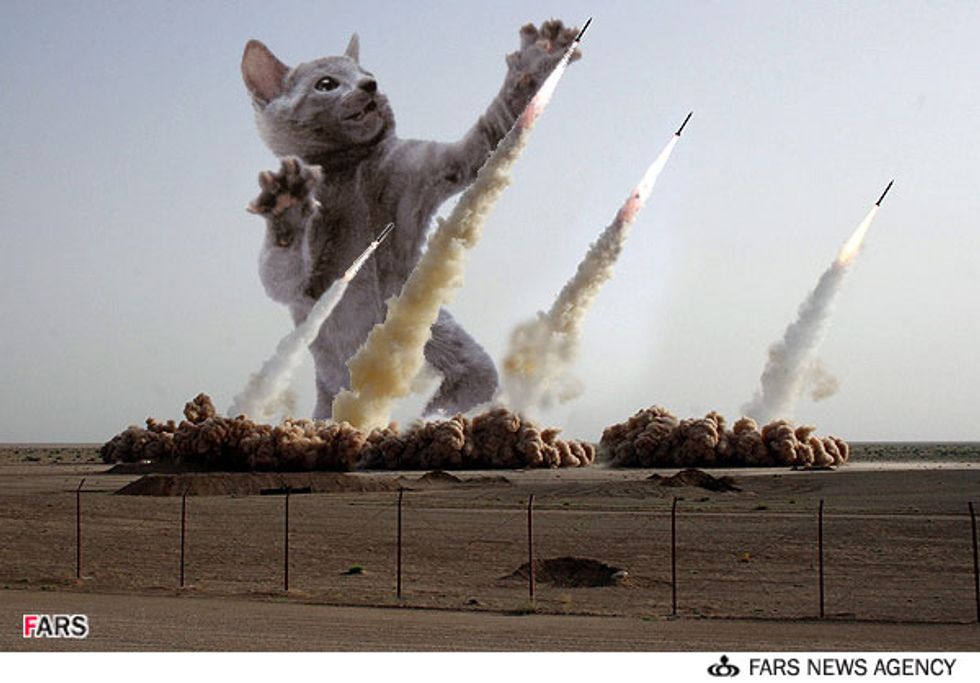 Despite Senate Republicans warning Iran there is simply no point in making a deal with the Obama administration on its nuclear program because the Constitution says he's not really the president anyway, behold:

In a historic announcement, Secretary of State John Kerry said that Iran and six world powers had "resolved major issues" about Iran's nuclear program. The framework agreement was reached after years of multilateral negotiations. [...]

Iranian Prime Minister Hassan Rouhani tweeted on Thursday that Iran and six world powers, including the United States, had reached an agreement on "key parameters" of the issue.

But since you can't trust those Iranians, Secretary of State John Kerry also Twitter-confirmed:

In a press conference, Federica Mogherini, of the European Union, read a statement announcing that the parties had "reached an agreement that would curb some of Iran's nuclear programs, allow for more international inspections and lift some sanctions imposed by the United States on Iran. The agreement allows Iran to continue some enrichment of uranium." She also congratulated the Republican Party for its traitorous love letter, casual suggestions that we skip negotiations and go straight to bomb-dropping, and for its generally mature and helpful diplomatic leadership. (We may have mistranslated that last part.)

We assume Republicans are meeting now to draft their own response saying "Nuh uh, doesn't count" and drawing up impeachment charges against President Obama, Secretary Kerry, and the entire Iranian leadership at this very moment. We'll keep you posted as this constitutional crisis develops.