Iran's Photoshopped Missiles Will Delete Us All 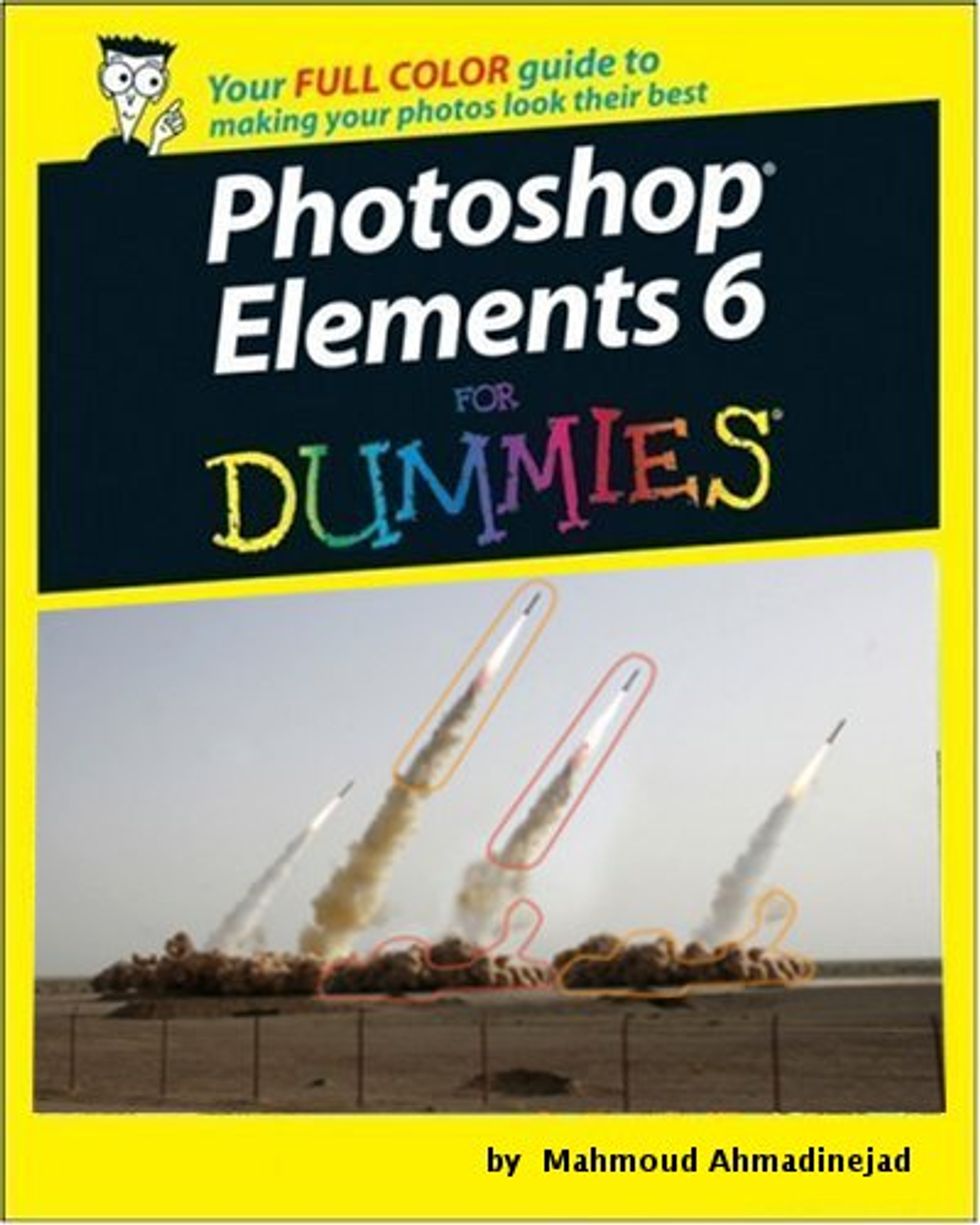 Hey did you hear about the latest Iranian provocation staged by the GOP so Cheney and Special Nuclear Commander John McCain can nuke half the planet on November 3? Well don't worry, because at leastone of the allegedly tested missiles was crappily photoshopped by the Iranian Revolutionary WoW Photoshoppers Guild. The bogus picture was on just about every newspaper front page the other day, so now all the old people who still get the paper are jabbering about four missiles instead of three, the end. (Thanks to Wonkette operative Ura G. for the Dummies cover.)

In an Iranian Image, a Missile Too Many [NYT The Lede]