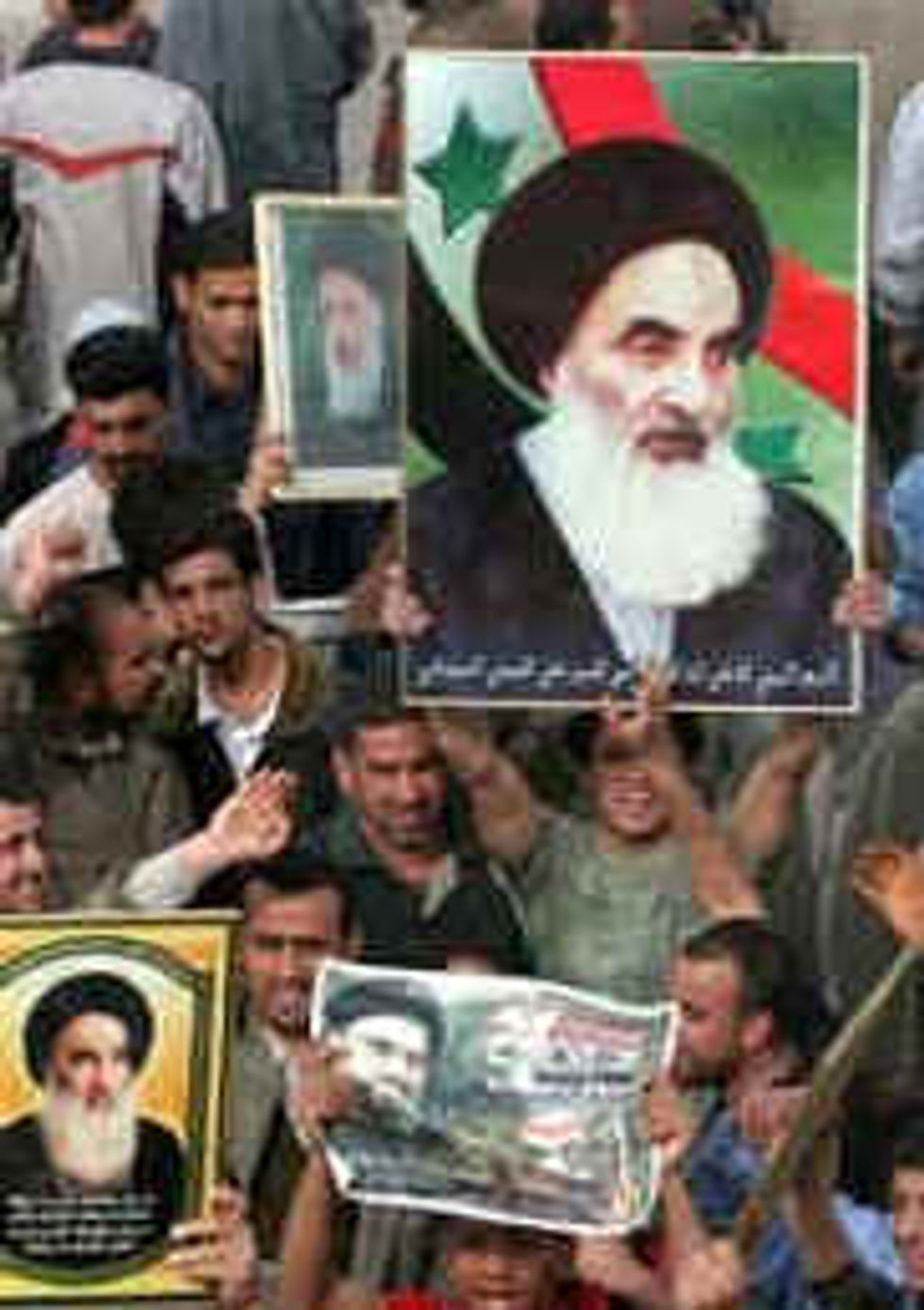 While FBI and Secret Service agents continue to investigate how Sarah Palin could beso retarded as to choose "Wasilla high" as the answer to her "Forgot your password?" question on Yahoo! e-mail, another (less important) "hacking" has rocked America's most placid colony, Iraq. The website of Grand Ayatollah Ali al-Sistani, the most powerful ever Shia cleric, has been pillaged by a gang of rascally Internet teenagers called "Group XP," named to honor their favorite version of Microsoft Windows. The hackers have posted on their conquered site a YouTube of Bill Maher mocking the Ayatollah. WE BET THE AYATOLLAH WILL THINK THIS PRANK IS FUNNY AND JUST LAUGH IT OFF. [Colorado Independent]