Ireland Throatcrams Itself With Marriage Equality, Shoots Gay Rainbows All Over Dublin 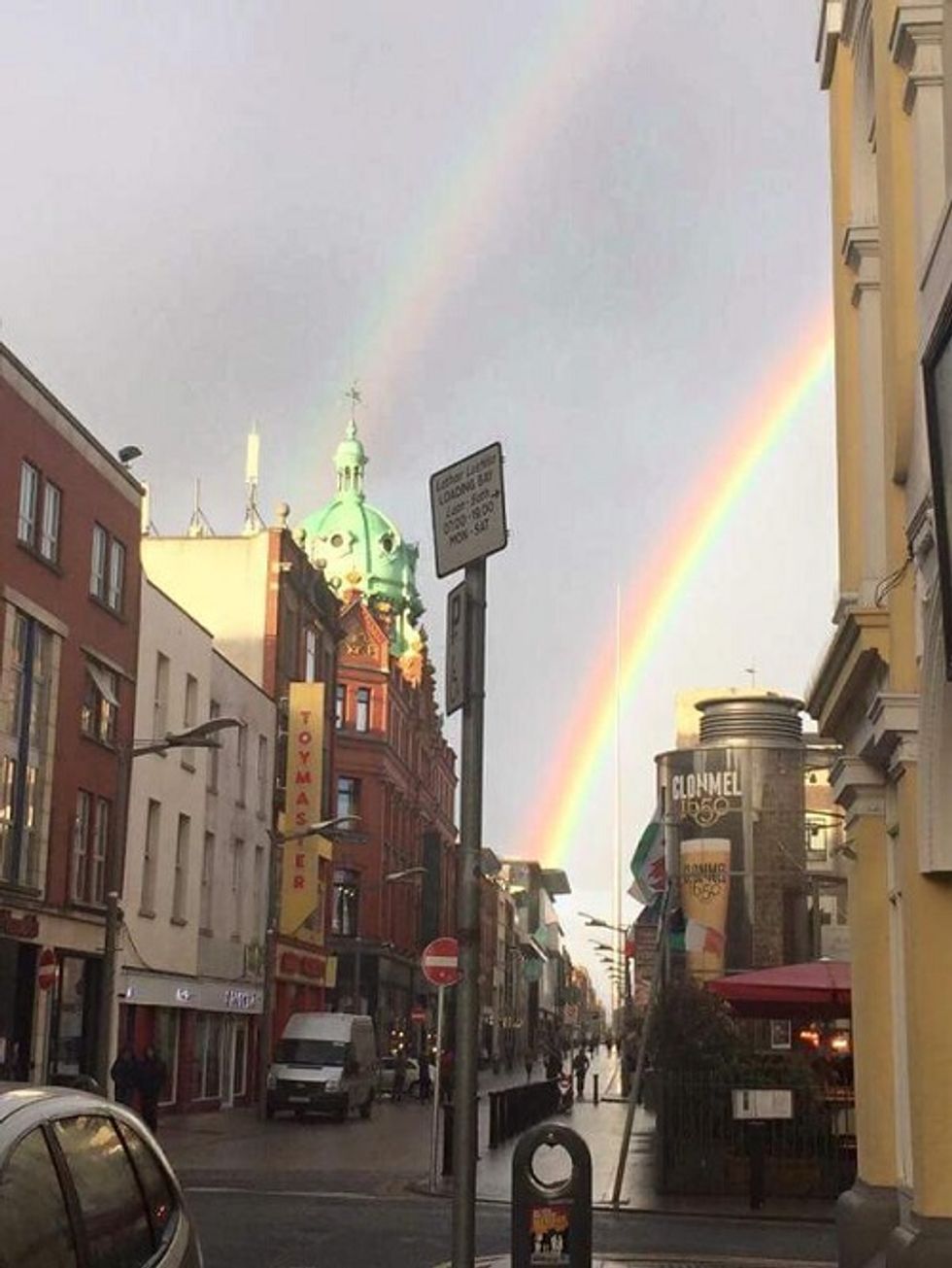 Congratulations, Ireland, it's looking like you've made history as the first nation to choose marriage equality through a national referendum. While the official announcement isn't in yet, the early tallies have "Yes" winning by wide margins, with nationwide turnout over 60% for the referendum (American turnout for the 2012 presidential election was only 57.5 percent, for what that's worth). It's not only supporters of the measure predicting a win; David Quinn of the Catholic group the Iona Institute, which campaigned against the referendum, said it was "obviously a very impressive victory for the 'yes' side". Apparently, not many Irish folks thought it was necessary to protect The Children from the "sounds of sodomy."

Things in Ireland are getting pretty festive today, from all reports. In Dublin, where "Yes" passed with about 70 percent of the vote, huge crowds are headed to Dublin Castle to wait for the official announcement of the results. Dubliner "Karl" snapped the photo above on Friday and slapped it up on Twitter with the caption, "There's a big gay rainbow over Dublin, if that's not Jesus giving the Yes vote I don't know what is;" he got a few bajillion retweets. Also, too, drag queen and pub owner Panti Bliss, who we gather is like Ireand's Ru Paul -- is one happy Camper, according to Irish network RTÉ News:

So congratulations, Ireland! Have yourselves a big gay party, and remember to occasionally drop off some groceries now and then to the neighbours who've barricaded themselves in their houses to survive the Gaypocalypse, like in that epic horror movie, 28 Gays Later:

So much ... equality! Here's hoping we U.S. Americans will join you in June!