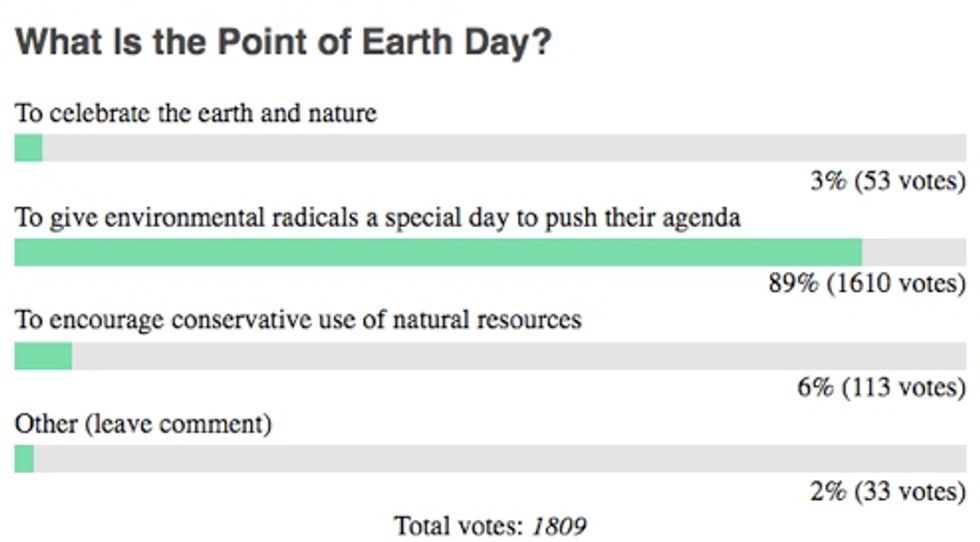 The Indecision Forever blogranks this Newsbusters poll as "The Dumbest Piece of Internet Pollution This Earth Day," which would be true, if it weren't for the comments section immediately below it.

But *God forbid* the MSM ever question their precious "The One" about any of these things.

What Is the Point of Earth Day? [Newsbuster]