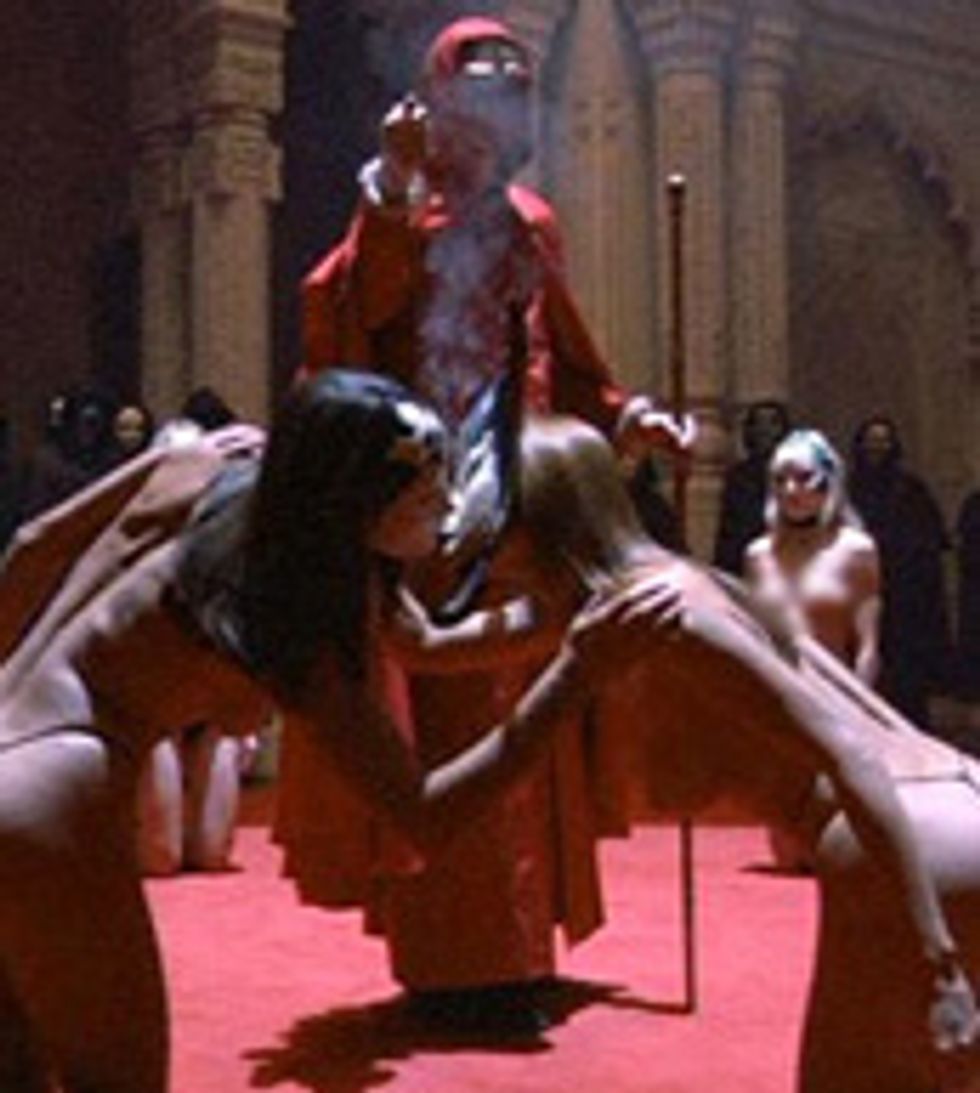 Wonkette pal (and your editor's former editor atLA CityBeat) Rebecca Schoenkopf sends this note regarding Erik Brown, the Orange County GOP donor now taking the fall for the RNC's $2,000 sexytime at West Hollywood's Club Voyeur bondage-lesbian den of debauchery: "I know Erik Brown really well; we used to do a radio show together," Schoenkopf writes. "There is simply NO FUCKING WAY it was he." Full craziness follows:

I know Erik Brown really well; we used to do a radio show together. He is the most uptight, constipated conservative Christian ever, and while that may sound like a perfect candidate for the topless lesbian thing, there is simply NO FUCKING WAY it was he. That kind of shit would make him cry for his mommy. He is clearly, CLEARLY the fall guy on this.

We responded to Rebecca with this picture from that radio show, "The Melting Point" on KRLA 870 AM, where Erik Brown is clearly entranced by Rebecca's rack.

Isn't this, ipso facto, proof that he would also enjoy looking at boobies at a strip club with Micheal Steele paying the bill by stealing money from Patriotic Republican donors?

"Oh, and about my rack," Ms. Schoenkopf responds, "He was actually looking off into the distance (I swear; at a point about six inches in FRONT of my rack) but totally don't let that stop you."

Okay, so this proves that .... Erik Brown was set up to take the fall by the RNC, by that sleazebag operator Michael Steele, because somebody's got to take the fall. We've got to have a fall guy, the GOP needs a victim, somebody they can pin those Voyeur Club expenses on, the end.