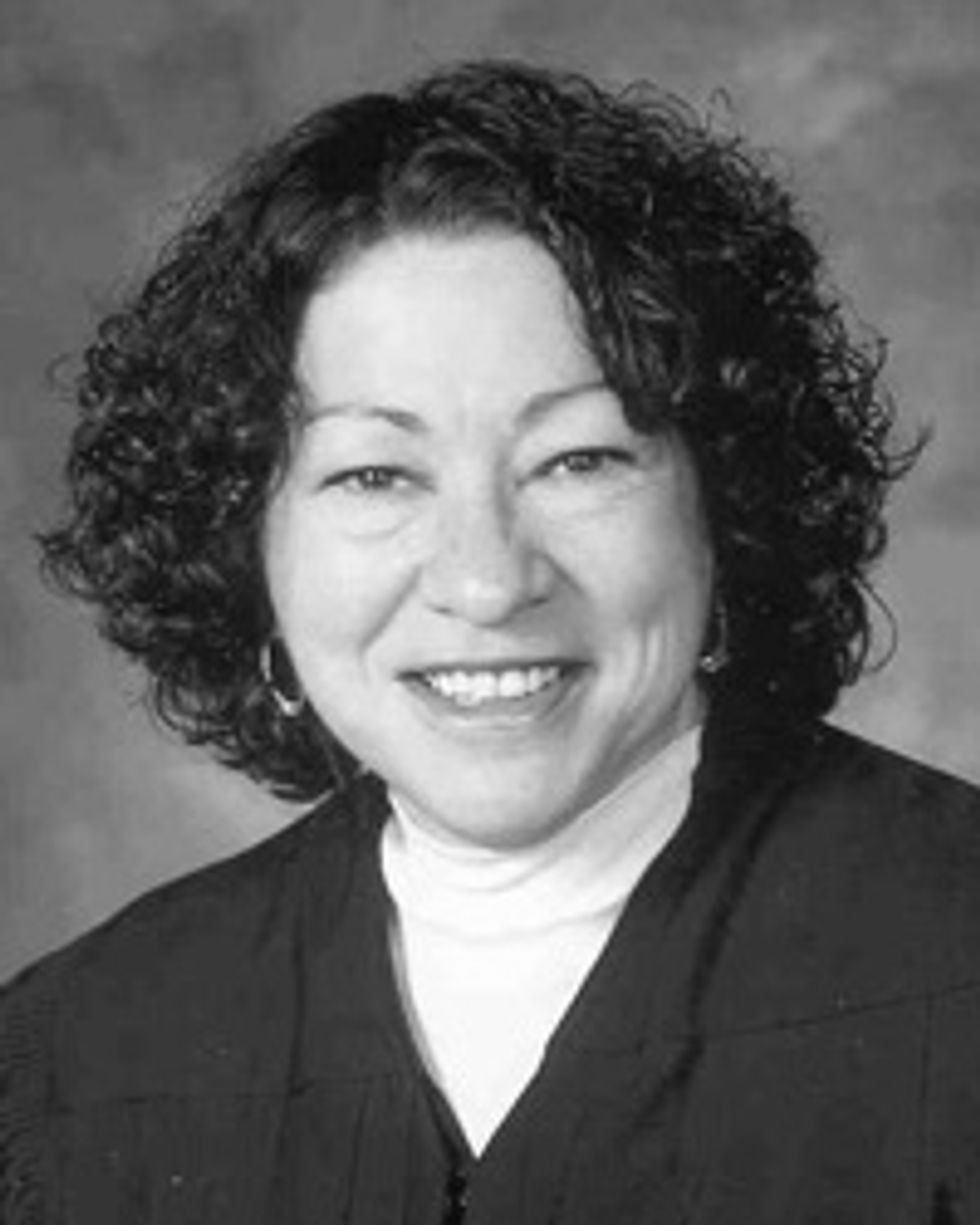 Barack Obama needs two very arbitrary things from his Supreme Court pick: that the pick be a woman, and Mexican. Maybe even a liberal, although he does not support Litmus Tests. A quick scan of the system shows that a gal named Sonia Sotomayor, judge on the U.S. Court of Appeals for the Second Circuit, fills these requirements, so she is automatically the frontrunner. Sotomayor was a Poor for most of her life, born into a Puerto Rican family in the Bronx. Later, however, she went to such "lesser Ivies" as Princeton and Yale Law School and had a ton of fancy jobs writing nonsense. Hooray! BUT NO, writes important Washington legal scholar Jeffrey Rosen of important government pamphletThe New Republic in an important article! She's just another dumb Puerto Rican loudmouth, say his anonymous sources who may or may not have ever heard of her.

Rosen wants us to know right off the bat that Sotomayor is, above all else, a loser with no friends.

Her former clerks report that because Sotomayor is divorced and has no children, her clerks become like her extended family--working late with her, visiting her apartment once a month for card games (where she remembers their favorite drinks), and taking a field trip together to the premier of a Harry Potter movie.

Rosen suggests that maybe she has no husband or family or friends because she is -- according to important minds in the legal world -- an annoying retard.

Over the past few weeks, I've been talking to a range of people who have worked with her, nearly all of them former law clerks for other judges on the Second Circuit or former federal prosecutors in New York. Most are Democrats and all of them want President Obama to appoint a judicial star of the highest intellectual caliber who has the potential to change the direction of the court. Nearly all of them acknowledged that Sotomayor is a presumptive front-runner, but nearly none of them raved about her. They expressed questions about her temperament, her judicial craftsmanship, and most of all, her ability to provide an intellectual counterweight to the conservative justices, as well as a clear liberal alternative.

Even Sotomayor's supporters concede that hey, you know, she's a wacky gal and all, and maybe Princeton and Yale aren't exactly Brown and Cornell, but everyone is special in their own way, right?

This supporter praised Sotomayor for not being a wilting violet. "She commands attention, she's clearly in charge, she speaks her mind, she's funny, she's voluble, and she has ownership over the role in a very positive way," she said. "She's a fine Second Circuit judge--maybe not the smartest ever, but how often are Supreme Court nominees the smartest ever?"

Later, Rosen suggests that quite possibly he is trashing her without knowing what he's talking about at all, and maybe anonymous people are lying to him?

The Case Against Sotomayor [TNR]