Is Obama No Longer Good At Talking Because He Talks Too Smart-Like? 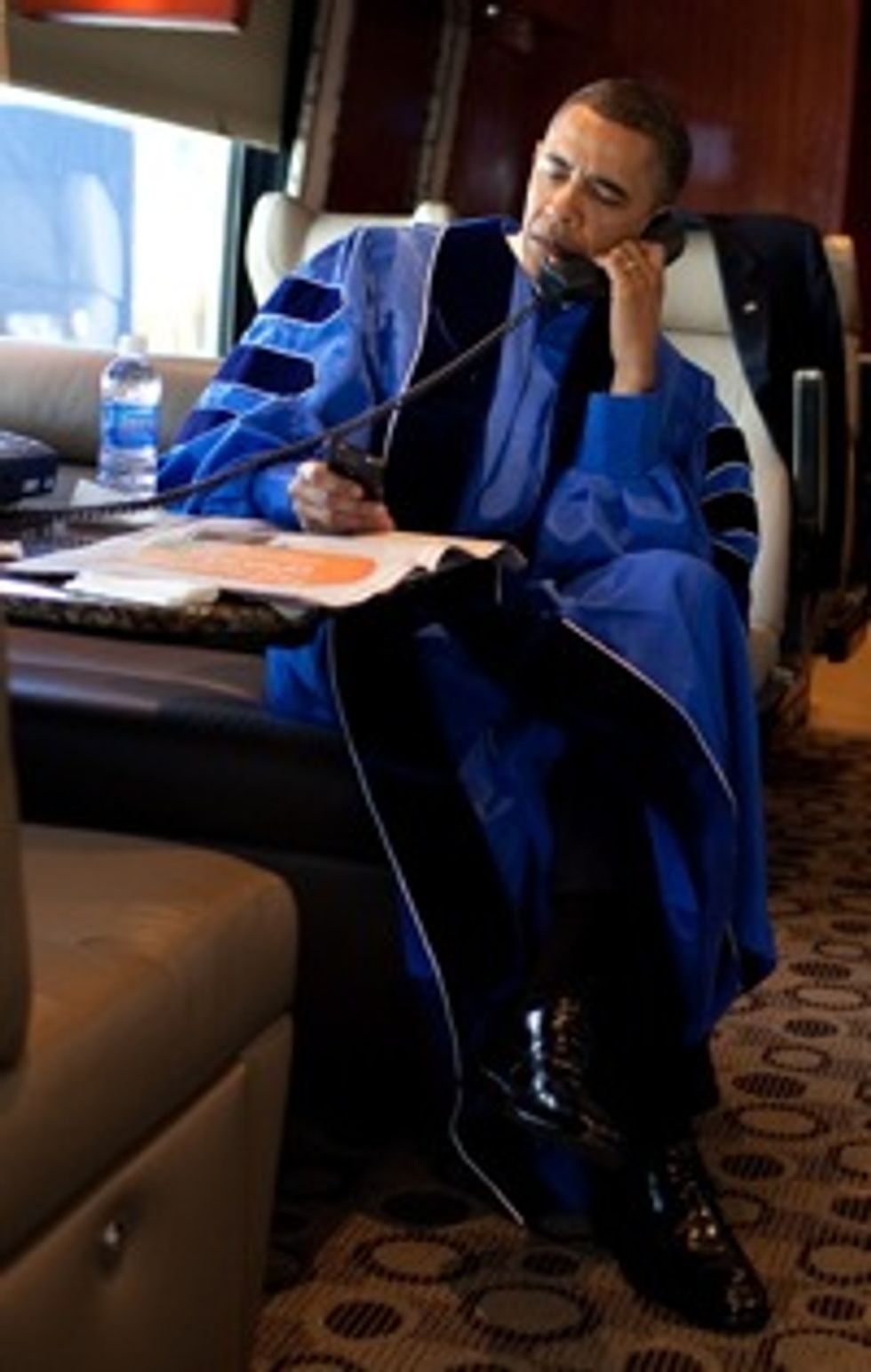 CNNasked a "language guru" (not Alvin Greene) to look at why Obama's Tuesday Oval Office speech was so STUPID THIS IS BORING STOP TALKING. The speech "may have gone over the heads of many in his audience," the article says, because it was written at a 10th-grade level.

Though the president used slightly less than four sentences per paragraph, his 19.8 words per sentence "added some difficulty for his target audience," [Global Language Monitor president J.J.] Payack said.

At a micro level, the average word in the speech contained 4.5 letters, a bit longer than is typical for the former constitutional law professor, Payack said.

WHAT DO WORDS MEAN TOO BIG NOT GET WHAT MEAN

Obama's nearly 10th-grade-level rating was the highest of any of his major speeches and well above the Grade 7.4 of his 2008 "Yes, we can" victory speech, which many consider his best effort, Payack said.

"The scores indicate that this was not Obama at his best, especially when attempting to make an emotional connection to the American people," he added.

Obama needs to learn this lesson quick. Do not expect the American people, or pundits for that matter, to have passed the 10th grade. Treat them like they're in middle school. And probably stop treating everything like it's the Manhattan Project or Apollo program. You need to lower your expectations of what the American people can do. We just are not currently at the level of being able to achieve things like creating the atomic bomb or going to the Moon. The most complex thing the American people can do right now is create YouTube montages of pictures of Justin Bieber.

UPDATE: Pareene tells us this "language guru" is an idiot fraud (because he's not Alvin Greene?). It should come as no surprise that this idiot is an American. [CNN]