Is One Of The 'Watergate Jr. Four' Boning Scott Brown's Daughter? 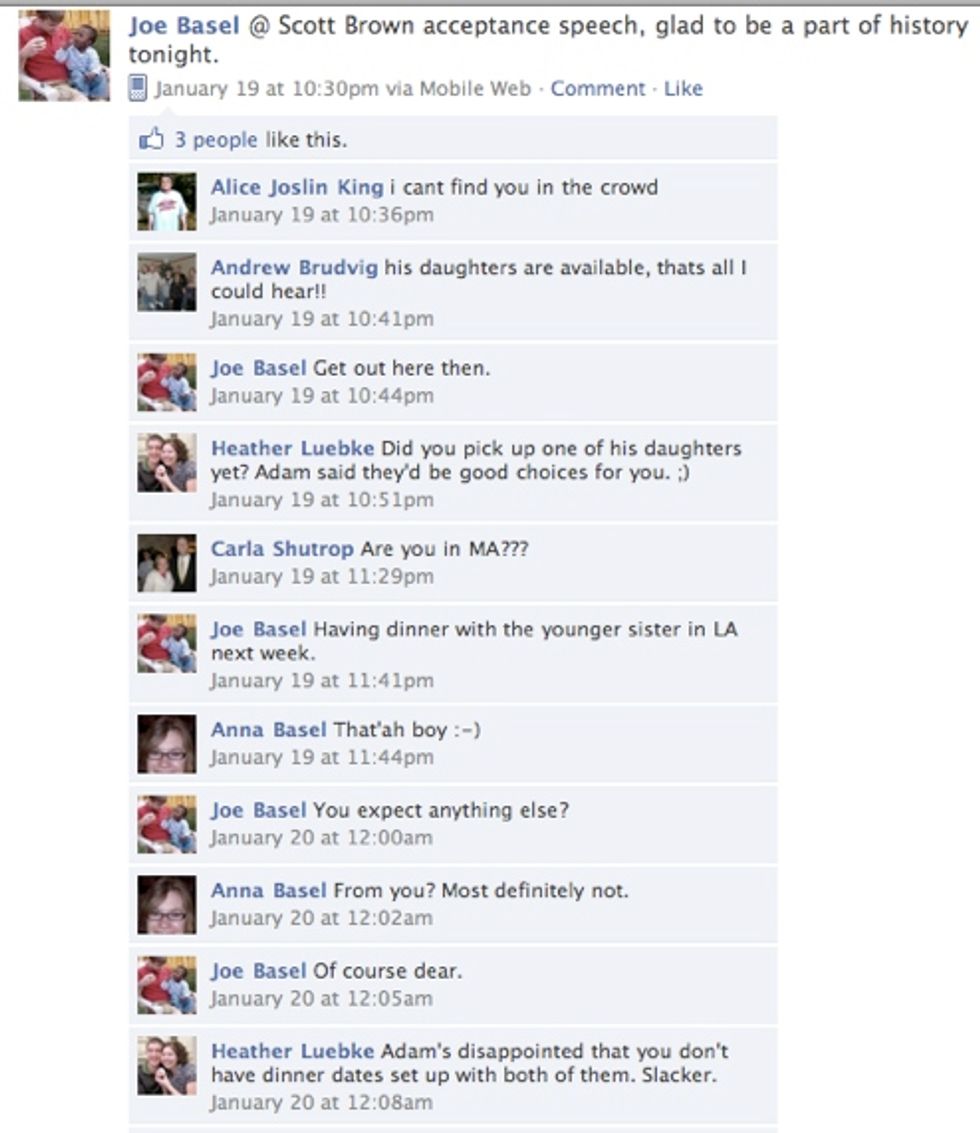 Let's go ahead and say Yes. Or at least they -- Joe Basel, one of the young gents arrested Monday with James O'Keefe, and the non-singy Scott Brown daughter -- appear to have a date scheduled, according to young master Basel's Facebook bragging which was probably just bullshit babble anyway. [Mean old Gawker who published the same tip first. ONE OF THESE DAYS, PAREENE!]