Is Rachel Brand Just Totally Selfish, Or Is She A Fucking Coward Too? 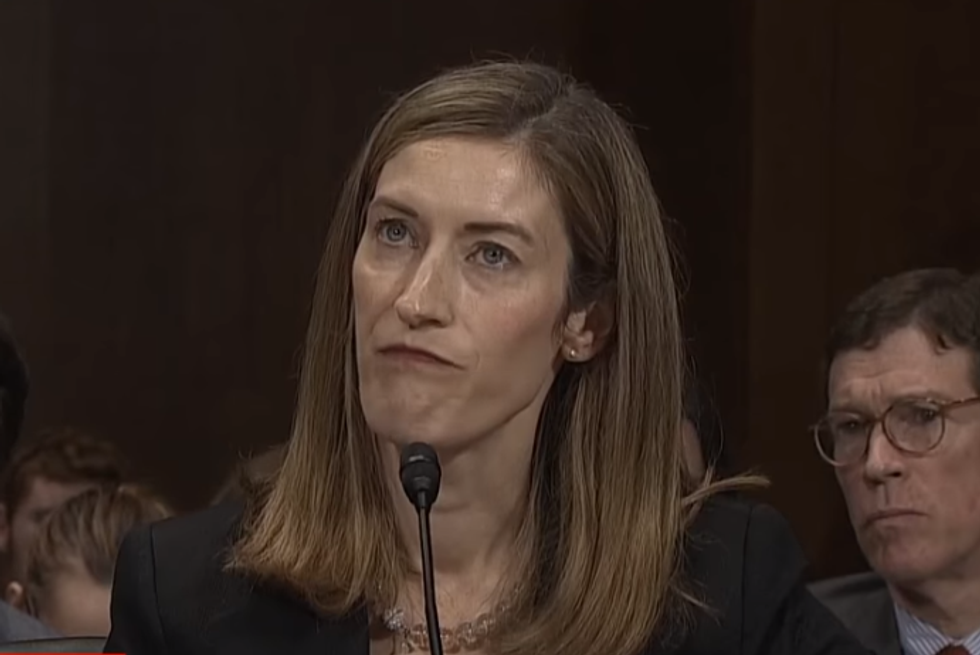 Welp. She tried. HAHA JUST KIDDING no she didn't.

We have not yet addressed the resignation of Rachel Brand, the very smart and talented number three at the Justice Department. It's bad for a variety of reasons, all of which are that if Donald Trump gets a horsefly up his rectum and decides to go ahead and fire Deputy Attorney General Rod Rosenstein for insufficiently adoring Donald Trump and/or refusing to cover up crimes for Donald Trump, oversight of the Robert Mueller investigation would fall to Brand. Or it would've, if she hadn't decided to depart Justice for greener pastures. Now that honor would fall to either Solicitor General Noel Francisco, or maybe somebody else the president arbitrarily chooses. Would those people be more willing to obstruct justice and murder their professional reputations by obeying an order to fire Mueller? Maybe!

When news of Brand's resignation broke, we tweeted this, because we are hilarious, and also half-psychic:

OK, so we didn't get it EXACTLY right. It wasn't Costco, it was Walmart. And she definitely wasn't leaving to be a common checker or greeter, she is taking a great big powerful job that is higher than greeter!

But um, well, perhaps nobody has told Rachel Brand or she doesn't care, but America and the rule of law are hanging on by a thread, and we kind of need her right now.

NBC News reports today on why Brand left, and while's it's pretty much exactly what we thought, it also pisses us off, because her reasons are just a perfect salad of cowardice and selfishness. Who is the hero we want and the hero we need? Not Rachel Brand! Why? OMG CHOKING ON DOLLAR SIGNS.

Brand grew frustrated by vacancies at the department and feared she would be asked to oversee the Russia investigation, the sources said.

She will be leaving the Justice Department in the coming weeks to take a position with Walmart as the company's executive vice president of global governance and corporate secretary ...

As far back as last fall, Brand had expressed to friends that she felt overwhelmed and unsupported in her job, especially as many key positions under her jurisdiction had still not been filled with permanent, Senate-confirmed officials.

Should Rosenstein be fired, Brand would be next in line to oversee Special Counsel Robert Mueller's investigation into Russia's meddling in the 2016 election, thrusting her into a political spotlight that Brand told friends she did not want to enter.

In times of great crisis, there are people who run toward the burning building, and there are those who run away from it. Then there is Rachel Brand, who is not only running away, she doesn't even seem to know or care that the building is on fire, but anyway she is going to Wally World, which isn't on fire, yay Wally World!

In NBC News's coverage of the Winter Olympics, a commentator said of US figure skater Mirai Nagasu that sometimes when she sees the ice, she just wants to run away, but then she gets mad at herself and says oh fuck you, I am going to show that ice who its real dad is. Nagasu this weekend became the first American woman to land a triple axel in the Olympics. In an interview, sexxxy US luge guy Chris Mazdzer said he decided not to play it safe in his competition, and that either he would crash or he'd win a medal. He won silver.

The qualifying round for Rachel Brand's Olympic event, which is called Protecting and Preserving American Democracy, is going on right this minute. Unfortunately, she decided she had bone spurs and wanted to go to Walmart instead, so she didn't even show up.

Here, have a Rachel Maddow clip about how fucked up this all is. The part where Maddow shows everybody how seething mad she is at Brand comes at the end.