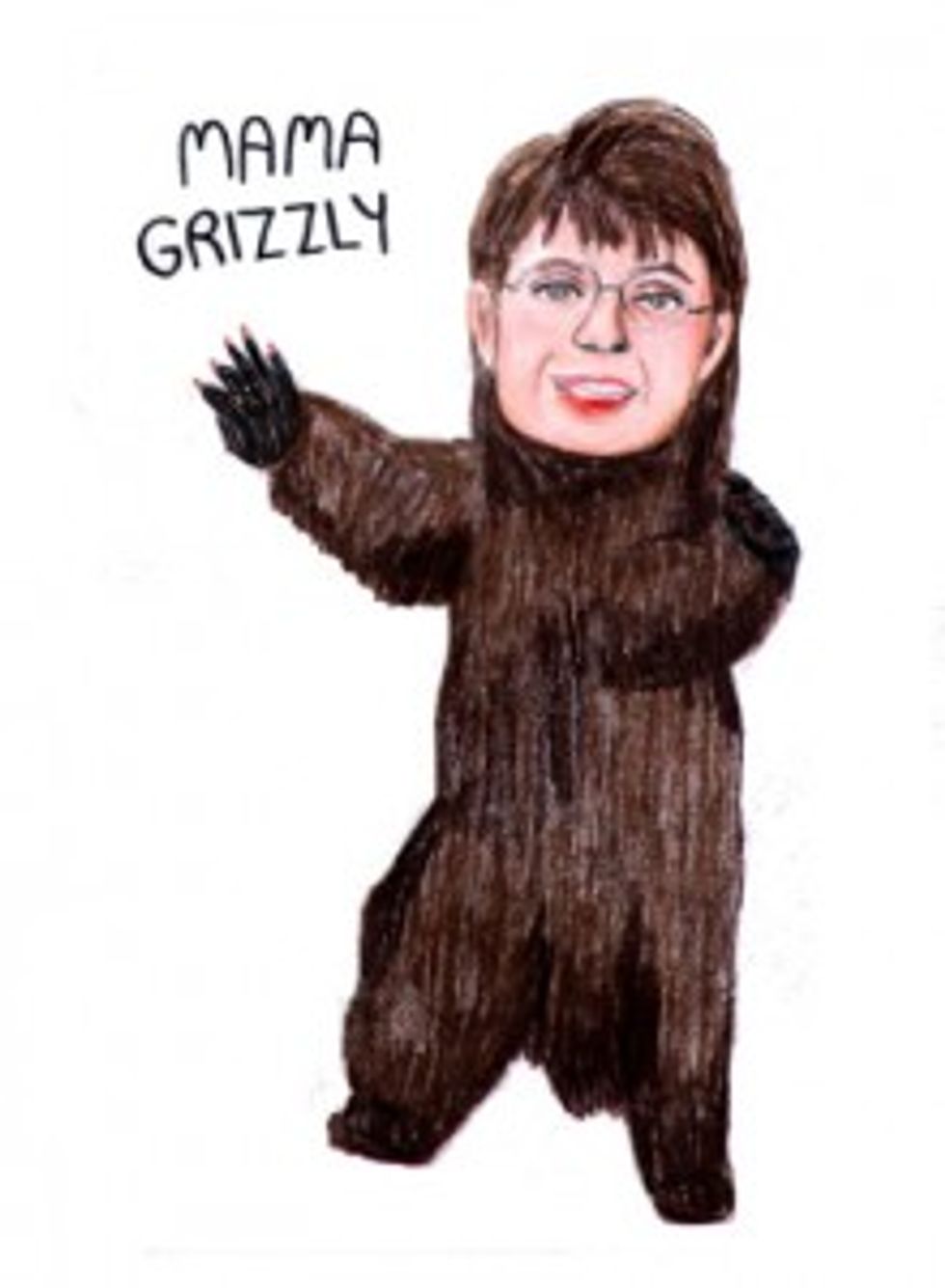 Religion/national security/energy/feminism expert @SarahPalinUSA might be losing her magical touch when it comes to stumping for the nation's Republican candidates, speculates the new peer-reviewed political science journalThe Hill. Both Washington Senate candidate Clint Didier and Wyoming wannabe governor Rita Meyer just lost their primaries despite having Palin's endorsement, joining a losers' circle that includes Georgia not-gonna-be-guv Karen Handel, Kansas senatorial failure Todd Tiahrt, and a fancy lawyer lady in Tennessee named CeCe Heil who won't be a Congresslady come November. What does this mean for Palin's own campaign -- which may or may not be real, like everything else about her?

If nothing else, it's clear there are plenty of Republican candidates out there who would love an endorsement from Palin even if it comes in just a few sentences on the former governor's Facebook page. But whether Palin is making the right friends for a potential 2012 run, if that's even her goal, is very much up in the air.

For a lot of the loser-candidates, Palin didn't give 100% -- which they should have expected! She only did a last-minute measly robo-call job for Didier, after he begged her to jump on board his sinking salmon boat of a campaign. Handel lost by a "razor-thin margin," The Hill's analyst points out, and again, Palin only swooped into that one last-minute, like a majestic tundra eagle with too many calendar appointments. As for Heil, Palin kept confusing the candidate -- an entertainment attorney with ties to the music industry -- to R&B singer CeCe Peniston, whose big hit "Finally" Palin never cared for very much. And Rita Meyer never had a chance with all her fancy school degrees, which Palin secretly thought were too progressive.

Despite this pile of losses, Palin's mavericky father figure, John McCain, will likely beat J.D. "Infomercials" Hayworth in the Arizona primary, The Hill says. That will get her back into winner's-circle territory, and probably back on the Internet to brag about how she and McCain are even closer BFFs than she and Ted Stevens ever were.

Speaking of mavericky-ness, an analyst at AOL News points out that Palin is "not following the presidential pack" in her own campaign strategy. While other potential GOP contenders -- Newt Gingrich, Tim Pawlenty, Rick Santorum -- have been visiting Iowa like crazy, munching down on Blue-Ribbon corn pies and hoping to steal the Number One slot from frontrunner Mike Huckabee, Palin's stayed away from the Important Caucus State. What does it all mean? Either that she is an independent thinker and strategist, as some experts say, or that she has no idea what's she's doing and cares too much about being famous, as other experts say. We'll know for certain in about two years -- please be patient.

What would you do if Palin became president of America and you had to take her for serious? Would you move to a different country? Anything is possible, so it might be wise to start working on a Plan B. Of course, you can always decide to do the mature thing and just accept her for who she is. [The Hill/AOL News/Washington Post]